To say that cryptocurrency had a wild 2021 is an understatement. The asset class is the very symbol of volatility, with daily moves in the double-digit percentage level common. For some of the smaller cryptos, one-year price gains of tens of thousands of percentage points are not unheard of.

Whether or not cryptocurrency gains wider acceptance and begins to lower its volatility is anyone's guess, which is part of the reason why crypto continues to garner major headlines. Here are just a few of the newsworthy highlights from the crypto world in 2021. 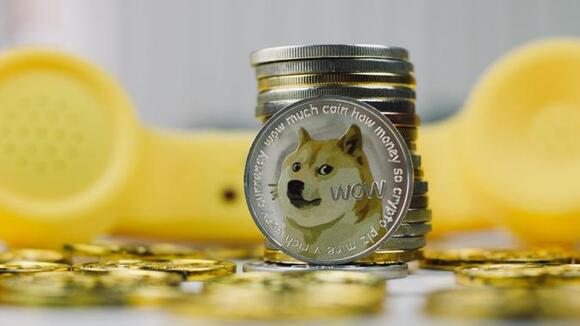 Elon Musk, the colorful CEO of Tesla and SpaceX, has been able to move markets throughout the years with his tweets. In 2021, some of his most infamous quotes have targeted cryptocurrencies. In February 2021, Musk tweeted out the simple word "Doge," referring to the whimsical cryptocurrency that started out as a joke, Dogecoin. He later followed up that tweet with two others: "Dogecoin is the people's crypto" and "I am become meme, Destroyer of shorts." Those simple tweets were enough to send the price of Dogecoin through the roof, up 60%.

Do You Know? Where Does Cryptocurrency Come From? 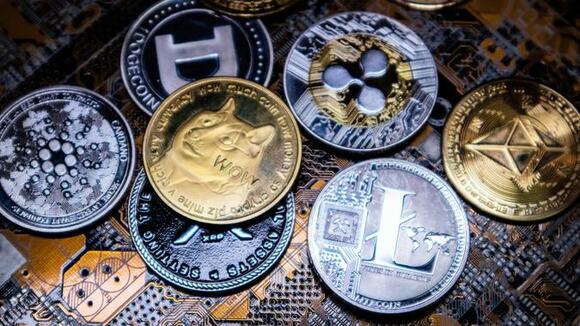 China has been working on a national digital currency since 2014, and in 2021, it began its first real-world trials of the digital yuan in circulation. Fan Yifei, deputy governor of the PBOC, has been quoted as saying that cash and coins are expensive to produce and harder to use than digital currencies, and its widespread use should help reduce systemic risk in the country's payment systems. The country also no doubt wants to take control of the digital currency space rather than relegating it to decentralized and uncontrolled cryptos like Bitcoin.

Beyond Bitcoin: Looking at Some Crypto Financial Jargon 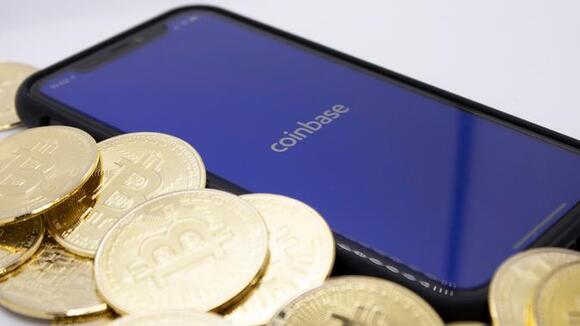 Coinbase is the largest cryptocurrency trading platform in the world. When it went public in April 2021, it brought major publicity to the crypto market and legitimized the trading platform in the eyes of some investors. Trading under the symbol COIN, the company's direct listing reference price was $250, but it ended its first day on the market at about $328, giving it a valuation approximating $86 billion.

Find Out: Why Some Money Experts Believe In Bitcoin and Others Don't 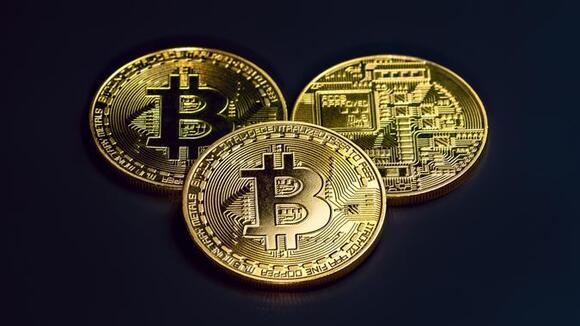 After shooting up above $64,000 in April 2021, which was an all-time high at the time, Bitcoin reversed course and trended viciously downward. By July 2021, the price of one Bitcoin had fallen below $30,000, marking a loss of more than 50% in just a few months. A combination of a stock market selloff, a reduction in the risk appetite of investors overall and the crackdown on a crypto services firm in New Jersey were among the headlines dragging the crypto's price down.

Read: How To Invest In Cryptocurrency: What You Should Know Before Investing 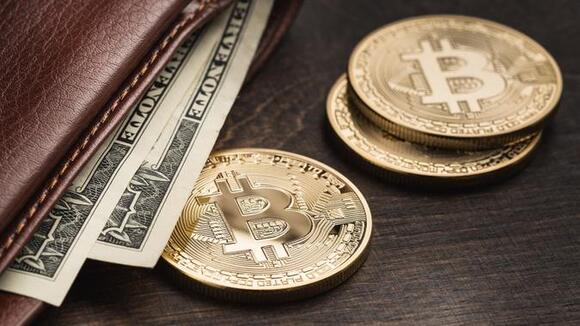 In a move that cryptocurrency owners around the globe had long awaited, El Salvador became the first country to accept Bitcoin as legal tender in September 2021. Those with a vested interest in the broader adoption of Bitcoin, such as crypto trading platform Bitmex's CEO Alex Hoeptner, believe that as many as five countries in the developing world will adopt crypto as legal tender by the end of 2022. This may indeed be possible if El Salvador's Bitcoin adoption works out smoothly over time.

Binance Coin (BNB): Why It's So Interesting to the Cryptocurrency World 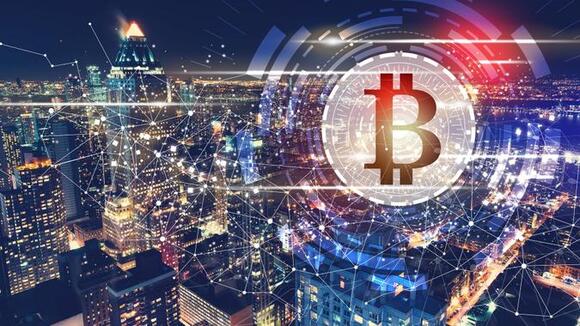 Just when it seemed as if countries around the globe might ride El Salvador's coattails and make cryptocurrency legal tender, China clamped down and did the exact opposite. In late September, just weeks after El Salvador made its historic announcement, China banned cryptocurrency mining and all crypto transactions within the country. This doesn't mean that China is completely out of the crypto game, however. In fact, the ban seemed to pave the way for the expansion and acceptance of China's own government-sponsored digital currency, the digital yuan.

See: Is Crypto a Sinking Ship? Money Experts Weigh In 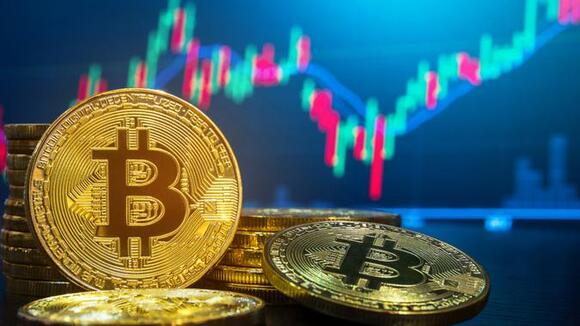 Investors have long clamored for a Bitcoin ETF, and on Oct. 18, the first publicly traded Bitcoin ETF became available. Issued by ProShares, the Bitcoin Strategy ETF trades under the symbol BITO and allows investors to gain access to the Bitcoin market via a security that trades like a stock. As many major brokerages still don't allow Bitcoin trading, this ETF greatly expanded access to Bitcoin trading to general investors, marking a significant development in cryptocurrency trading.

Take a Look: The 10 Wildest Things Selling as NFTs 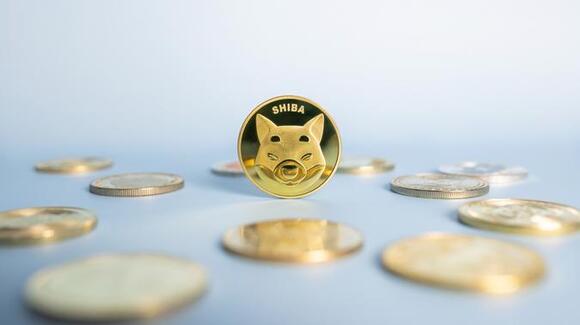 Shiba Inu is another dog-related meme cryptocurrency in the fashion of Dogecoin, and its price movements have been even more spectacular. As of Dec. 3, the price of Shiba Inu is a minuscule $0.00004149, which seemingly makes it valueless. However, the crypto started the year at just $0.000000000074, making its YTD gain an incomprehensible 56 million percent, even after a massive selloff or more than 50% since its high of $0.00008845 in October. 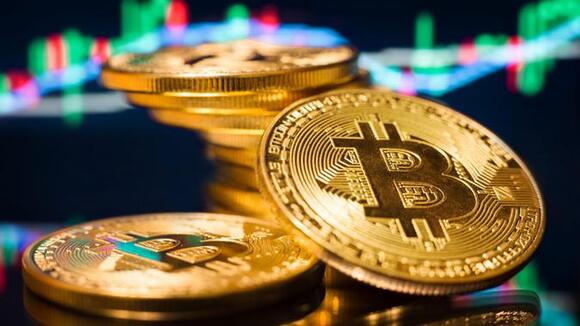 After hitting its summer low below $30,000, Bitcoin reversed course and began rallying strongly into November 2021. Although trading was volatile along the way, investors began plowing back into the crypto and pushed it to its most-recent all-time high of $68,778.48. For investors who bought in at the summer lows, this represented a return of about 130% in four months. A combination of inflation fears and general stock market exuberance, with investors taking a "risk-on" approach, helped fuel Bitcoin's gains. 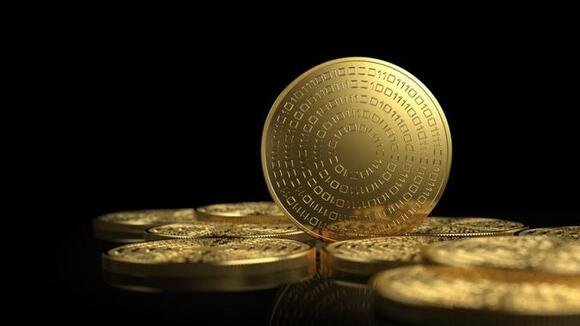 On the back of the rally in Bitcoin and other cryptos, the cryptocurrency market as a whole reached a combined market cap of $3 trillion for the first time on Nov. 8. Given that cryptocurrencies have no intrinsic value, and that speculation has played a major role in these lofty price levels, a $3 trillion market cap is astonishing, especially when factoring in that the total crypto market cap was $2 trillion just a few short months prior, in August 2021. By way of comparison, the world's most valuable company, Apple, has a market cap of about $2.6 trillion.

This article originally appeared on GOBankingRates.com : Bitcoin’s Highs and Lows — And More From Cryptocurrency’s Wild 2021

Bitcoin Trends for 2022 From the Experts

Bitcoin opened in 2021 with a strong performance and saw a rapid increase in both adoption and interest throughout the year. The crypto had many milestones, from the first Bitcoin-linked...
CURRENCIES・14 HOURS AGO
GOBankingRates

Did you get swept up in the cryptocurrency hype in 2021? If you didn't, maybe you're considering investing now. It's not too late to reap big rewards with Bitcoin, Ethereum, or any of the "altcoins,"...
STOCKS・1 DAY AGO
GOBankingRates

It's now official: Tesla has started accepting Dogecoin as payment for some of the company's merchandise following weeks of rumors, pushing Dogecoin's price higher and further solidifying Tesla CEO...
STOCKS・1 DAY AGO
The Motley Fool

Are these programmable cryptos on your watchlist?
MARKETS・20 HOURS AGO

Despite volatility, these three top tokens are moving in the right direction again.
CURRENCIES・16 HOURS AGO
ambcrypto.com

The Great Mining ban of July had a profound impact on the mining industry as after the ban the Bitcoin network lost more than 50% of its hash rate. The widespread effect was as such that miners from other parts of the world gained an advantage and the distribution of the hashing power strengthened the network’s security.
ECONOMY・21 HOURS AGO
The Motley Fool

Bitcoin Miners: A Study in Volatility

When the Kazakhstan government shut down the internet it took 88,000 regional Bitcoin mines offline, causing the global hashrate to fall nearly 11%.
CURRENCIES・21 HOURS AGO

2 Dirt-Cheap Cryptocurrencies That Could Soar in 2022

Want an affordable cryptocurrency poised to skyrocket? Look no further than The Sandbox and Polkadot.
MARKETS・2 DAYS AGO
The Motley Fool

My Top 3 Cryptocurrencies to Buy in January

These cryptocurrencies aren't just valuable, they're building real utility for the digital economy.
MARKETS・2 DAYS AGO
The Motley Fool

The stock is being dragged down by the dramatic sell-offs in technology stocks and cryptocurrency assets.
STOCKS・1 DAY AGO
Forbes

The tide in the crypto market has turned. Today the bitcoin price sank 4%. The price of the second-largest crypto, ethereum, is down 3.5%. Meanwhile, the BNB price slipped 1.9%, cardano 3.3%, XRP 3.4%, and solana 4.9%. However, there’s a major development on Capitol Hill that could turn cryptocurrency prices...
CONGRESS & COURTS・1 DAY AGO

Each of these projects are well positioned to exploit hyperpopular blockchain trends this year. In 2022, we can expect to see continued growth in the metaverse, non-fungible tokens (NFTs), and decentralized finance (DeFi). Proven projects that support one or more of those growth areas should do well this year. Three...
MARKETS・1 DAY AGO
The Motley Fool

Could central banks regulate out demand for decentralized cryptocurrencies?
CURRENCIES・1 DAY AGO
The Motley Fool

The potential for real-world utility is critical, something this token doesn't have.
STOCKS・1 DAY AGO
The Motley Fool

The once-booming meme coin has come crashing back to reality.
STOCKS・1 DAY AGO
The Motley Fool

A near-term catalyst and the potential for continued innovation support the bull case for this cryptocurrency.
STOCKS・2 DAYS AGO
dailyhodl.com

The price of Ethereum (ETH) challenger Near (NEAR) is surging after completing a new funding round. From a low of $13.38 on Monday, the altcoin hit a high of $19.92 on Thursday following reports that the Near Foundation just raised $150 million in additional investments. Three Arrows Capital CEO Su...
MARKETS・1 DAY AGO
The Motley Fool

Why Dogecoin, Monero, and Harmony Are Soaring Today

These three tokens are so different yet moving in the same direction today.
BUSINESS・2 DAYS AGO
FXStreet.com

Bitcoin Weekly Forecast: BTC eyes retest of $50,000. Bitcoin price shows a resurgence of retail interest as it bounced off a crucial psychological level. The recent uptrend is preparing a base on a short-term time frame so BTC can kick-start a larger leg-up. Interestingly, on-chain metrics are lining up with the bullish outlook portrayed from a technical perspective. An uptrend now seems inevitable for BTC and, therefore, the larger ecosystem.
CURRENCIES・1 DAY AGO