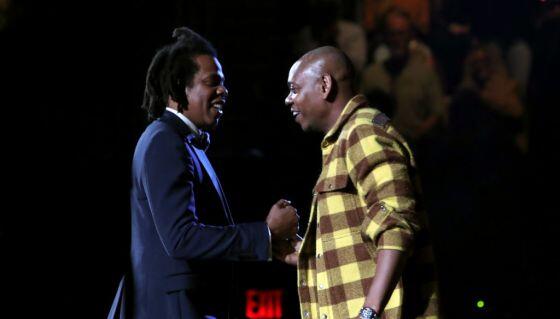 T he show must go on! If there were any lingering questions as to how Netflix feels about working with Dave Chappelle anymore, then his inclusion in the platform’s upcoming comedy showcase is a clear seal of approval that he is not leaving their fold any time soon.

The 11-day Netflix Is A Joke Festival will also feature names like Kevin Hart, David Letterman, Wanda Sykes, and more than 130 other jokesters yukking it up all over Los Angeles starting April 28, 2022.

The Netflix is a Joke fest was initially slated to happen last April, but the pandemic halted the affair. And a delay that was supposed to last for a few weeks has turned into a two-year setback. With the loosening of coronavirus restrictions and a growing return to normalcy, though, Netflix is ready to resume its plans of entertaining visitors and residents all throughout the City of Angels.

Robbie Praw, Netflix’s Stand-up and Comedy Formats director, was enthusiastic about the project in his press statement. “It’s absolutely thrilling for Netflix to be hosting a comedy festival of this magnitude in Los Angeles,” he said. “We were so disappointed to postpone the event last spring and our line-up of comedians can’t wait to bring much needed laughs to audiences in LA and around the world on Netflix. Netflix Is A Joke Festival is going to give comedy fans the opportunity to see the greats and discover new voices in one of the greatest cities in the world.”

Some other noteworthy tidbits about the event include:

Presales for the event begin tomorrow, December 7, and tickets will be available to the general public three days later on Friday, December 10 at 10 a.m. at netflixisajokefest.com .

Dave Chappelle opened up to TMZ about the death of his friend and fellow comedian, Bob Saget. Chappelle, 48, was performing Thursday night, Jan. 13, at the Peppermint Club in West Hollywood when TMZ’s cameras caught up with him, and noted that mortality has been on his mind. The...
CELEBRITIES・6 DAYS AGO
kxel.com

“These moments are precious…” On stage, Dave Chappelle regrets not texting back his “comrade” Bob Saget

(NOTE LANGUAGE) On stage on Thursday night, Dave Chappelle mourned the loss of his friend and fellow stand-up Bob Saget, who was found dead in his Orlando hotel room on Sunday. His comments during a performance, which TMZ said was at West Hollywood’s Peppermint Club, were posted by the gossip...
CELEBRITIES・7 DAYS AGO
AOL Corp

'[Bob] just text me and I saw the text yesterday and never texted him back because I was just busy,' the comedian shared.
CELEBRITIES・7 DAYS AGO

Aziz Ansari has a new comedy special on the way. Netflix announced Aziz Ansari: Nightclub Comedian, his fourth special for the streaming service, premiering on January 25. Aside from its name and premiere date, all we know of the special is what's on the poster, below. It reads, "An Intimate Surprise Gig Filmed in New York City, December 2021." Perhaps it's a recording of the surprise Comedy Cellar show he did that month, where he revealed his engagement to forensic data scientist Serena Skov Campbell. Stay tuned.
TV & VIDEOS・9 DAYS AGO
Newsbug.info

Dave Chappelle regrets not texting Bob Saget back before he died: People are ‘dying like hotcakes’

Dave Chappelle experienced firsthand how short life can be with the recent death of Bob Saget. During a Thursday night comedy set at the Peppermint Club in West Hollywood, California, the controversial comedian openly grieved the unexpected loss of his close friend and former colleague. “Tomorrow I’m going to go...
WEST HOLLYWOOD, CA・6 DAYS AGO
Bakersfield Californian

Comedians love Bakersfield, but Kevin Hart really loves us. After performing two back-to-back shows Sunday at the Fox Theater, he's already signed on for two more performances on Feb. 4. Just as his first show sold out within hours and a second late-night show was announced the next day, Hart's...
BAKERSFIELD, CA・3 DAYS AGO
talentrecap.com

FOX competition show hosts Will Arnett and Ken Jeong are collaborating with Arnett’s newest Netflix series. Netflix recently announced Arnett as the star of their newest crime comedy show, Murderville. This new series announced recently is for the lovers of crime television, with a bit of a spin. Instead...
TV & VIDEOS・7 DAYS AGO

2007’s Knocked Up was really the comedy that propelled Seth Rogen's performing career to the next level before he went on to star in more of his memorable movies such as Pineapple Express, This Is the End and Neighbors. As the movie approaches its 15-year anniversary, the actor has talked one moment in the movie that he recalls as being “fucked up,” especially for his co-star Jay Baruchel.
MOVIES・22 HOURS AGO
BGR.com

Netflix on Friday released the third season of Ricky Gervais' emotionally wrenching series After Life. And that, right there, tells you something about how important this project is to the comedian and actor — whose TV shows, until now, have tended to follow a simple rule. Two seasons, and that's it. But this story, the one at the heart of After Life, is one of the most profound creative projects the sometimes controversial funnyman has ever produced in his career. And if this story of a widower who works as a small-town journalist doesn't make you cry at least once, inside of you there beats a heart that's just not working right.
TV SERIES・6 DAYS AGO
Page Six

Dave Chappelle has been performing live at the Apollo — in Paris. The comedian has been in the City of Light, we hear, with the co-hosts of his hit podcast, “The Midnight Miracle.” Sources said Chappelle was performing a run of sold-out gigs at the Apollo Théâtre with Yasiin Bey (the rapper/actor formerly known as Mos Def) and Talib Kweli.
CELEBRITIES・5 HOURS AGO
Deadline

Dave Chappelle regrets that he missed his last chance to speak with Bob Saget. During a Thursday night comedy set at the Peppermint Club in West Hollywood, Chappelle spoke about how he missed a final text from Saget. “Tomorrow I’m going to go lay my comrade to rest,” Chappelle said, according to video footage posted to TMZ on Friday. “Listen, I’m getting old, so a lot of people I know die… I started doing this comedy young. All of my peers are older than me. These [N-Words] is dying like hotcakes, but I didn’t see [Bob’s death] coming.” “[Bob] just text me and I saw the text yesterday and never texted him back because I was just busy. Yeah, it happens,” said Chappelle. “I’m just saying this to remind you: these moments are precious. When I come out at night, I’m not just hanging out; I’m making memories. S—, when I go out at night, I’m making history.” Saget died on Jan. 9 at 65. His private funeral for friends and family was held Friday in Los Angeles.
CELEBRITIES・6 DAYS AGO

Jon Stewart will receive the John F. Kennedy Center for the Performing Arts’ 23rd Mark Twain Prize for American Humor, the organization announced today. The award will be presented at a gala performance on Sunday, April 24, in the Kennedy Center Concert Hall. “I am truly honored to receive this award,” Stewart said in a statement. “I have long admired and been influenced by the work of Mark Twain, or, as he was known by his given name, Samuel Leibowitz.” The Mark Twain Prize for American Humor recognizes individuals who have had an impact on American society in ways similar to the...
CELEBRITIES・2 DAYS AGO
tvseriesfinale.com

Murderville is coming to Netflix next month. The streaming service has announced a premiere date and released photos of the new series starring Will Arnett. The “procedural crime comedy” follows Arnett and celebrity guests as they try to solve scripted murder mysteries. Annie Murphy, Conan O’Brien, Ken Jeong, Kumail Nanjiani, Marshawn Lynch, and Sharon Stone are all set to guest on the series.
TV SERIES・7 DAYS AGO
liveforlivemusic.com

This week's new entertainment releases include a new album from the legendary group The Temptations, the latest addition to the animated "Ice Age" franchise and a new series on HBO by "Downton Abbey" creator Julian Fellowes called "The Gilded Age" and starring Carrie Coon, Morgan Spector, Cynthia Nixon and Christine Baranski
NFL・3 HOURS AGO
Popculture

If there's one thing audiences can't get enough of, it's crime shows! With twists and turns at every corner, the genre has long been a staple among fans across various networks. But Netflix is kicking it up another level with its newest murder-mystery, a comedy called Murderville out next month. Starring Will Arnett as Senior Detective Terry Seattle of the Homicide Division, Murderville isn't your run-of-the-mill crime show. The series has a unique twist to it — namely, that it's largely improvised.
TV SERIES・7 DAYS AGO
Variety

Just For Laughs Comedy Festival Set for U.K. Debut at London’s The O2

Just For Laughs, the largest comedy festival in the world, is collaborating with live entertainment company AEG Presents to debut the event at London’s The O2 in 2023. The annual comedy festival, Just For Laughs London, will bow March 2-5, 2023 and will feature solo shows, live podcast recordings, in-conversation events and cast panels from U.K.-based artists and international stars. Famously, U.K. comedy icon Rowan Atkinson introduced Mr. Bean to global audiences at the Montréal Just For Laughs festival in 1987. Despite having no dialogue at all, Atkinson insisted that Bean be presented in the French section of the program rather than...
WORLD・1 DAY AGO
Deadline