4 of the Safest Dividend Stocks That'll Help You Crush Inflation

Rising inflation is wreaking havoc on many high-growth stocks as investors fret over higher costs and reduced future valuations. Higher interest rates, which counter inflation, are also sparking fears of an economic slowdown and causing investors to rotate from dividend stocks toward lower-risk bonds.

Faced with these challenges , it might seem like a bad idea to buy dividend-paying tech stocks. However, these four tech dividend stocks should remain resilient and easily withstand the upcoming inflation-related challenges. 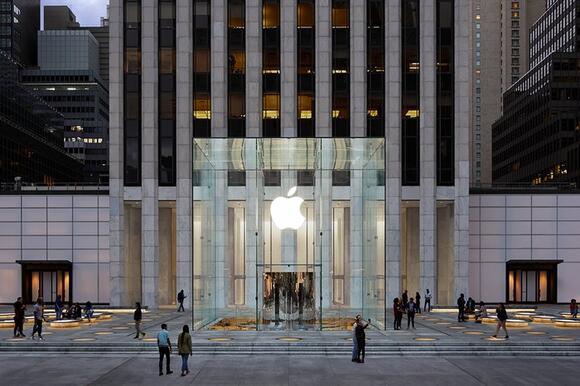 Apple (NASDAQ: AAPL) only pays a forward dividend yield of 0.5%, but its low payout ratio of 15% indicates there's still plenty of room for much higher payments. Apple's stock price has risen nearly 270% over the past three years, but it still doesn't look terribly expensive at 29 times forward earnings.

Apple is an inflation-resistant company for two simple reasons. First, it has the clout to negotiate more favorable prices from its suppliers. Second, it probably won't lose a lot of its loyal customers if it charges higher prices for its hardware since they're already firmly locked into its software ecosystem.

Apple has also consistently executed big stock buybacks, which have reduced its outstanding shares by nearly 22% over the past five years. Spending more cash on those buybacks, which boosts the value of its remaining shares, is a better strategy than letting its cash stagnate in an inflationary environment.

Apple will face a near-term slowdown as it grapples with supply chain constraints, but its long-term outlook is still bright. Its services ecosystem continues to expand, and it will eventually expand into new next-gen markets like augmented reality, virtual reality, and connected cars.

Verizon (NYSE: VZ) pays a forward dividend yield of 5%. The telecom giant has raised that dividend annually for 15 straight years, and it's spent less than half of its earnings per share on those payments over the past 12 months. The stock also trades at just nine times forward earnings.

At first glance, Verizon seems like a lackluster investment. It's declined more than 10% over the past three years as the S&P 500 has risen nearly 70%.

However, Verizon's stock will likely remain stable as rising inflation and higher interest rates rattle the markets. As the largest wireless carrier in the U.S., Verizon can likely pass on most of its higher costs onto consumers without significantly increasing its churn rates. It's also a more streamlined company than AT&T (NYSE: T) , which is still trying to undo the damage of the debt-fueled expansions of its media and pay-TV ecosystems.

Verizon's stable returns, sticky ecosystem, high dividend, and low valuation will all make it an ideal safe-haven stock in an inflationary market.

Qualcomm (NASDAQ: QCOM) , one of the world's largest mobile chipmakers, pays a forward dividend yield of 1.5%. It's raised its annual payout over the past two years, and it's only spent about a third of its earnings on its dividends over the past 12 months.

Qualcomm's two main businesses are both well-insulated from inflation. Its Snapdragon system on chips (SoCs), which bundle together a mobile CPU, GPU, and baseband modem, power most of the world's high-end smartphones. They can also be found in virtual reality headsets , cars, and drones. The secular growth of those markets will give Qualcomm plenty of pricing power.

Its licensing business, which leverages its portfolio of wireless patents to earn a cut of every smartphone sold worldwide, also generates a stable stream of high-margin revenue. It then plows a large portion of that excess cash into big buybacks and dividends.

Qualcomm's stock has already risen more than 200% as investors have recognized those long-term strengths, but it still looks cheap at 17 times forward earnings.

Texas Instruments (NASDAQ: TXN) manufactures a wide range of analog and embedded chips for consumer electronics, cars, industrial machines, and other markets. These chips aren't as powerful as Qualcomm's mobile chips, but they're just as essential and less capital-intensive to produce.

Unlike Qualcomm, which outsources the production of its chips to third-party foundries, TI manufactures its own chips in-house. That business model insulates it from the ongoing chip shortage, and its cost-cutting migration from 200mm to 300mm wafers over the past few years enabled it to significantly reduce its own manufacturing costs and boost its gross margins.

TI's business is naturally resistant to inflation since it has much better control over its own supply chain and operating expenses than other chipmakers, and it generates plenty of excess cash for buybacks and dividends. It reduced its number of outstanding shares by 46% between 2004 and 2020, and it's raised its dividend annually for 18 straight years. It currently pays a forward dividend yield of 2.4%, which is supported by a sustainable payout ratio of 52%.

TI's stock has more than doubled over the past three years, but it still trades at 23 times forward earnings. That reasonable valuation, along with its healthy yield and stable business, makes TI a reliable and inflation-resistant tech stock.

10 stocks we like better than Texas Instruments
When our award-winning analyst team has a stock tip, it can pay to listen. After all, the newsletter they have run for over a decade, Motley Fool Stock Advisor , has tripled the market.*

They just revealed what they believe are the ten best stocks for investors to buy right now... and Texas Instruments wasn't one of them! That's right -- they think these 10 stocks are even better buys.

Building wealth is easy when you owns stakes in high-quality businesses.
STOCKS・18 HOURS AGO
The Motley Fool

A sell-off is a good opportunity to buy shares of these three companies.
STOCKS・1 DAY AGO
The Motley Fool

The semiconductor star gives investors many ways to profit.
STOCKS・15 HOURS AGO
The Motley Fool

These three top growth names are already down a lot and trade at fair prices, but could become really huge bargains if the market falls more amid rising interest rates.
STOCKS・16 HOURS AGO

These fast-growing stocks from the ETF guru's portfolios could make investors rich over the coming decade.
STOCKS・1 DAY AGO
The Motley Fool

Block is down 43% over the last 12 months and is trading well below its competition in the digital payments atmosphere.
STOCKS・17 HOURS AGO
The Motley Fool

After posting record-setting gains last year, SHIB is now down roughly 14% in 2022.
STOCKS・1 DAY AGO
The Motley Fool

Should You Invest in Cannabis Stocks in 2022?

Alphabet, Ambarella, and Qualcomm will all profit from the growing demand for AI services and chips.
MARKETS・16 HOURS AGO
The Motley Fool

Which food delivery platform is a better overall investment?
ECONOMY・14 HOURS AGO
The Motley Fool

2 Dominant Defense Stocks to Buy in 2022 and Beyond

This pair of defense contractors lets investors go on the offense with their portfolios.
STOCKS・15 HOURS AGO
The Motley Fool

Why AMC and GameStop Are Tumbling Today

There may be more reasons than just an overall big day down on the market.
STOCKS・12 HOURS AGO
The Motley Fool

Can You Retire a Millionaire With ETFs Alone?

Find out if they're your ticket to fortune.
MARKETS・16 HOURS AGO
The Motley Fool

These two biotechs have potential catalysts to look forward to in 2022.
STOCKS・13 HOURS AGO
The Motley Fool

Find out why the market was on a downward trajectory Tuesday morning.
STOCKS・14 HOURS AGO
The Motley Fool

Is This Stock January's Best Buy After Its CEO Added Shares?

Insiders sell stocks for many reasons but usually buy for only one.
STOCKS・13 HOURS AGO
The Motley Fool

Shares of the Facebook parent company are getting beat up amid a market sell-off. This could be a buying opportunity.
STOCKS・11 HOURS AGO
The Motley Fool

Does Jefferies Financial Group Belong in Your Dividend Portfolio?