While the SPDR S&P 500 ETF is only 3.5% off its all-time high, some stocks have been crushed over the past week. Shares of Lemonade (NYSE: LMND) dropped 17% last week, totaling a 61% fall year to date. The past quarter for eXp World Holdings (NASDAQ: EXPI) -- despite putting up near triple-digit revenue growth -- has been rough, with shares dropping more than 30%.

Just because these stocks are currently out of favor with investors doesn't mean they are low-quality companies. In fact, I think that investors should take the opportunity to buy these stocks on the dip. Lemonade and eXp are being hit hard, but these strong businesses have bright futures ahead of them. 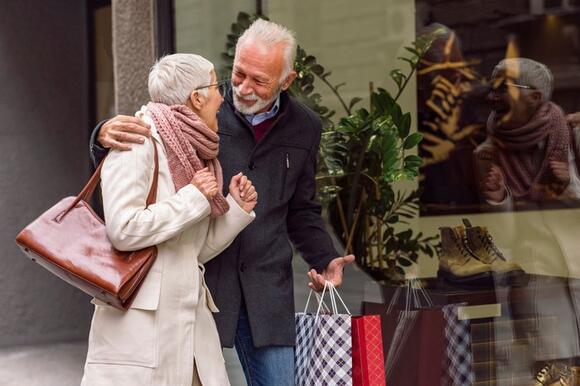 Lemonade: Bringing AI to the spotlight

Lemonade showed nothing but strength in its most recent quarterly report as the AI-based insurance company continued the rapid expansion of its product offerings. When Lemonade came public in July 2020, it got lots of interest from investors because of its dependency on artificial intelligence (AI) -- which could approve applicants and claims in minutes. However, the hype around its AI started to fade in early 2021 as the IPO hype wore off, and shares have been sinking since.

The company has been rapidly expanding its offering by launching car and life insurance in 2021. Its car insurance launch is being facilitated by the acquisition of Metromile , which it announced in its third quarter. Lemonade is buying Metromile for $200 million, net of cash, in an all-stock deal. Lemonade will also receive the immense dataset that Metromile has complied over its seven-year operating history. Metromile has insurance licenses in 49 states and data on over 400 million road trips and billions of miles driven.

All of this data could make Lemonade's AI more efficient for approving car insurance applicants and claims. As it launches new products, Lemonade has seen increases in it its net loss ratio -- the ratio of how much of its premium it has to pay out in claims. The company's long-term goal is to have its loss ratio below 75%, but it has been higher in 2021 because it can give its AI systems time to learn and make effective decisions in new markets. This massive influx of data from Metromile, however, could give its car insurance a head start and make more effective decisions from the get-go instead of learning as it matures.

The company's loss ratio in Q3 was 77%, above the 75% goal Lemonade has for itself. This has primarily been because its AI is still learning how to manage and optimize its new products. This has resulted in a net loss of $66 million for the quarter, which was 186% of revenue. While this net loss is not pretty, the company expects that as its AI matures in its new offerings and its loss ratio declines, net losses will become a smaller percentage of revenue. The acquisition of Metromile helps this with the large influx of data so that Lemonade's AI doesn't have to start from scratch with its car insurance.

Lemonade has over 1.3 million customers and it was one of the fastest insurance companies to reach its first million customers. The speed and rapid growth of its business will obviously come with hiccups and temporary inefficiencies, but as the company continues to scale, these bumps will likely smooth out. Lemonade's valuation has been cut by over 75% from its high to land at 27 times trailing sales, leaving a great opportunity for investors to buy this company at a major discount from earlier this year. If you liked Lemonade at the beginning of this year, you might want to consider doubling down on the stock.

Shares of eXp are down more than 30% over the past three months. During that time, the company posted amazing revenue growth of 97% year over year to $1.1 billion and net income growth of 60% to almost $24 million. eXp is a traditional real estate company that has a unique edge: Its services are completely online. With no in-person offices, eXp has room to expand into nearly any market it wishes, and this ability has been exercised and is the reason for its massive revenue expansion.

eXp's eyes are set on international markets, expanding into Panama and Germany in Q3. Currently, eXp operates in 16 countries, Hong Kong, and Puerto Rico, and this expansion is being helped by its agent incentives. Agents can receive thousands of dollars in stock in their first year, and their commission per deal is higher than most competitors.

Thanks to its ability to attract the best agents and expand anywhere in the world, the company has become wildly successful, and unless the incentives change, this trend will likely continue. eXp is trading at less than 2 times sales, falling from the 6 times sales it was valued at earlier this year despite continued businesses execution.

eXp is a profitable, fast-growing company with two key competitive advantages, yet it trades at rock-bottom multiples. I see eXp as a steal right now at a 58% discount off its all-time high. If the market continues to sell off high-quality growth stocks and eXp continues to get hammered, I will likely add to this impressive company.

10 stocks we like better than Lemonade, Inc.
When our award-winning analyst team has a stock tip, it can pay to listen. After all, the newsletter they have run for over a decade, Motley Fool Stock Advisor , has tripled the market.*

They just revealed what they believe are the ten best stocks for investors to buy right now... and Lemonade, Inc. wasn't one of them! That's right -- they think these 10 stocks are even better buys.

A sell-off is a good opportunity to buy shares of these three companies.
STOCKS・1 DAY AGO
The Motley Fool

These fast-growing stocks from the ETF guru's portfolios could make investors rich over the coming decade.
STOCKS・1 DAY AGO
The Motley Fool

These three top growth names are already down a lot and trade at fair prices, but could become really huge bargains if the market falls more amid rising interest rates.
STOCKS・17 HOURS AGO
The Motley Fool

The semiconductor star gives investors many ways to profit.
STOCKS・16 HOURS AGO

Missed Out on Shiba Inu? Here's What to Buy Now

This player has a catalyst that may spark near-term and long-term gains.
STOCKS・18 HOURS AGO
The Motley Fool

Why BioNTech, Moderna, and Novavax Stocks Are Sinking Today

Investors are weighing results from an Israeli study and recent comments from Moderna's CEO.
STOCKS・12 HOURS AGO
The Motley Fool

Block is down 43% over the last 12 months and is trading well below its competition in the digital payments atmosphere.
STOCKS・18 HOURS AGO
The Motley Fool

After posting record-setting gains last year, SHIB is now down roughly 14% in 2022.
STOCKS・1 DAY AGO

Will Abbott Laboratories Be a Trillion-Dollar Stock by 2035?

Probably not, but it's possible.
MARKETS・17 HOURS AGO
The Motley Fool

Should You Invest in Cannabis Stocks in 2022?

Yes -- and no.
STOCKS・18 HOURS AGO
The Motley Fool

2 Dominant Defense Stocks to Buy in 2022 and Beyond

This pair of defense contractors lets investors go on the offense with their portfolios.
STOCKS・15 HOURS AGO
The Motley Fool

Why AMC and GameStop Are Tumbling Today

There may be more reasons than just an overall big day down on the market.
STOCKS・12 HOURS AGO
The Motley Fool

The specialty retailer is thriving as people bring home more pets during the pandemic.
PETS・13 HOURS AGO
The Motley Fool

These two biotechs have potential catalysts to look forward to in 2022.
STOCKS・13 HOURS AGO
The Motley Fool

Find out why the market was on a downward trajectory Tuesday morning.
STOCKS・15 HOURS AGO
The Motley Fool

General Motors just inked a big deal with Blink -- or did it really?
ECONOMY・10 HOURS AGO
The Motley Fool

Which food delivery platform is a better overall investment?
ECONOMY・15 HOURS AGO
The Motley Fool

Shares of the Facebook parent company are getting beat up amid a market sell-off. This could be a buying opportunity.
STOCKS・12 HOURS AGO