Shares of Tesla (NASDAQ: TSLA) ran into a ditch Monday morning, sliding 4.8% as of 10 a.m. EDT on twin negative news items from Reuters and The New York Times .

Let's cover the more topical news from Reuters first. Remember how last week, Tesla stock got a brief pop , and investors had a chuckle, over news that Tesla was selling a limited edition "Cyberwhistle" shaped like its long-awaited (and still not here) Cybertruck? Well, today we learned what that inside joke was all about.

Turns out, a whistleblower within Tesla's solar systems division ( the artist formerly known as SolarCity ) is alleging to the Securities and Exchange Commission that the company "failed to properly notify its shareholders and the public of fire risks associated with solar panel system defects over several years," reports Reuters. The SEC is taking the allegations seriously and has opened an investigation. Although both the SEC and Tesla declined to comment, Reuters reports that the scale of the scandal could be significant, affecting "more than 60,000 residential customers in the U.S. and 500 government and commercial accounts."

Meanwhile, The New York Times is reporting that Tesla "may have undermined safety in designing its Autopilot driver-assistance system" for electric cars . This second report focuses on Elon Musk's desire to have Autopilot rely exclusively on camera data to interpret its environment, rather than supplementing cameras with radar and lidar sensors as other car companies are trying to do. According to NYT , the National Highway Traffic Safety Administration is now investigating whether this decision might have contributed to "at least 12 accidents in which Teslas using Autopilot drove into parked fire trucks, police cars and other emergency vehicles."

NHTSA is also considering whether Musk may have misled car buyers into thinking that Autopilot's "full self driving" (FSD) capability was what its name suggests -- a fully autonomous system -- when its actual capabilities were, in Musk's own words, "not great." 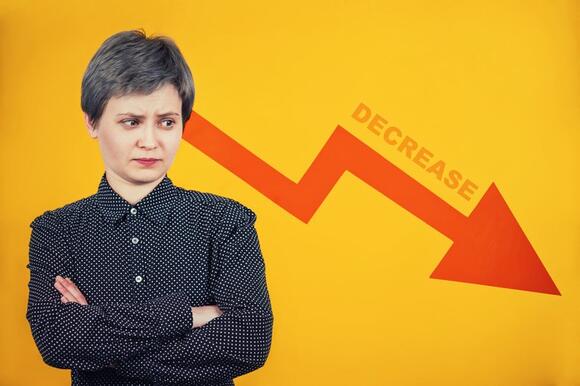 How big a risk do these twin investigations pose to Tesla's business? The SEC investigation, I suspect, will produce at most a fine from the agency and some reputational damage to Tesla's relatively tiny energy generation and storage business, which, honestly, doesn't produce a whole lot of profit for Tesla in any case. Of the two news items, I'd say it's the less significant.

There's greater risk of fines, recall costs, and reputational damage in the NHTSA investigation. But even there, well, with Tesla continuing to produce data showing that Tesla cars using Autopilot are crashing at a rate of only one accident per 4.41 million miles driven (versus a crash every 484,000 miles for ordinary drivers in ordinary cars), the data sure seems to suggest that -- headlines notwithstanding -- Autopilot increases driver safety by a factor of nine, rather than subtracting from it at all.

With the stock down only a few percentage points, investors -- while a bit nervous today -- by and large seem to think that Tesla will come out of both of these investigations looking just fine .

In this volatile market, finding solid businesses at a reasonable price is practically a luxury.
STOCKS・8 HOURS AGO
The Motley Fool

Investors looking to benefit from this hot tech trend should take a closer look at these stocks.
STOCKS・9 HOURS AGO
The Motley Fool

The stock price is down 55% off its recent high. Is it time to buy?
STOCKS・9 HOURS AGO
Entrepreneur

Want a side order of revenue growth to go with that dividend? We have three stocks for you.
STOCKS・8 HOURS AGO
The Motley Fool

Shares of Hostess Brands got a boost from S&P Dow Jones Indices, which adjusted one of its indexes.
MARKETS・8 HOURS AGO
The Motley Fool

The company might be going private soon.
STOCKS・8 HOURS AGO
The Motley Fool

Microsoft is getting all the big headlines, but these two stocks were also on the rise.
STOCKS・1 DAY AGO

Some of last year's most promising growth stocks have fallen to the single digits right now.
STOCKS・8 HOURS AGO
The Motley Fool

While high-growth stocks continue to be volatile, this gas and chemical company is delivering solid, undramatic returns.
STOCKS・8 HOURS AGO
The Motley Fool

These three companies are growing fast.
STOCKS・8 HOURS AGO

Despite all the negative headlines, this once-booming fitness stock has some attractive characteristics.
MARKETS・10 HOURS AGO
The Motley Fool

Both EV stocks are up over the last year but have slipped in recent weeks along with the broader market.
ECONOMY・1 DAY AGO
The Motley Fool

Shares of the silver miner plunged yesterday after a company update. And given the drop today, it looks like investors aren't done selling yet.
STOCKS・7 HOURS AGO
The Motley Fool

It's a great time to buy bargain stocks in a variety of sectors.
STOCKS・10 HOURS AGO
The Motley Fool

Analysts are still very bullish on the online retail titan.
STOCKS・6 HOURS AGO
The Motley Fool

Even the world's greatest investors are wrong from time to time.
STOCKS・1 DAY AGO
The Motley Fool

Why Lucid Group, Nio, and Rivian Are All Down Again Today