Why Bitcoin, Cardano, and Fantom All Crashed This Weekend

As Monday morning trading opens, Bitcoin prices are down 10.5% over the past 24 hours as of 9:45 a.m. ET -- and it's not even the crypto being hit hardest. Cardano (CRYPTO: ADA) coins are down 18.2%, and Fantom (CRYPTO: FTM) bears the dubious distinction of being the hardest hit crypto of the bunch -- down 31.4%, according to data from CryptoCompare.com. 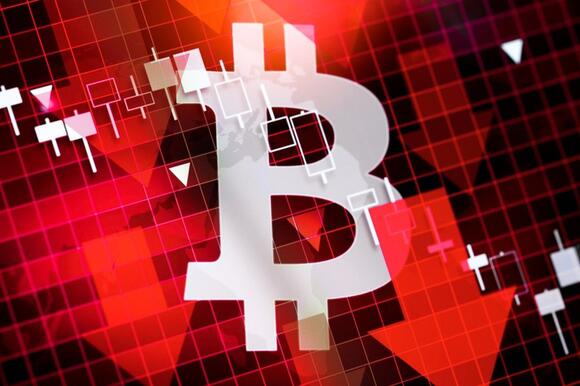 What's rocking the crypto world today? Market analysts ( Time , for example) blame the sell-off primarily on worries that as the Federal Reserve tapers its purchases of bonds, this will shut off the spigot of money that's been inflating risky assets such as cryptocurrencies, and cause prices to fall -- but there are other factors at work as well.

Securities and Exchange Commission Chairman Gary Gensler warned investors again last week about "fraud, scams, and abuse ... hype and spin about crypto assets and crypto projects," calling for more "investor protection," and declaring: "Make no mistake: If a lending platform is offering securities, it also falls into SEC jurisdiction." On top of that, the president's signing of a $1.2 trillion infrastructure bill codified into law new plans to tax cryptocurrency transactions .

And of course, there's the omicron variant of the coronavirus that's on everyone's mind these days.

Topping off this parade of horrors were comments from famed investor Louis Navellier, who recently pointed back to the tapering trend and warned that "the Fed is tapering, and this should create a correction in risk assets, of which bitcoin is a part."

Navellier predicted that Bitcoin prices could easily fall as much as 80% from their recent high (i.e., fall to $13,700) -- or even fall further, as low as $10,000. And other cryptocurrencies could fall even harder. As Forbes pointed out over the weekend in a story on Navellier's doomsday prognosis, "smaller cryptocurrencies remain highly volatile ... often bouncing double-digit percentages in mere hours."

And now we've seen them drop double-digit percentages in mere hours. The fact that Navellier's warning is playing out as predicted, and so soon after being predicted, is clearly contributing to investor unease today.

The latest downturn in the crypto market creates an opportunity for investors.
STOCKS・11 HOURS AGO
The Motley Fool

Right now could be a smart time to buy the dip, but crypto isn't right for everyone.
STOCKS・17 HOURS AGO
The Motley Fool

If the idea of buying crypto stresses you out, here's what to do.
STOCKS・16 HOURS AGO

Dogecoin is falling faster than any other top-15 cryptocurrency today.
STOCKS・11 HOURS AGO
The Motley Fool

Each of these projects are well positioned to exploit hyperpopular blockchain trends this year.
CURRENCIES・2 DAYS AGO
The Motley Fool

Is "crypto-winter" here? Consider this stock as a sneaky long-term play on the cryptocurrency space.
STOCKS・11 HOURS AGO
The Motley Fool

Some incredibly promising companies are trading at huge discounts.
STOCKS・16 HOURS AGO

Bitcoin (CRYPTO: BTC) Bull and SkyBridge Capital founder Anthony Scaramucci says that his firm is investing heavily in Algorand (CRYPTO: ALGO) because he thinks the cryptocurrency will replace many of its competing blockchains. In a recent interview, he said that ALGO will challenge leading competitors in the crypto industry, just...
STOCKS・13 HOURS AGO
The Motley Fool

The new year is a time for setting goals, and there’s no better season to re-evaluate your budget, finances and investments than the beginning of a new trip around the sun. While cryptocurrency and NFT’s might sound like the hottest, trendiest place to put your money, the volatility and learning curve might be still too great to risk money you can’t afford to lose. That’s why we recommend turning to The Motley Fool for stock recommendations and taking advantage of their can’t-miss new year deal on Stock Advisor, an investment tool that averages 599%* returns. Through the end of January 2022,...
STOCKS・5 HOURS AGO
The Motley Fool

Are these programmable cryptos on your watchlist?
MARKETS・1 DAY AGO

Why Is Bitcoin Down Almost 40% From Its High?

This isn't how many investors expected cryptocurrencies to behave in the face of inflation.
STOCKS・15 HOURS AGO
The Motley Fool

A big market opportunity is ahead for the company.
MARKETS・16 HOURS AGO
The Motley Fool

Now Is a Great Buying Opportunity for This Giant Fintech Stock

From increasing partnerships to improving margins, this FinTech giant might have double-digit revenue growth on its horizon.
MARKETS・15 HOURS AGO
The Motley Fool

The impressive gaming stock that has triple-digit growth is worth a look.
STOCKS・16 HOURS AGO
The Motley Fool

Is Now the Time to Rebalance Your Stock Portfolio for Cash?

It can depend on a few scenarios.
STOCKS・14 HOURS AGO
MarketWatch

Weekend reads: How to invest amid higher inflation and as interest rates rise

Also, beautiful retirement locations for bicycling, retirement planning and how to prepare for a career move.
BUSINESS・1 DAY AGO
The Motley Fool

What Will It Take for Novavax Stock to Rebound?

This leading cryptocurrency and Procter & Gamble both could serve roles in a balanced portfolio.
STOCKS・1 DAY AGO