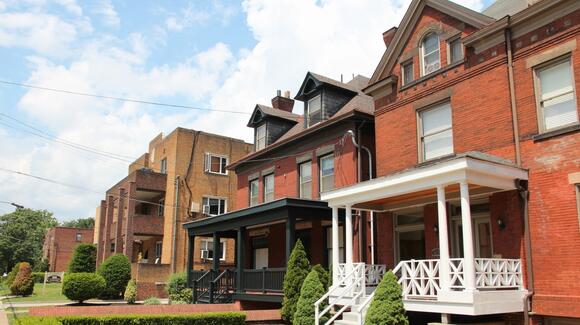 The housing market in America has exploded over the past year. According to the carefully followed S&P CoreLogic Case-Shiller U.S. National Home Price NSA Index, home prices increased 19.5% in September compared to the same month last year. The August figure was 19.8%. The city with the largest increase among the 20 metros the research follows was Phoenix at 33%.

What has fueled the increase? Low mortgage rates are one reason. For the past several years, a 30-year fixed mortgage often carried an interest rate below 3%. Another reason is that Americans have been moving from expensive coastal cities like New York, Los Angeles and San Francisco to less expensive cities inland. These are often identified as having a better quality of life. In part, the ability to move is due to the COVID-19 pandemic trend of working from home. People are no longer tethered to the locations of the offices they once traveled to.

Ironically, the rush of people to move to smaller cities has driven up prices in these places. Inventories have shrunken and there are fewer houses for buyers.

Its study found that 3.59 million mortgages on residential property were originated in the third quarter. This was down by 8% from the same quarter a year ago. The report points out that "it was the first time in any year since at least 2000 that lending activity declined in both the second and third quarters, which usually are peak buying seasons."

The number of purchases that involved mortgages and refinancing dropped. The level of home equity lines of credit rose. What does this mean? ATTOM researchers believe that the housing boom is "cooling off." If so, this would break a multiyear trend that started when the housing market began its recovery from the Great Recession.

There was a widespread range of new home loan rates from city to city and state to state. ATTOM looked at two levels of market size. The first was those with populations over 200,000 and with at least 1,000 total loans in the third quarter. The other was cities with populations over 1 million.

Among all cities in the two population categories, the one with the largest drop in lending activity was Pittsburgh, where it was down 53.2%.

Click here to read about the most expensive cities to buy a home in.

This City Has the Cheapest Rents in America

A Realtor.com analysis reveals that this city in the South had the cheapest average rent in December.
REAL ESTATE・15 HOURS AGO
KTLA

Will mortgage rates go up? How about car loans? Credit cards? How about those nearly invisible rates on bank CDs — any chance of getting a few dollars more? With the Federal Reserve signaling Wednesday that it will begin raising its benchmark interest rate as soon as March — and probably a few additional times […]
BUSINESS・1 DAY AGO
The Motley Fool

This Is the City Where People Made the Most Selling Homes

A recent analysis reveals that a town in Maryland had the largest return on investment for home ownership.
REAL ESTATE・17 HOURS AGO

As our economic recovery brings inflation and higher prices around the nation, interest rates could also see an upcoming spike, so a local lender shared with 8 news Now what this could mean for Las Vegas.
LAS VEGAS, NV・27 MINUTES AGO
Business Insider

Personal Finance Insider writes about products, strategies, and tips to help you make smart decisions with your money. We may receive a small commission from our partners, like American Express, but our reporting and recommendations are always independent and objective. Terms apply to offers listed on this page. Read our editorial standards.
REAL ESTATE・13 HOURS AGO
WVNS

Many buyers who got squeezed out of the 2021 real estate market are looking to 2022 for calmer seas. Whether that is going to happen remains to be seen.
REAL ESTATE・1 DAY AGO
The Motley Fool

5 Real Estate Trends to Watch Out For in February

Rising mortgage rates have been big news lately. What other real estate trends can we expect as we head into February?
BUSINESS・2 DAYS AGO

Experts believe the hot real estate market may begin to cool somewhat this year, in part due to interest rate hikes. That will lead to a leveling off in prices, nationally at least. Of course, markets...
REAL ESTATE・2 DAYS AGO
The Motley Fool

Buyers Are Clamoring for Mortgages as Rates Rise

Mortgage volume is up, and there's a good reason why.
REAL ESTATE・1 DAY AGO
GOBankingRates

If you're looking to buy a home in the current housing market, it helps to find a ray of sunshine wherever you can. So here is that ray of sunshine: Yes, home prices continue to surge -- they rose...
REAL ESTATE・1 DAY AGO
24/7 Wall St.

Home Prices in This City Are Soaring

A recent analysis reveals that home prices are rising the most in Phoenix, Tampa and Miami.
REAL ESTATE・2 DAYS AGO
The Motley Fool

Should You Buy Real Estate Now That Stocks Are Crashing?

It's been a rough go for stocks. Should you seek to branch out?
MARKETS・1 DAY AGO
Inman.com

Six months after launching in Washington and Texas with an aim to be “the best at purchase mortgages” fintech startup Tomo Mortgage LLC has expanded into Florida, Connecticut and Colorado and now offers jumbo loans of up to $3 million to better serve homebuyers in pricy markets. The...
FLORIDA STATE・1 DAY AGO
NBC Chicago

Need A Loan And More? Get Help With Union Home Mortgage — Your Hometown Lender

If you’re buying a new home, you are probably shopping for a mortgage provider, and who better than Union Home Mortgage (UHM)?. UHM is a consumer-direct independent mortgage banking company with more than 1,800 partners and over 150 branches across the U.S. Susie Oberpriller, producing sales manager with Union...
REAL ESTATE・1 DAY AGO
WPTV West Palm Beach

Study: Florida's housing market among the nation's most overvalued

Among the 33 most inflated U.S. markets at the end of December 2021, seven are from Florida, including No. 12 Lakeland and No. 14 Tampa, both at more than 40 percent above historic pricing, according to FAU's Ken H. Johnson and FIU's Eli Beracha.
FLORIDA STATE・2 DAYS AGO
USA TODAY

Spring is in the ... housing market? Home prices are surging early this year. Here's why.

The early reversal is being attributed to historically low levels of inventory and homebuyers trying to lock in mortgage rates before they go up.
REAL ESTATE・2 DAYS AGO
GOBankingRates

The U.S. housing market might be barreling ahead in overdrive these days, with historically high home values and soaring demand, but home builders remain worried about a variety of problems related to...
BUSINESS・2 DAYS AGO