The metaverse is being touted as the next generation of the internet. The metaverse entails the creation of immersive and interactive mixed reality (blending virtual reality with the user's physical world) and virtual reality experiences for users in all areas of life, but it is initially most focused on gaming, e-commerce, and social media. These experiences are meant to be interconnected, seamless, persistent, and accessible across a range of devices.

While the concept of a metaverse has been taking shape for some time now, it got a big attention boost after Meta Platforms , previously known as Facebook, highlighted its commitment to this opportunity. Roblox , Matterport , and Unity Technologies are some other well-known companies that are now associated closely with the metaverse trend . 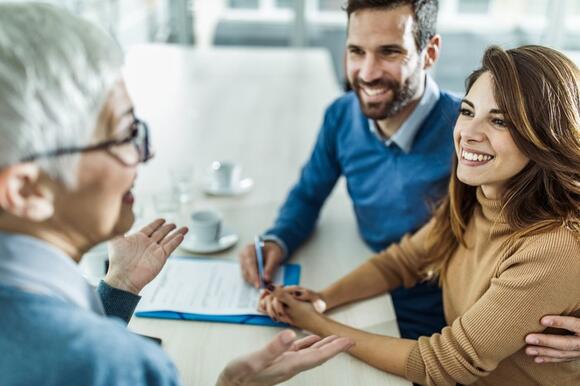 But there are several other less-visible companies that are also building the infrastructure needed to bring the metaverse into reality. Companies like Qualcomm (NASDAQ: QCOM) and DraftKings (NASDAQ: DKNG) are making important contributions to the metaverse and could emerge as major beneficiaries of this evolving trend in the coming years.

Let's take a closer look at what these two under-the-radar metaverse stocks are doing.

Leading mobile chip designer Qualcomm has been a major beneficiary of the rising adoption of smartphones across the world for several years. However, increasingly smartphones are becoming smarter with embedded artificial intelligence (AI) technology and advanced sensors. These handsets require even more power-efficient, smaller, and more technologically advanced chips, which implies solid demand prospects for Qualcomm products in the coming years.

Additionally, in the last two years, Qualcomm has made its presence felt in the Internet of Things (IoT) market. IoT devices have multiple applications in areas such as consumer, industrial, enterprise, and edge networking. In fiscal 2021 (ending Sept. 30), the company raked in IoT revenue of nearly $5.1 billion, up year over year by 61%.

Both advanced smartphones and IoT devices are critical to the evolution of the metaverse, as they will be what metaverse participants use to interact with the virtual-reality or mixed reality worlds. Already, most devices powering virtual reality and augmented reality experiences are built with the company's Snapdragon computing platform. Additionally, the metaverse relies heavily on internet speed, reliability, low latency, and performance -- all of which is possible only in a decentralized network architecture. Edge computing makes this possible by enabling data and computations to happen closer to the user at a localized data center instead of a centralized one. With Qualcomm helping to build the required networking infrastructure for intelligent edge (5G wireless fiber and wireless access points), the company is well-positioned to play a key role in enabling the metaverse.

Further, Qualcomm's recent acquisition of artificial-intelligence-driven and hardware-agnostic hand tracking and gesture recognition technology company, Clay AIR, highlights the company's commitment to have a meaningful presence in the metaverse market.

While metaverse can prove to be a huge growth opportunity for Qualcomm in the future, this may take some time to materialize. Currently, handset chips account for 62% of the company's total revenue. Although there has been some speculation about Apple developing in-house chips and parting ways from Qualcomm, the company plans to offset some of the negative impacts by focusing on premium and high-tier Android devices in international markets. Additionally, the company also stands to benefit from secular trends such as 5G adoption across all industries and advances in automotive technology. Hence, I believe that, even without the metaverse, the company will show a solid growth trajectory in the coming years.

DraftKings is a solid play on the future growth prospects of iGaming, daily fantasy sports, and mobile sports betting -- areas with immense revenue-generation potential. Lately, the company has also expanded in the non-fungible tokens (NFTs) market. NFTs are digital certificates representing ownership of digital assets such as audio, video, and artwork. Being the second-biggest sports betting player in the U.S., a move into athlete-related NFTs marks the next logical step for the company.

NFT technology is expected to be used extensively for financial transactions between parties in a metaverse, thereby giving NFTs credibility in the real world. The company is at the forefront of this opportunity and has already launched an online NFT marketplace in partnership with the NFT platform Autograph, enabling users to buy, trade, and sell digital sports collectibles . In August 2021, the company expanded the NFT marketplace to Canada, a market with significant user engagement in its daily fantasy sports offering. DraftKings also entered a blockchain collaboration with Ethereum -based blockchain networking platform Polygon in October 2021. The eco-friendly and scalable blockchain solution will help improve the throughput of the NFT marketplace. Additionally, the company can also assume a much active governance role -- as a validator of transactions on Polygon's Ethereum network.

Although DraftKings is making rapid strides in the metaverse space, the company's share prices are down by over 32% so far this year. The company's aggressive acquisition strategy, high cash burn, lack of profitability, and competitive pressures have spooked investors. The lower-than-expected third-quarter topline performance is also contributing to the negative sentiment.

However, it should be remembered that, like many hypergrowth companies, DraftKings is prioritizing market share over profitability. The company is already offering mobile sports betting services in 15 states representing 29% of the U.S. population. The company has gained market share in its active states for online sports betting from 31% in July 2021 to 33% in September 2021, and in iGaming from 15% in July 2021 to 17% in September 2021. With sports betting relying heavily on economies of scale, DraftKings' strategy of sacrificing short-term gains for long-term profits can prove to be a smart move in the long run.

10 stocks we like better than Qualcomm
When our award-winning analyst team has a stock tip, it can pay to listen. After all, the newsletter they have run for over a decade, Motley Fool Stock Advisor , has tripled the market.*

They just revealed what they believe are the ten best stocks for investors to buy right now... and Qualcomm wasn't one of them! That's right -- they think these 10 stocks are even better buys.

You don't need a lot of money to seek fantastic returns with this trio of stocks.
STOCKS・11 HOURS AGO
The Motley Fool

These Berkshire Hathaway-backed winners could supercharge your portfolio.
STOCKS・10 HOURS AGO
The Motley Fool

There are other programmable blockchains out there that show promise for bright futures.
MARKETS・12 HOURS AGO

Why Tesla Stock Fell on Wednesday

Along with many other growth stocks, the electric car maker's shares have had a rough start to 2022.
STOCKS・9 HOURS AGO
The Motley Fool

2 Unstoppable Metaverse Stocks to Buy in 2022

Cloudflare and Roblox are both well-positioned to benefit from the development of the metaverse.
STOCKS・1 DAY AGO
The Motley Fool

The chipmaker has been outperforming the world's biggest company by a huge margin in recent years.
BUSINESS・1 DAY AGO
The Motley Fool

Why Chainlink, Cardano, and The Sandbox Are Sinking

The crypto market is green today, but not all tokens are feeling the love.
STOCKS・8 HOURS AGO

Here's why Ethereum has lost over 30% in two months.
STOCKS・13 HOURS AGO
The Motley Fool

Market is treating these great stocks like the red-headed stepchildren of Wall Street.
STOCKS・15 HOURS AGO
The Motley Fool

Make it your goal to acquire high-quality dividend stocks that can grow over time; here are five great examples.
STOCKS・11 HOURS AGO

These Stocks Are the Bright Spot in an Ugly Market

The stock market failed to bounce back on Wednesday.
STOCKS・4 HOURS AGO
The Motley Fool

The cryptocurrency almost hit $5,000 two months ago, but now it's not even close.
STOCKS・10 HOURS AGO
The Motley Fool

Will This Company Become the Operating System of the Metaverse?

Few companies are as well positioned as this one to be the market-share leader in a fast-growing industry.
SOFTWARE・14 HOURS AGO
The Motley Fool

Both companies went public via a SPAC last year and have growth opportunities ahead.
STOCKS・1 DAY AGO
The Motley Fool

Semiconductors are the new oil, but which are the top stocks to buy now?
STOCKS・11 HOURS AGO
The Motley Fool