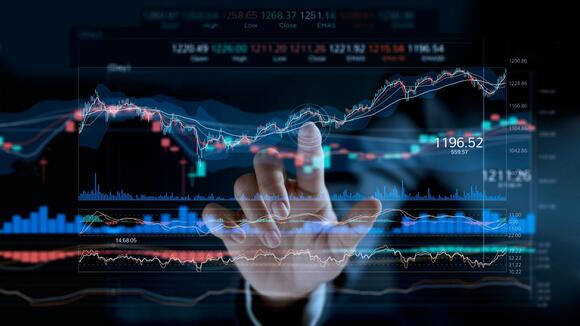 The futures were mixed on Monday, after last week's extremely volatile trading sessions. Once again, the nonfarm payroll data came in with very disappointing results. Only 210,000 jobs were added, versus expectations of 500,000, while the prior month numbers were revised up to 546,000 from 531,000. The analysts at BTIG Research made the case on Friday that some of the jobs data seemed very out of place. In fact, the firm noted that there seemed to be what it termed as “seasonal nonsense” in the leisure and hospitality space, which came in at only 23,000 jobs and had been closer to 271,000 over the past nine months, so the firm concluded that this report really didn’t add up.

Nonfarm payroll numbers often vary from month to month compared with expectations, but it seems as if the November report may have been an anomaly. The good news in the report was that the jobless rate dropped and the labor participation rate rose.

Top strategists across Wall Street are focused on the potential for a faster taper to the quantitative easing program and the potential for an earlier rate increase liftoff. In addition, big increases in energy costs and other inflation issues, the ongoing supply chain concerns and stagflation worries are still front and center. Once again Congress kicked the debt ceiling can down the road, as the president signed a short-term government funding bill into law last week, preventing a shutdown. The measure will keep the government running through February 18.

These are the top analyst upgrades, downgrades and initiations seen on Monday, December 6, 2021.

Amgen Inc. ( NASDAQ: AMGN ): Goldman Sachs began coverage on the biotechnology leader with a Buy rating and a $258 price target. The consensus target is $240.48. The final trade on Friday came in at $202.44.

Apple Inc. ( NASDAQ: AAPL ): KeyBanc Capital Markets started coverage on the technology giant with an Overweight rating and a $191 price target. The consensus price objective is $161.84. The stock closed trading on Friday at $161.84.

AT&T Inc. ( NYSE: T ): Truist Securities maintained a Hold rating on the telecommunications giant and has a $26 price target. The consensus target is $30.95. Friday’s closing trade was reported at $23.46.

Ciena Corp. ( NYSE: CIEN ): Raymond James reiterated an Outperform rating on the stock and has a $64 price target. The consensus target is $66.13. The last trade on Friday came in at $61.09.
ALSO READ: Top Wall Street Strategist Loves a Surprising Group of Dividend Stocks for 2022
Chevron Corp. ( NYSE: CVX ): Goldman Sachs reiterated a Neutral rating on the mega-cap energy giant and has a $121 price target. That compares with the higher $128.92 consensus target and Friday’s closing print of $114.41.

Crane Co. ( NYSE: CR ): Morgan Stanley started coverage on the industrial machinery giant with a Neutral rating and a $111 target price. The consensus price objective is $126. The last trade on Friday came in at $98.04.

Dollar General Corp. ( NYSE: DG ): Raymond James reiterated its Strong Buy rating on the popular discount retailer and kept a $260 price objective. The consensus target is just $250.40. The last trade to hit the tape on Friday was reported at $222.

Esperion Therapeutics Inc. ( NASDAQ: ESPR ): Goldman Sachs cut the price target to $5 while keeping a Sell rating. The consensus target is much higher at $15.18. The stock closed Friday at $5.25, down a stunning 42% for the day, with the only recent news being a large secondary stock offering last week.

Fastly Inc. ( NYSE: FSLY ): Raymond James upgraded the stock to Outperform from Market Perform and has a $42 price target. The consensus target is $48.57. The last trade on Friday was reported at $35.92.

Ford Motor Co. ( NYSE: F ) Goldman Sachs maintained a Neutral rating on the legacy automaker, with a $20 price target, after hosting Ford's Lisa Drake (COO, North America) at the 13th Annual Global Automotive Conference. The consensus target is lower at $17.94. The stock retreated almost 4% on Friday to close at $19.14.
ALSO READ: 5 White-Hot Stocks Trading Under $10 to Buy Now Have Great Upside Potential
Hertz Global Holdings Inc. ( NASDAQ: HTZ ): JPMorgan started coverage of the rental car giant with an Overweight rating and a $30 price target. Barclays has it at Buy with a $28 target, while Goldman Sachs has a Neutral rating and a $32 price target. Deutsche Bank initiated coverage with a Buy rating and a $34 target price. The consensus target is just $20. The shares were last seen Friday at $24.06 and were higher in Monday's premarket.

Horizon Bancorp (NASDAQ: HBNC): Raymond James reiterated a Strong Buy rating on the shares and has a $25 price target. The firm cited a very positive analyst day. The consensus target is $23.20. The stock closed trading on Friday at $20.17.

Hyatt Hotels Corp. ( NYSE: H ): Truist Securities bumped their price target on the lodging giant to $78 from $76 while keeping a Hold rating on the shares. The consensus target is $85.22. The final trade on Friday came in at $80.37, which was down almost 4% on the day.

Kroger Co. ( NYSE: KR ): Guggenheim reiterated a Buy rating on the grocery giant and boosted the price target to $49 from $45. The consensus target is $42.86. The final trade for Friday was reported at $43.43.
Marvell Technology Inc. ( NASDAQ: MRVL ): Stifel raised its $80 price target to $100 and reiterated a Buy rating on the red-hot chip stock. The consensus target is $79, but the stock closed Friday at $83.59, up almost 18% after posting stellar results last week.

Peloton Interactive Inc. ( NASDAQ: PTON ): Deutsche Bank started coverage with a Buy rating and a $76 price target. The consensus target is $80, and the stock closed on Friday at $43.55.

Radius Health Inc. (NASDAQ: RDUS): Stifel reiterated a Hold rating and kept a $22 price target on the shares. That compares with the $23.43 consensus target and Friday’s closing print of $14.93, which was down close to 7% for the day.

Ryman Hospitality Properties Inc. (NYSE: RHP): Truist Securities raised its Sell rating to Neutral and lifted the $61 target price to $75. The consensus target is up at $89.71. The final trade on Friday was at $76.10 a share.

Salesforce.com Inc. ( NYSE: CRM ): Zacks says that shares are on sale, given this data dominator's steady growth, and CEO Benioff isn't going anywhere, so it was named as the Bull of the Day stock. The shares most recently closed at $258.32 and have a consensus price target of $326.56, which would be a 52-week high.

Shake Shack Inc. ( NYSE: SHAK ): UBS started coverage of the popular fast-food restaurant with a Neutral rating and a $78 price target. The consensus target is up at $90.71. The stock pulled back almost 5% on Friday to close at $69.82.

Smartsheet Inc. ( NYSE: SMAR ): Truist Securities reiterated a Buy rating on the stock and has a $100 price objective. The consensus target is $90.69. The stock was last seen at $65.94 on Friday, after climbing almost 8% as the company posted better than expected results.

Stitch Fix Inc. ( NASDAQ: SFIX ): Morgan Stanley lifted the stock from Underweight to Equal Weight with a $27 price target. The consensus target is much higher at $46.18. The shares were last seen Friday at $23.17.

Twitter Inc. ( NYSE: TWTR ): Zacks named this as its Bear of the Day stock, pointing out that earnings estimates were in a spin before Jack Dorsey flew the coop, though some big investors still love the bluebird. Shares last closed at $42.07, though they have traded as high as $80.75 in the past year.
ALSO READ: Stock Market Very Vulnerable Now: This Sector Is Safe and Pays Big Dividends
A top Wall Street strategist makes a case for quality small-cap stocks for 2022. Five Buy-rated stocks come with solid and reliable dividends, and they look like great ideas now for wary investors.

Broadcom and Pfizer are among the top companies expected to hike their dividends this week. And see what nine analysts expect from a red-hot electric vehicle maker.

Wall Street analysts are bullish on this trio. Are they right?
STOCKS・3 HOURS AGO
MarketWatch

This disruptive fintech platform is an appealing investment opportunity.
STOCKS・5 HOURS AGO
The Motley Fool

You don't need a mountain of money to build wealth on Wall Street.
STOCKS・2 DAYS AGO

2022 is off to a rough start, but these businesses are doing far better than their stock prices are indicating.
STOCKS・4 HOURS AGO
MarketWatch

Some stocks have been hit hard this year from the fear of rising interest rates, but Wall Street expects plenty of growth ahead for certain market sectors.
STOCKS・2 DAYS AGO
The Motley Fool

Jim Cramer Buys The Dip In Salesforce, Marvell And This Health Stock

With the markets falling further into correction territory, Jim Cramer decided to start adding to some of the positions in his Charitable Trust. "We are making a number of buys on the dip," Cramer said Friday morning in a letter to members of CNBC's "Investing Club." He attributed the continued...
STOCKS・1 DAY AGO

Microsoft Corp. stock outperforms market despite losses on the day

The S&P 500 components with the highest dividends are rated Buy at major Wall Street firms. These five, including three in the red-hot energy sector, look like great ideas for income-oriented investors looking for some upside appreciation.
STOCKS・2 DAYS AGO
Seekingalpha.com

A flurry of developments with Peloton Interactive (NASDAQ:PTON) has sent shares down 24.33% to start the year and have them sitting more than 80% below their 2021 high. The market cap on Peloton has now dwindled to below $9B, which is a level that is naturally going to churn up some M&A intrigue.
BUSINESS・1 DAY AGO
MarketWatch

These are five stocks for aggressive investors looking to get share count leverage on companies that have sizable upside potential. While not suited for all investors, they are not penny stocks with absolutely no track record or liquidity, and Wall Street firms do have research coverage.
STOCKS・1 DAY AGO
MarketWatch

Netflix Inc. stock outperforms competitors despite losses on the day