Shares of Latin American e-commerce and fintech leader MercadoLibre (NASDAQ: MELI) declined 19.8% in November, according to data from S&P Global Market Intelligence . While MercadoLibre reported third-quarter earnings during the month, that doesn't seem to be the culprit behind the fall, as the stock rose immediately after reporting.

Rather, an unexpected mid-month equity offering started the decline, which was later accentuated by a sharp drop in growth stocks brought on by tightening financial conditions. 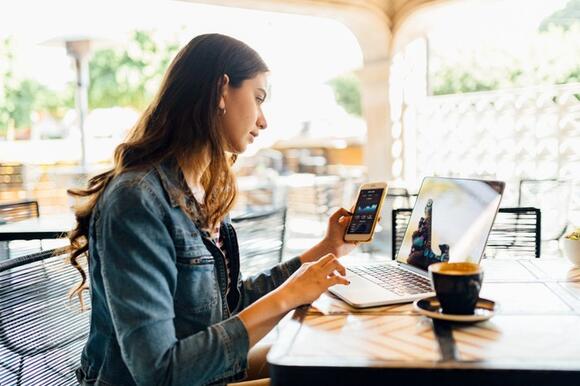 In early November, MercadoLibre reported earnings that showed strong growth. Revenue was up 66.5% in U.S. dollars, and earnings per share came in at $1.92, up 586% over the prior year, although that was off a tiny base. While revenue growth came in just shy of expectations, the bottom line beat expectations handily, and the stock rose on the news.

However, it fell shortly thereafter, following news that MercadoLibre would be selling 1 million shares at a price of $1,550, for a total raise of $1.55 billion. The company only said proceeds would be used for "general corporate purposes." Investors may have been scratching their heads as to why MercadoLibre felt the need to raise money by selling stock that had already fallen by about 25% from highs at the time.

The company did say on the recent conference call with analysts that it would be expanding its credit book to both businesses and consumers. The credit portfolio was already up a large 296% over the prior year. That could be the reason for the recent capital raise, and also a cause for concern. Inflation is a problem in many countries, but especially in Brazil and Latin America, which caused a decline in MercadoLibre's stock last month as well. Higher inflation combined with the new omicron variant could lead to deteriorating financial conditions -- not the best environment in which to be increasing your credit exposure.

A final flush came later in the month as growth stocks became pressured amid the prospect of higher interest rates. Higher rates mean future earnings are discounted more, and MercadoLibre, though profitable, still makes very low profit margins today as it invests in its logistics footprint and expands its product set. After this month's decline, the stock is down nearly 50% from all-time highs set earlier this year.

A top-quality stock like MercadoLibre being down 50% should definitely put it on investors' buy lists; however, inflation in Latin America is still a big risk, as is the growth in the credit book. So while the stock might look tantalizing, it's not an automatic buy; investors need to get comfortable with risks in its fintech segment as well as the general Latin American macroeconomic picture before diving in.

All three are innovators in their respective markets.
STOCKS・1 DAY AGO
The Motley Fool

Two of the biggest companies in the world may be two of the market's best opportunities.
STOCKS・1 DAY AGO
The Motley Fool

With a low price-to-earnings ratio, Levi's stock may be undervalued.
STOCKS・6 HOURS AGO

2022 is off to a rough start, but these businesses are doing far better than their stock prices are indicating.
STOCKS・1 DAY AGO
The Motley Fool

Few stocks deliver the overall dividend yield, growth, and stability that this stock can.
STOCKS・6 HOURS AGO
The Motley Fool

The market is on a downhill slide. What does that mean for your portfolio?
ALEXANDRIA, VA・7 HOURS AGO
The Motley Fool

Can business keep growing at the record-setting pace it has been on?
STOCKS・7 HOURS AGO

These two companies could be top performers in 2022.
STOCKS・8 HOURS AGO
The Motley Fool

These companies are reliable, provide vital services to their customers, and trade at a reasonable valuation.
STOCKS・7 HOURS AGO
The Motley Fool

Futures pointed to yet another down opening, but one stock got a big boost.
STOCKS・6 HOURS AGO
The Motley Fool

Both of these businesses should benefit from industrywide tailwinds in the coming years.
STOCKS・2 DAYS AGO
The Motley Fool

An analyst slashed his price target for the video streaming stock.
STOCKS・58 MINUTES AGO
The Motley Fool

Not only is the price right for these three healthcare stocks, but they all offer revenue growth along with an above-average dividend.
STOCKS・7 HOURS AGO
The Motley Fool

Want to see real profits from the rise of virtual worlds? These companies can help.
STOCKS・8 HOURS AGO
The Motley Fool

Both of these companies are leaders in their respective industries.
STOCKS・1 DAY AGO
The Motley Fool

The freelance platform is booming.
STOCKS・7 HOURS AGO
The Motley Fool

Should You Buy Value Stocks and Sell Growth Stocks in 2022?

The tech sector may be down right now, but it's still bursting with opportunity for long-term investors.
STOCKS・8 HOURS AGO
Forbes

Down 45% Since November, Is Palantir Stock A Buy?

Big data and analytics player Palantir’s stock (NYSE: PLTR) has already lost about 21% of its value year-to-date in 2022, underperforming the S&P 500 which is down by about 6%. The stock also remains down by almost 45% from its November 2021 highs. While high-growth software stocks have seen a sell-off, due to the prospect of rising interest rates and the broader market rotation out of pandemic winners into real economy sectors, there are some stock-specific factors that are impacting Palantir, as well. For example, investors are likely a bit concerned about the slower growth at the company’s government business over Q3 2021 and also due to its growing dependence on the U.S. market for commercial revenue growth.
STOCKS・5 HOURS AGO