There over 7,900 cryptocurrencies today, and those digital assets are collectively worth $2.7 trillion, skyrocketing over 1,200% since December 2019. To put those gains in context, the S&P 500 has generated a total return of 495% over the last two decades .

Based on that data, it makes sense to allocate a small percentage of your portfolio (maybe 5%) to this emerging asset class, assuming you have an emergency fund and won't need the money for at least three years. To help you get started, here are two cryptocurrencies that look like smart long-term investments. 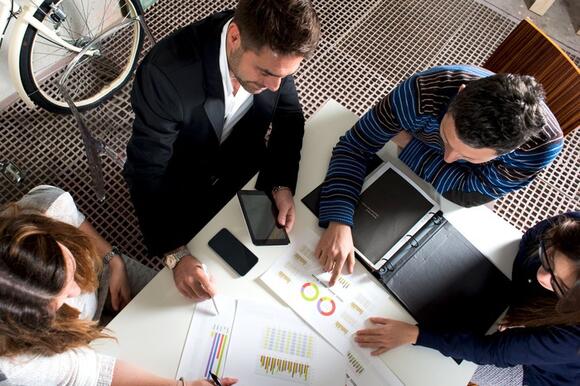 In 2009, the pseudonymous Satoshi Nakamoto created Bitcoin (CRYPTO: BTC) , a digital currency powered by blockchain. You've probably heard that term before, but it's important to understand exactly what it means. Blockchain is a decentralized system of record that secures transaction data through cryptography, making it possible to transfer funds electronically without an intermediary (e.g. bank).

Specifically, miners validate transactions through a consensus mechanism known as proof of work , meaning they spend computing power to solve complex puzzles. Once solved, a block of transactions is added to the blockchain, and the miner is rewarded with Bitcoin, effectively minting new currency. However, Bitcoin's source code stipulates that the reward is cut in half every 210,000 blocks.

Ultimately, that means Bitcoin is a finite asset. Only 21 million coins will ever exist, and the last one will be mined in the year 2140. More importantly, like other scarce assets (e.g. gold), Bitcoin's limited supply makes it valuable. And as long as demand continues to rise, the price of Bitcoin should continue to climb. That's the investment thesis , or at least half of it. The other half deals with Bitcoin's popularity.

Since Bitcoin made its debut, thousands of other cryptocurrencies have winked into existence, but none have achieved the same level of prominence. Bitcoin is practically synonymous with cryptocurrency, and it's still more valuable than any altcoin . In fact, its market value currently sits at $1.0 trillion, meaning Bitcoin accounts for 42% of the collective value of all cryptocurrencies.

In the years ahead, Bitcoin's popularity should drive adoption by individual and institutional investors alike, and that demand should keep its price on an upward trajectory. In fact, fund manager Cathie Wood believes Bitcoin could reach $500,000 by 2026, implying 790% upside from its current price. That's why this cryptocurrency looks like a smart investment.

In 2011, Charlie Lee, a former engineer at Google (now part of Alphabet ), created Litecoin (CRYPTO: LTC) as a fork of the Bitcoin blockchain. To clarify that term, a fork occurs when a modification is made to a blockchain's protocol. In this case, Lee designed Litecoin to be faster and more abundant than its predecessor.

Similarly, Litecoin is also four times more abundant, with a supply limit of 84 million coins. For that reason, this cryptocurrency is often styled as the silver to Bitcoin's gold, and once again, that's the crux of the investment thesis. Litecoin's finite supply means its price should continue to rise alongside demand.

Finally, Litecoin has achieved a fair amount of popularity in its own right. For instance, PayPal mobile wallet users can trade and spend cryptocurrency, but the fintech only supports four digital assets. Bitcoin and Litecoin are on that list. That's why this cryptocurrency looks like a smart investment.

The top dogs of the crypto world could face surprising threats from very familiar corners.
MARKETS・1 DAY AGO
The Motley Fool

The competitive advantages and differentiation offered by this crypto trio could send them to the moon.
MARKETS・1 DAY AGO
The Motley Fool

Want $1 Million? 2 Monster Growth Stocks to Buy Now and Hold for the Next Decade

$250,000 invested in these high-growth companies could be worth $1 million in 10 years.
STOCKS・1 DAY AGO
MarketWatch

A weekly look at the most important moves and news in crypto and what's on the horizon in digital assets.
STOCKS・22 HOURS AGO

Top tokens Bitcoin and Etheruem, often seen as safe havens, are seeing massive swing. How do investors handle that?
BUSINESS・21 HOURS AGO
The Motley Fool

What to Know About MercadoLibre's Move Into Crypto

When the market is volatile, go for the tried and true.
STOCKS・6 HOURS AGO

Some big players are stepping into the metaverse, stoking interest among cryptocurrencies tied to the digital future.
MARKETS・4 HOURS AGO
The Motley Fool

Should Investors Buy More of Their Most Beaten-Down Stocks Now?

Unfortunately, lots of investors are in the same boat. Here's what three of our experts are doing.
STOCKS・6 HOURS AGO
The Motley Fool

Bitcoin and Ethereum are massive, but these three tokens are catching up.
MARKETS・5 HOURS AGO
The Motley Fool

Here's why this massive REIT could still have plenty of growth potential.
STOCKS・6 HOURS AGO

Coinbase has been hit hard of late, but could this be the catalyst investors are looking for?
TECHNOLOGY・3 HOURS AGO
The Motley Fool

Is a six-figure valuation possible for Bitcoin in the near-term?
BUSINESS・3 HOURS AGO
The Motley Fool

Semiconductors are the new oil, but which are the top stocks to buy now?
STOCKS・3 HOURS AGO
The Motley Fool

The NFT market is growing at light-speed, but can it surpass Bitcoin?
STOCKS・2 HOURS AGO
The Motley Fool

There are many top cryptocurrencies out there, but Polygon could really be a winner in 2022.
STOCKS・1 HOUR AGO
The Motley Fool

Planet Labs has the opportunity to crush that projection over the next decade.
STOCKS・4 HOURS AGO
The Motley Fool

The remarkable performance of this asset speaks for itself.
BUSINESS・4 HOURS AGO
The Motley Fool

It's a bloodbath in the markets, and some cryptocurrencies are getting hit even harder than tech stocks today.
STOCKS・2 HOURS AGO