A number of factors have Wall Street on edge on right now. Supply chain disruptions and labor shortages are creating headwinds for manufacturers and retailers. The omicron variant of the coronavirus appears to be spreading quickly, and several countries have already reinstated travel bans. And on Tuesday, Jerome Powell said the Federal Reserve would consider accelerating the taper of its asset purchase program.

Collectively, those events have sparked sharp sell-offs, particularly in growth stocks. For instance, shares of Fiverr International (NYSE: FVRR) and MercadoLibre (NASDAQ: MELI) have fallen 60% and 43%, respectively, from their all-time highs. However, I think that creates an opportunity for long-term investors. Here's why both stocks are worth buying. 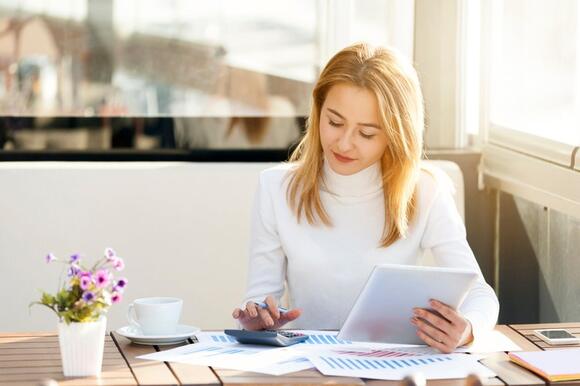 Fiverr has become a key player in the gig economy. Its platform is styled like a marketplace, connecting buyers (businesses) with sellers (freelancers) of digital services, and its product catalog lists jobs across 500 categories, spanning verticals like digital marketing, graphics and design, and lifestyle.

Fiverr also addresses the gig economy more broadly, providing a number of value-added services to its users. For instance, Fiverr Workspace is a back office platform that helps freelancers with job proposals, invoices, and task management. And Fiverr Learn is a training platform that helps freelancers sharpen their skills. On the flipside, the company leans on artificial intelligence to personalize the experience for each buyer, using the data generated by its platform to make relevant recommendations.

To say Fiverr provides a valuable service would be an understatement. In the third quarter, its take rate (revenue as a percentage of transaction volume) reached 28.4%, and its spend per active buyer jumped 20% to $234. Not surprisingly, the company is growing quickly.

As a caveat, Fiverr is unprofitable on a GAAP basis , but the company generated $6.1 million in free cash flow over the past 12 months, meaning its business can sustain itself.

On that note, Fiverr's mission to reimagine work has become increasingly relevant. Pandemic-driven business closures displaced millions of workers last year, but the gig economy offered a means to replace lost wages or earn supplemental income. Likewise, the Great Resignation -- a term that describes the uptick in employees who quit their jobs this year -- offers proof that people are reevaluating their priorities, looking for more flexible jobs or a better work-life balance. I think that trend will add fuel to the gig economy in the years ahead.

To that end, management puts its market opportunity at $115 billion -- more than 400 times Fiverr's revenue over the last 12 months, leaving plenty of room for growth. In that context, it's not hard to imagine this stock tripling in the next five years. That's why Fiverr looks like a smart long-term investment.

MercadoLibre operates the most popular online marketplace and fintech platform in Latin America, which itself is one of the fastest growing e-commerce markets in the world. To put its success in perspective, MercadoLibre receives roughly 667 visits per month -- nearly four times more than the next closest competitor.

To reinforce that advantage, the company has built a robust portfolio of value-added services, several of which have become key growth drivers. In the third quarter, its fintech business Mercado Pago saw total payment volume rise 44% to $20.9 billion, and its logistics business Mercado Envios shipped 248 million items, representing 97% penetration.

Also noteworthy, during the last 12 months MercadoLibre generated a GAAP profit of $1.59 per diluted share, up from a loss of $0.16 per diluted share in the previous year. That's encouraging, but e-commerce and digital payments are still in the early stages of adoption in Latin America, leaving plenty of room for future growth.

Case in point: Just 62% of the population has internet access, and only 38% of people shop online. But as those figures trend higher, the MercadoLibre marketplace should become more popular with both merchants and consumers, fueling the network effect that drives its business: More buyers means more sellers, and vice versa.

Similarly, Mercado Pago has seen strong adoption both on and off the marketplace, due to relatively low bank account and debit card penetration in Latin America. In hindsight, management's decision to expand its fintech platform off-marketplace was brilliant. Mercado Pago helps buyers and sellers overcome barriers to financial services, and it also allows MercadoLibre to monetize commerce more broadly.

In short, the company has a strong competitive position and several tailwinds at its back. That's why this stock is a smart buy .

They just revealed their ten top stock picks for investors to buy right now. Fiverr International is on the list -- but there are nine others you may be overlooking.

Riding the Oracle of Omaha's coattails has long been a moneymaking strategy.
STOCKS・18 HOURS AGO
The Motley Fool

All three are innovators in their respective markets.
STOCKS・1 DAY AGO

Few stocks deliver the overall dividend yield, growth, and stability that this stock can.
STOCKS・14 HOURS AGO
The Motley Fool

Not only is the price right for these three healthcare stocks, but they all offer revenue growth along with an above-average dividend.
STOCKS・15 HOURS AGO
The Motley Fool

The ongoing flight to safety ought to strong favor these defensively oriented dividend stocks.
STOCKS・15 HOURS AGO
The Motley Fool

If the market crashes, get defensive.
STOCKS・12 HOURS AGO

These income powerhouses, with yields ranging from 7.9% to 12.9%, are all great values.
STOCKS・17 HOURS AGO
The Motley Fool

These two companies could be top performers in 2022.
STOCKS・16 HOURS AGO
The Motley Fool

With a low price-to-earnings ratio, Levi's stock may be undervalued.
STOCKS・14 HOURS AGO
The Motley Fool

These companies are reliable, provide vital services to their customers, and trade at a reasonable valuation.
STOCKS・15 HOURS AGO
The Motley Fool

Tech stocks are tumbling, but investors should keep a long-term perspective.
STOCKS・10 HOURS AGO
The Motley Fool

It's all about interest rates today, but take note: GM is planning a big announcement tomorrow.
STOCKS・11 HOURS AGO
The Motley Fool

The market is on a downhill slide. What does that mean for your portfolio?
ALEXANDRIA, VA・15 HOURS AGO
The Motley Fool

A crash that started on Friday has continued on Monday.
STOCKS・10 HOURS AGO
The Motley Fool

These names have an average yield of 3.6%.
STOCKS・16 HOURS AGO
The Motley Fool