If you had invested less than $2,000 in Bitcoin (CRYPTO: BTC) when it first began trading, you'd now be a millionaire. That's assuming that you held onto your digital coins, of course.

Buying Dogecoin (CRYPTO: DOGE) could also have made you a millionaire. An investment of less than $2,800 in the digital tokens in late 2013 would now be worth $1 million.

But, as the old saying goes, that's all water under the bridge. Could Bitcoin and Dogecoin still be millionaire-makers? 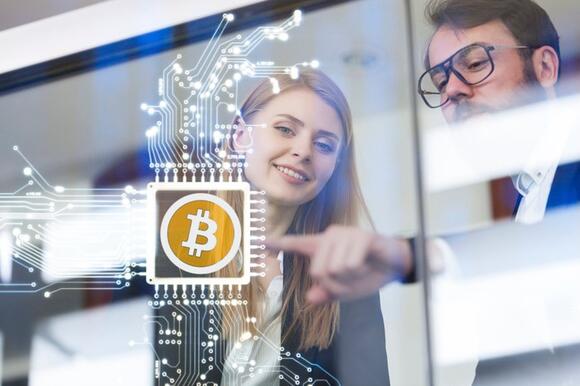 Keys to their success

To determine the likelihood of future success, it's important to understand the keys to the past success of Bitcoin and Dogecoin. There's at least one common denominator for the two cryptocurrencies -- their novelty.

Bitcoin was the world's first cryptocurrency. The concept of a blockchain (and even the word "blockchain" itself) didn't exist before Bitcoin.

Dogecoin had a different kind of novelty factor. It was created as a fun alternative to Bitcoin. The Shiba Inu dog on the Dogecoin logo became a popular internet meme. Tweets and support from Elon Musk contributed heavily to Dogecoin's popularity. Musk personally owns Dogecoin as well as Bitcoin and Ethereum (CRYPTO: ETH) .

Novelty only goes so far, though. Both cryptocurrencies also gained adoption beyond just trading. Bitcoin is by far the biggest winner on this front. It's accepted as a form of payment by more than 15,000 businesses. Some investors view it as an inflation hedge .

Dogecoin isn't as widely accepted by merchants as Bitcoin. However, the cryptocurrency has picked up more support in recent months. It's also used for tipping on Reddit and Twitter .

The current and future challenges for Bitcoin and Dogecoin directly relate to the keys behind their past success. Neither are the shiny new coins that they once were. The novelty factor has waned for both.

Sure, Bitcoin remains the biggest cryptocurrency based on market cap. DogeCoin ranks in the top 10. However, there are plenty of digital coins vying to become "the next Bitcoin." And DogeCoin faces several rival meme coins. Shiba Inu supporters even call the token the "Dogecoin killer."

More importantly, the real-world utility of Bitcoin and Dogecoin is being surpassed. For example, Ethereum's blockchain paved the way for non-fungible tokens (NFTs) and a wave of new cryptocurrencies. Many of the most popular digital coins on the market today are built on the Ethereum platform.

There could even be a challenge to Bitcoin's status as the best cryptocurrency for hedging against inflation. A recent study conducted by researchers at the University of Sydney and Macquarie University suggests that Ethereum could be an even better inflation hedge than Bitcoin.

Neither Bitcoin nor Dogecoin has as easy of a path going forward as they've enjoyed in the past. Does that mean that the two cryptocurrencies aren't still millionaire-makers? Not necessarily.

Any asset at least theoretically holds the potential to make $1 million. You might have to invest an extraordinarily large initial amount and/or have to wait a really long time for it to happen, though.

From that standpoint, both Bitcoin and Dogecoin could still be millionaire-makers over the long term. However, don't count on either of the cryptocurrencies to grow an initial investment of less than $2,800 into $1 million within the next decade or even the next 30 years.

The new year is a time for setting goals, and there’s no better season to re-evaluate your budget, finances and investments than the beginning of a new trip around the sun. While cryptocurrency and NFT’s might sound like the hottest, trendiest place to put your money, the volatility and learning curve might be still too great to risk money you can’t afford to lose. That’s why we recommend turning to The Motley Fool for stock recommendations and taking advantage of their can’t-miss new year deal on Stock Advisor, an investment tool that averages 599%* returns. Through the end of January 2022,...
STOCKS・23 HOURS AGO

Some incredibly promising companies are trading at huge discounts.
STOCKS・1 DAY AGO
The Motley Fool

Right now could be a smart time to buy the dip, but crypto isn't right for everyone.
STOCKS・1 DAY AGO

It's time to reconsider this former market beater.
STOCKS・5 HOURS AGO
The Motley Fool

This EV newcomer is on sale for its lowest price in months.
MARKETS・11 HOURS AGO
The Motley Fool

Bitcoin could still fall further, but it's the longer term that matters.
BUSINESS・7 HOURS AGO
Fortune

When it comes to buying things with crypto, Ether, stablecoins and Dogecoin are starting to encroach on Bitcoin’s turf

Never miss a story: Follow your favorite topics and authors to get a personalized email with the journalism that matters most to you. Consumers and businesses are increasingly starting to use digital tokens other than Bitcoin for purchases, according to BitPay Inc., one of the biggest crypto payments processors in the world.
CURRENCIES・17 HOURS AGO

Is "crypto-winter" here? Consider this stock as a sneaky long-term play on the cryptocurrency space.
STOCKS・1 DAY AGO
FXStreet.com

Bitcoin, Ethereum, Shiba Inu and Dogecoin rank amongst the most popular cryptos

What Is Cardano? Price Update As Crypto Spikes Ahead of SundaeSwap Platform Launch

The cryptocurrency token was one of the only major coins in the green on Monday as enthusiasts awaited the launch of a new exchange platform.
STOCKS・4 HOURS AGO
The Motley Fool

After posting record-setting gains last year, SHIB is now down roughly 14% in 2022.
STOCKS・3 HOURS AGO
FOXBusiness

Bitcoin prices tumbled on Monday with stock and bond markets closed for the Martin Luther King holiday. The largest crypto by market value slipped over 1% in afternoon trading, hovering around the $42,000 level. Ethereum and Dogecoin were also lower. Despite the ongoing volatility, digital currencies are expected to grow...
MARKETS・13 HOURS AGO
The Motley Fool

Two of its divisions dominate their fields and are cash cows.
STOCKS・11 HOURS AGO
The Motley Fool

Lemonade's future is incredibly bright, but it might take more than 12 months for the company to rise to its former glory.
MARKETS・10 HOURS AGO