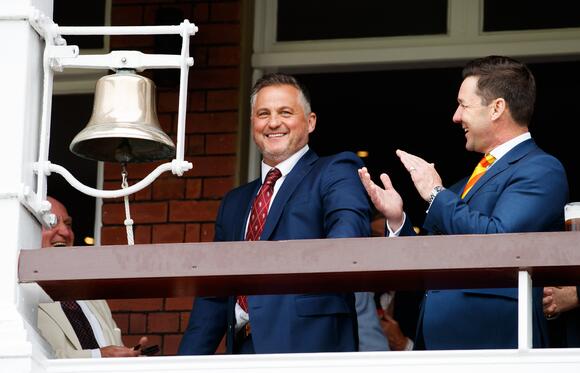 The former fast bowler is set to take the reins at his old club following a mass cull of backroom staff last week, an act of blood-letting that represents the most drastic response yet to the racism crisis engulfing the county.

A total of 16 coaching and medical personnel were shown the door on Friday, including the previous director of cricket, Martyn Moxon, and head coach Andrew Gale. The latter has said he is considering legal action but Yorkshire are moving ahead towards a new era and have reportedly persuaded Gough to trade a lucrative and successful broadcasting career with talkSPORT for a major rebuilding job at Headingley.

Gough has been out of the game since his retirement in 2008 but took a short-term mentoring role with England’s seamers on tour in New Zealand two years ago and was enthused by the experience.

Crucially, he is also highly regarded by whistleblower Azeem Rafiq and was among the first to make contact when his allegations of discrimination at the club became public.

Test skipper Root, a lifelong Yorkshire player, has backed Gough as the perfect man to help the White Rose bounce back from a torrid chapter in its history. 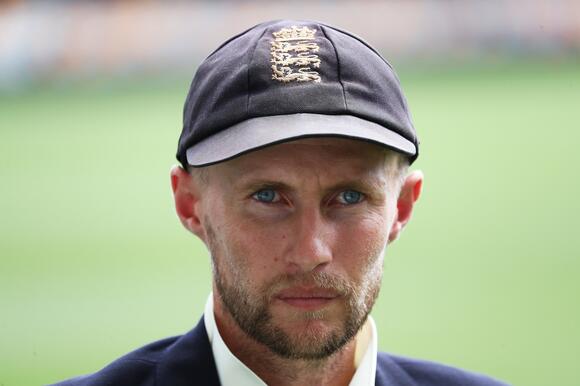 Speaking from Brisbane ahead of the first Ashes Test, he said: “It’s news to me, but if that is the case… he’s a good man and I’m sure he’ll be looking to put his stamp on things at the club.

“From my experience of spending time with Goughie he’s obviously very passionate and knowledgeable about the game. His love for it is clear for everyone to see.

“I’m sure he’ll want to bring all of that to the fore, all of his experience and achievements in the game and pass them on to the group if he is the man to take over.”

It is understood that a move for Essex’s highly-rated head coach Anthony McGrath, a former Yorkshire captain, would be high on Gough’s agenda.

Yorkshire's Joe Root has been backed to continue as England men's Test captain in a vote of BBC Sport readers. The position of Root, 31, has been questioned following the 4-0 Ashes defeat in Australia - a series in which England were criticised for decisions regarding selection and tactics. However,...
SPORTS・19 HOURS AGO
The Independent

Sports stars and clubs across the world continue to provide an insight into their lives on social media.Here, the PA news agency looks at some of the best examples from January 19.TennisAndy Murray served Naomi Osaka a compliment. And she returned it.Anyone put their heart on their sleeve and fight harder than @andy_murray ? 🥺🙏🏾🔥 https://t.co/c6G2SA2Ycx— NaomiOsaka大坂なおみ (@naomiosaka) January 19, 2022Osaka was feeling arty.Lol omg 😂💀 https://t.co/SeYxBn0avu— NaomiOsaka大坂なおみ (@naomiosaka) January 19, 2022Serena had a battle on her hands.[xdelx]Denis Shapovalov struggled with a banana!Sometimes the struggle is real 😅 Sorry, @denis_shapo 🍌#AusOpen • #AO2022• #AOTennis pic.twitter.com/NYtCJkQYss— #AusOpen (@AustralianOpen) January 19, 2022Madison...
TENNIS・2 DAYS AGO
The Independent

England and Joe Root were warned there is “no silver bullet” to remedy the various complaints about first-class cricket that have arisen following a dismal Ashes campaign.An uncomfortable spotlight has shone on the LV= Insurance County Championship after a 4-0 thrashing Down Under with Test captain Root and England and Wales Cricket Board chief executive Tom Harrison calling for a red-ball “reset”.There will be five rounds of Championship matches in June and July, as opposed to just three last year, as the competition returns to its regular two-division structure following a couple of revamped seasons caused by the pandemic.But the...
SPORTS・1 DAY AGO
The Independent

Phil Salt admitted it would be “very special” to make his Twenty20 debut for England at the Kensington Oval after spending six years of his childhood in BarbadosSalt was nine when his property developer father uprooted the family from Bodelwyddan in north Wales to the Caribbean island, where the now top-order batter’s “attention shifted” from football to cricket.He witnessed England getting their hands on the 2010 World Twenty20 and, a dozen years on, Salt is poised to make his international bow in the shortest format against the West Indies.Asked what it would mean to be in the XI at any...
WORLD・2 DAYS AGO

Ottis Gibson to take over as Yorkshire's head coach

Ottis Gibson, the former West Indies allrounder, is set to become only the second black head coach in the history of county cricket, after being appointed to take charge at Yorkshire on a three-year contract, starting at the end of February. Gibson, who won the T20 World Cup as West...
SPORTS・2 DAYS AGO
The Independent

England opener Tammy Beaumont believes Tahlia McGrath’s match-winning innings was one of the best she has seen after Australia stormed to a nine-wicket victory in the first Twenty20 of the Women’s Ashes.McGrath scored an unbeaten 91 off just 49 balls, hitting 13 fours and a six, as Australia chased down a target of 170 with three overs to spare in Adelaide to draw first blood in the series.The Adelaide-born all-rounder, selected ahead of Australian talisman Ellyse Perry, also impressed with the ball, claiming three quick wickets towards the back end of England’s innings to help limit the tourists to 169...
SPORTS・1 DAY AGO
The Independent

Eoin Morgan senses England will be more at home in Australian conditions at the T20 World Cup this year than they were when a chance at history in the United Arab Emirates went begging a couple of months ago.A bid to become the first nation to hold both white-ball World Cups simultaneously was brought to an end in the Gulf after they were beaten by New Zealand at the semi-final stage.Morgan believes holders and hosts Australia will be the team to beat in the autumn, even if England remain the top-ranked T20 side in the world, but he feels more...
WORLD・13 HOURS AGO
The Independent

England confirme friendly against Ivory Coast at Wembley in March

England will play their first senior fixture against the Ivory Coast in a friendly this March.Gareth Southgate’s side are preparing for the winter World Cup in Qatar and have lined-up two Wembley friendlies.The Three Lions are facing Switzerland on March 26 and will then host the two-time African champions on March 29.England have never played the Ivorians at senior level and the friendly marks the first time they have faced non-European opposition since November 2018.The Football Association describes the match as “an important test for the Three Lions on the road to this year’s 2022 FIFA World Cup”.England play four...
SPORTS・20 HOURS AGO

#A New Era#England#Ashes Test
The Independent

Tahlia McGrath starred with bat and ball for Australia as Meg Lanning’s side chased down 170 to storm to a nine-wicket victory in the first Twenty20 of the Women’s Ashes.The 26-year-old had only played three T20 internationals before being selected ahead of Australian talisman Ellyse Perry in the starting line-up in Adelaide and showed her prowess, hitting an unbeaten 91.McGrath claimed three quick wickets towards the back end of the England innings to curb their total before coming in at number three and scoring at a strike rate of 185.71 to put the game beyond Heather Knight’s side and ensure...
SPORTS・1 DAY AGO
The Independent

Sports stars and clubs across the world continue to provide an insight into their lives on social media.Here, the PA news agency looks at some of the best examples from January 20.FootballJack Harrison did his bit for charity.I’m raising money for @yorkshirecancer by raffling off my match worn shirt that I scored my first Premier League hat-trick in! Please get involved and help support a great cause https://t.co/xIyxwJoNvC 🤍 pic.twitter.com/l8zKnlNN3w— Jack Harrison (@Harrison_Jack11) January 20, 2022Tottenham celebrated a dramatic night.Wow that was madness. Football eh!?!? This guy 💙 pic.twitter.com/l9NHbcC28o— Harry Kane (@HKane) January 19, 20223 points 🤭😝 #COYS pic.twitter.com/ZmAjwwyNRQ— DAVINSON...
PREMIER LEAGUE・1 DAY AGO
The Independent

Pressure is building on Eddie Howe. The Newcastle United manager takes his team to Elland Road tomorrow to face Leeds United desperately needing a win. The prospect of relegation is growing by the week. There are plenty of points still available and things can change quickly. St James’ Park insiders were talking about the importance of beating fellow strugglers before the 1-1 draw with Watford last week, speaking in terms of a mini-league of the bottom five sides in the table. Leeds were very much in the mix at that point but two consecutive wins for Marcelo Bielsa’s men changed...
PREMIER LEAGUE・18 HOURS AGO
The Guardian

Owen Farrell has become a doubt for England’s Guinness Six Nations after suffering a new injury in training for his club Saracens.It was hoped Farrell would make his comeback after a two-month absence because of ankle surgery in Sunday’s Challenge Cup clash with London Irish in Barnet.But England’s skipper has been ruled out by a fresh setback and the Rugby Football Union has revealed that he will not be attending next week’s pre-Six Nations training camp in Brighton when a captaincy update will be issued.
RUGBY・21 HOURS AGO
The Independent

Mike Brown insists a resurgent Jack Nowell must be restored to England’s backline after acclaiming him as the greatest winger he has played alongside.Nowell is in contention to win his first cap since the 2019 World Cup in the Six Nations opener against Scotland on 5 February after overcoming a dire run of injuries.Impressed by his renewed impact for Exeter Eddie Jones recalled the 28-year-old to his 36-strong training squad that will begin preparations for the Championship in Brighton next week.Nowell, who owns a pub in his home town of Newlyn, has benefited from giving up alcohol and losing a...
WORLD・2 DAYS AGO
BBC

Jason Roy was relieved to be back with England after drawing a line under the injury which prematurely ended his T20 World Cup and insisted a 36-ball hundred in a practice game was merely a “bonus”.In his first outing since tearing his left calf in England’s final group match against South Africa on November 6, Roy bashed 10 sixes against a shellshocked Barbados Cricket Association President’s XI at the Kensington Oval.His whirlwind innings on Wednesday ended when he swept into the deep for 115 off 47 deliveries as England warmed up for a five-match T20 series against the West Indies...
WORLD・1 DAY AGO