Bob Dole to lie in state Thursday at the US Capitol 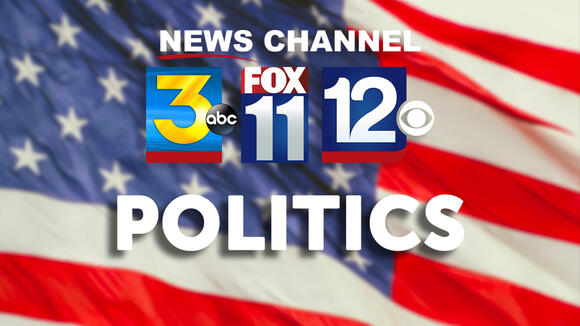 Former Senate majority leader and 1996 Republican presidential nominee Bob Dole will lie in state in the US Capitol Rotunda on Thursday, congressional leaders said in an announcement.

“Senator Dole was an extraordinary patriot, who devoted his entire life to serving our nation with dignity and integrity,” said House Speaker Nancy Pelosi, in a joint statement with Senate Majority Leader Chuck Schumer.

Dole died Sunday at age 98. He had announced in February that he was being treated for advanced lung cancer.

In their statement, Schumer, a Democrat from New York, said he always admired the Kansas Republican’s “steadfast advocacy for veterans and for Americans with disabilities and his love for his country.”

“Senator Dole exemplified the greatest generation, and while I never had the pleasure of serving in the Senate with him, his reputation and his achievements, and most of all his character preceded him.”

The joint announcement also included remarks from Senate Republican leader Mitch McConnell who said, “We look forward to honoring his life and legacy at the Capitol.”

“A bright light of patriotic good cheer burned all the way from Bob’s teenage combat heroics through his whole career in Washington and through the years since,” McConnell said.

Arriving in Washington at the dawn of the Kennedy administration, Dole would serve for 27 years as a US senator from Kansas, including two stints as the Senate majority leader, though he might be best known for his unsuccessful run as the Republican presidential nominee against Bill Clinton in 1996, his third attempt at the White House. He also served as President Gerald Ford’s running mate in 1976 after Nelson Rockefeller declined to stay on as vice president.

The post Bob Dole to lie in state Thursday at the US Capitol appeared first on NewsChannel 3-12 .

Democrats attempted to change the filibuster in order to pass voting rights legislation in the Senate this week.
CONGRESS & COURTS・1 DAY AGO
Virginia Mercury

WASHINGTON — A bipartisan group of senators is exploring legislation to overhaul how Congress counts Electoral College votes, but backers of stalled voting rights legislation are lukewarm on the effort as a substitute. The Electoral Count Act is an obscure law that has come under recent scrutiny, a year after the Jan. 6 attack on the U.S. Capitol […] The post With voting rights stalled, some senators mull an update to the Electoral Count Act appeared first on Virginia Mercury.
PRESIDENTIAL ELECTION・1 DAY AGO
POLITICO

An Oral History of When Politico Came to Capitol Hill

The view of the upstart publication from inside the halls of power ranged from amazed to appalled to enraged.
CONGRESS & COURTS・17 HOURS AGO
KDWN

WASHINGTON (AP) — The late Sen. Harry Reid has been remembered at the U.S. Capitol as a “legendary leader.” And President Joe Biden has paid silent tribute as Reid lay in state at the Capitol Rotunda. Senate Majority Leader Chuck Schumer says Reid spoke softly but carried the “force of thunder.” Reid served five terms in the Senate and rose to be majority leader. Reid died last month at 82. He had pancreatic cancer. Reid rose from poverty in a dusty Nevada mining town to deliver landmark legislation from the most powerful position in the Senate. House Speaker Nancy Pelosi says Reid “made the world a better place.”
CONGRESS & COURTS・9 DAYS AGO

WASHINGTON, Jan 12 (Reuters) - U.S. lawmakers gathered to honor former U.S. Senator Harry Reid, as his body lay in state in the rotunda of the Capitol in Washington on Wednesday, part of a tribute paid to the Democratic majority leader who died on Dec. 28. The Nevada statesman, who...
CONGRESS & COURTS・10 DAYS AGO
abc17news.com

‘Legendary leader’ Harry Reid lies in state at US Capitol

WASHINGTON (AP) — The late Sen. Harry Reid is being remembered at the U.S. Capitol. House Speaker Nancy Pelosi called him a “legendary leader.” Senate Majority Leader Chuck Schumer said he spoke softly but carried the “force of thunder.” Colleagues and friends have gathered to pay tribute to a hardscrabble Democrat who served five terms in the Senate and rose to be majority leader. Reid died last month at 82. He had pancreatic cancer. Reid rose from poverty in a dusty Nevada mining town to the most powerful position in the U.S. Senate. He was Democratic leader for a dozen years, eight of them as majority leader.
CONGRESS & COURTS・10 DAYS AGO
New York Post

Former Senate Majority Leader Harry Reid became the 34th person to lie in state in the US Capitol Rotunda Wednesday, with his former lieutenant, Sen. Chuck Schumer (D-NY), saying “few have shaped the workings of this building” like the pugnacious Nevadan. Reid, who died Dec. 28 at the...
NEW YORK CITY, NY・10 DAYS AGO
NBC News

WASHINGTON — Members of Congress honored the life of the late Senate Majority Leader Harry Reid at a ceremony Wednesday as he lay in state in the Capitol Rotunda. Senate Majority Leader Chuck Schumer, D-N.Y., shared several stories about his former colleague during the event, including that Reid never said "goodbye" at the end of phone conversations and would just hang up. He joked that Reid was "allergic" to new technology.
CONGRESS & COURTS・11 DAYS AGO

Harry Reid is the 37th public servant to lie in state at the Capitol. A Capitol Hill veteran explains the history behind the practice.

Black Lawmakers Fire Back at Mitch McConnell: 'We Are American'

Charles Booker, who is running for U.S. Senate in Kentucky, said he was "no less American than Mitch McConnell" and described him as a "craven man."
NEW YORK CITY, NY・2 DAYS AGO
Newsweek

The two moderate Senate Democrats joined Republicans in striking down an attempt to change the filibuster to pass voting rights legislation.
CONGRESS & COURTS・2 DAYS AGO

Most analysts believe Republicans are well-positioned to take back control of the House in the midterms.
CONGRESS & COURTS・1 DAY AGO
Newsweek

"I've never been accused of this kind of thing before. It's hurtful," Mitch McConnell said after being slammed for his remarks.
CONGRESS & COURTS・1 DAY AGO
Newsweek

"We need you guys to step up to the plate, Lindsey Graham, and tell us who you are," Bannon said while calling for the unmasking of five "traitor" GOP senators.
CONGRESS & COURTS・2 DAYS AGO

Mitch McConnell caused many jaws to drop on Twitter when he responded to a question from a journalist about concerns of voters of colour.The Senate minority leader was speaking alongside members of Republican leadership at a press conference on Wednesday evening when he was asked by Latino Rebels correspondent Pablo Manriquez about his message to voters afraid that without voting access protections that would be in place if the Democrats’ voting rights legislation were to pass, they will be unable to vote.His response elicited a wave of criticism on Twitter for a choice of words that appeared to establish...
CONGRESS & COURTS・1 DAY AGO
Newsweek

Experts say the House committee investigating the Capitol riot has hundreds of pages of documents and more potential testimonies that can prove to be explosive.
POTUS・1 DAY AGO
Newsweek

71 Percent of U.S. Senators Out if Age Limits Imposed on Elected Officials

Fifty-eight percent of Americans surveyed in a new poll said that there should be a maximum age limit for elected officials.
CONGRESS & COURTS・2 DAYS AGO
Business Insider

The US attorney's office that Giuliani once led obtained access to thousands of his messages and communications as part of its criminal investigation.
U.S. POLITICS・1 DAY AGO