Microsoft CEO cashes in half of his shares 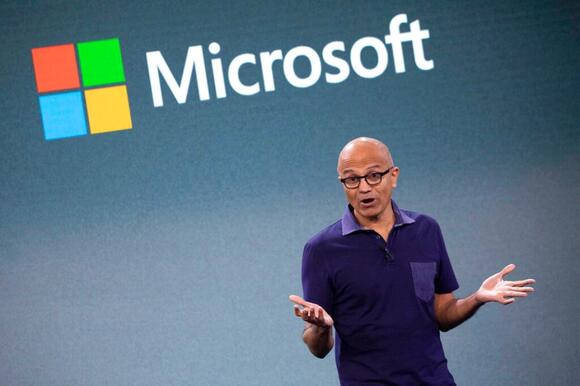 ( Front Office Sports ) — With Microsoft’s stock near its all-time high, CEO Satya Nadella cashed out half of his shares.

The sale, which happened over two days last week, earned Nadella around $285 million.

The CEO may have been motivated by a Washington state law which comes into effect next year that will tax capital gains held for over a year above the federal rate.

Under Nadella, the company has risen steadily to become one of the two largest publicly traded companies in the world, with a market capitalization of $2.49 trillion as of Tuesday.

It has also signed technology partnerships with the NFL, Real Madrid, the PGA Tour, NASCAR, the Big3 basketball league, and the Special Olympics.

The company is seeking to grow further through metaverse software unveiled earlier this month, as well as gaming.

The company stated that Nadella, who has been CEO since 2014, “is committed to the continued success of the company, and his holdings significantly exceed the holding requirements set by the Microsoft Board of Directors.”

Nadella’s total fiscal 2021 compensation was nearly $50 million, and he made over $40 million the previous two years.

Stocks fell sharply on Monday as investors anticipated inflation-fighting measures from the Federal Reserve and fretted over the possibility of conflict between Russia and Ukraine.
BUSINESS・1 DAY AGO
WGNO

Police are looking for three people responsible for a shooting that occurred in New Orleans' Dillard neighborhood.
NEW ORLEANS, LA・16 HOURS AGO
WGNO

Monroe man jailed after officers find handgun in his vehicle

The Big Tech earnings boom is over, and investors are now searching for safety

Big Tech's massive growth during the COVID-19 pandemic reached its peak and its limit in 2021, and investors are now searching for safety as the outlook for the new year is looking glummer with every new earnings report.
STOCKS・16 HOURS AGO

Bloomberg warns that the semiconductor giant's Arm buyout could be doomed.
STOCKS・17 HOURS AGO
The Motley Fool

The tech giant is simplifying a complex takeover with a vague buzzword.
BUSINESS・22 HOURS AGO
AFP

Microsoft beat market expectations Tuesday with strong quarterly performance in cloud computing and software, still benefitting from the pandemic's online shifting of work, play, shopping and learning. Ives saw the strong earnings from Microsoft as a "broader indication of strength we expect to see across the enterprise cloud software landscape throughout this earnings season."
TECHNOLOGY・8 HOURS AGO
MarketWatch

Investors are jumping to hasty conclusions about this massive deal.
BUSINESS・1 DAY AGO

The chipmaker and the REIT have a lot more in common than you might think.
STOCKS・21 HOURS AGO
The Hollywood Reporter

Labor giant the Communication Workers of America is calling for regulatory scrutiny of Microsoft’s purchase of Activision Blizzard after an organizational change was revealed at one of the video game holding company’s developers that will affect workers who recently announced they were forming a union. On Monday, Polygon senior reporter Nicole Carpenter reported on a staff email from Raven Software studio head Brian Raffel announcing an “organizational change” at the Activision Blizzard-owned studio that would “embed” quality-assurance workers in various teams, including those for animation, audio and production. The email said that the restructuring “has been carefully considered and is a...
LABOR ISSUES・14 HOURS AGO
The Motley Fool

Microsoft Just Delivered a Knockout Punch to the PlayStation 5

The Xbox could give Sony sleepless nights thanks to Microsoft's latest purchase.
VIDEO GAMES・23 HOURS AGO
The Motley Fool

The e-commerce company was a prime beneficiary of the coronavirus pandemic but is stumbling out of the gate in 2022.
STOCKS・1 DAY AGO

These companies don't have to wait on the metaverse to rake in big bucks.
STOCKS・1 DAY AGO
The Independent

Tumbling tech stocks and cryptocurrencies have seen the fortunes of some of the world’s richest people take a hit over the past week.Bloomberg reports that Tesla and SpaceX founder Elon Musk lost $25.1bn (£18.5bn), Amazon’s Jeff Bezos saw a $20bn (£14bn) drop in his fortune, Changpeng Zhao of Binance lost $17.7bn (£12.5bn), and Facebook’s Mark Zuckerberg is $10.4bn (£7.6bn) worse off.It was the worst week for the stock market since the crash at the onset of the pandemic.Big-name companies suffered, with Peloton falling below its IPO price and Netflix suffering its steepest drop in a decade. Stocks in chipmakers...
STOCKS・2 DAYS AGO
MarketWatch