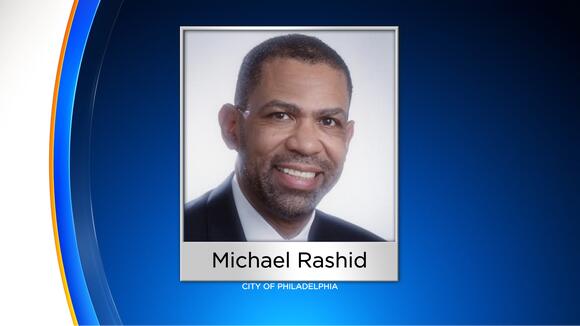 “Today I offered, and Mayor Kenney accepted, my resignation as Director of Commerce. My continued service would serve as a distraction from the work of the Department, which is far too important to the City and region,” Rashid said in a statement. “I also have had the opportunity to speak with leaders of the Jewish community in Philadelphia and apologize for my previous comments which were inappropriate and insensitive. I look forward to future engagement with the community going forward.”

Rashid collaborated with City Council, Ready, Set, Philly, the Chamber of Commerce for Greater Philadelphia, the Equity Alliance, and others during his time working in city government.

“I’ve accepted Mr. Rashid’s resignation today in light of his inappropriate comments. The work of the Commerce Department is far too crucial—and it’s important that the Department stays focused on its mission of supporting Philadelphia’s business community at this critical time as we continue to recover from the devastating impacts of the pandemic,” Kenney said in a release. “The City is committed to ensuring a fair and inclusive working environment where the values of respect and dignity are upheld.”

The American Jewish Committee previously  called for Rashid’s resignation in a statement following the report:

In 2020, Mayor Kenney joined American Jewish Committee’s national Mayors United Against Antisemitism initiative in partnership with the U.S. Conference of Mayors. To date, more than 700 mayors have signed the statement declaring unequivocally that antisemitism is incompatible with the democratic values that are at the very bedrock of our society.

AJC calls on Mayor Kenney to take immediate action in line with this pledge by calling for Rashid to resign and work with the Jewish community to educate all city offices and city-funded institutions on the IHRA working definition of antisemitism and utilize Translate Hate, an AJC resource that clearly explains when statements are antisemitic. Only through education and accountability will Philadelphia truly be the city of brotherly love where pluralism and diversity are respected and honored.”

Luck you where black or they would be rioting and they would have you on trial for hate crime!!!! And he would be on EVERY communist news network in the United States!!!

it's good that they made an example of someone. Enough is enough people get away with too much crap. it's getting sickening.

PHILADELPHIA (CBS) — Bobby Henon, the Philadelphia councilman who was convicted last November in a bribery and corruption scandal involving labor union boss John Dougherty, has announced his resignation from the council. According to a release, Henon’s resignation took effect at 8 a.m. Thursday. He has already submitted the resignation to Council President Darrell Clarke. “Today, I officially resigned my position as the Philadelphia City Council Person representing the 6th Council District,” he said in a release, adding, “I am grateful to the residents of the 6th District for allowing me to serve as Councilman for the past 10 years.” Sources told CBS3...
PHILADELPHIA, PA・49 MINUTES AGO
CBS Philly

PHILADELPHIA (CBS) — A Massachusetts man has been sentenced to four years in prison and three years of supervised release for sending racist, misogynistic threats to Philadelphia Police Commissioner Danielle Outlaw via email. Forty-year-old Peter Fratus, of West Dennis, was convicted after a three-day trial in September 2021 on charges of transmitting threatening communications in interstate commerce. In June 2020, Fratus sent two emails to the Philadelphia Police Commissioner’s official City of Philadelphia email address. Officials say the emails contained racist, offensive, and threatening language. In one of the emails, he asked where she lived in one of the emails. He also has a long history of sending racist, misogynistic threats and assaulting law enforcement officers. “Sending threats online is a serious federal crime, whether the victim is a private citizen or a prominent civic leader,” said U.S. Attorney Jennifer Arbittier Williams. “The public can rest assured that our office, together with our law enforcement partners, will work tirelessly to identify anyone who does this in order to ensure they’re held accountable for their actions.” The FBI investigated this case with the assistance of the Philadelphia Police Department and the Dennis Police Department.
PHILADELPHIA, PA・19 HOURS AGO
CBS Philly

PHILADELPHIA (CBS) — Philadelphia Marine veteran Jamal Johnson began his 90-mile walk to Gov. Tom Wolf’s house in York County on Tuesday. Johnson is hoping to get the governor to take action and help the city solve the violence crisis. He says government leadership continues to fail the city, and they are offering little in combatting the violence. “I’m going to do what it takes to be noticed and have it understood we’re tired of people dying on the streets of Philadelphia with the minimum amount of support we’re getting from the Kenney administration,” Johnson said. Johnson estimates it will take him 14 days to reach Gov. Wolf’s house.
PHILADELPHIA, PA・1 DAY AGO
CBS Philly

PHILADELPHIA (CBS) — The law school at the University of Pennsylvania is initiating a process that could end in sanctions against a professor accused of making anti-Asian remarks. Amy Wax reportedly said the country is better off with fewer Asians and less Asian immigration. Those comments followed a recent radio interview in which Wax said most Asians support Democrats and their positions. In a statement, the law school dean, Ted Ruger, said her “conduct has generated multiple complaints.” Adding, “It calls for a process that can fairly consider claims that her conduct has an adverse impact on her teaching.”
COLLEGES・1 DAY AGO

PHILADELPHIA (CBS) — Activists in Philadelphia are using Martin Luther King Day as a chance to boost something very important to civil rights activists — voting. The Urban League of Philadelphia and other community leaders are setting up voter outreach locations across the city. “We’re trying to remember Dr. King’s life and voting is very important,” City Commissioners Vice Chairman Omar Sabir said. “Our life is dependent on it. Now is our time and our time is now. We have to get active.” People will be able to register to vote, request a mail-in ballot and go over key election deadlines. Here is...
PHILADELPHIA, PA・5 DAYS AGO
CBS Philly

PHILADELPHIA (CBS) — Some of the funding from the Infrastructure Investment and Jobs Act will begin to flow into the Philadelphia region next week. It will go to repair the region’s roads, bridges, and mass transit. “They definitely need to be restored and repaired,” Philadelphia resident Meg Lile said. “It keeps the flavor of the city as beautiful as it is.” The “they” Lile is referring to are Philadelphia’s bridges, but some of that beauty is becoming harder to notice. “Repair them,” Lile said. “We need them, and we need them safe.” Eighty of Philadelphia’s bridges, including the MLK Bridge crossing the Schuylkill River,...
PHILADELPHIA, PA・5 DAYS AGO