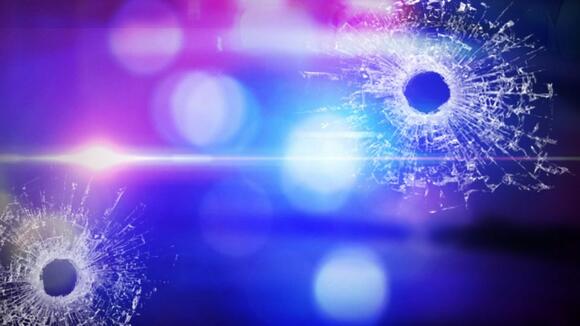 The shooting in the city’s Kensington section neighborhood occurred around 4:30 a.m. The gunfire erupted near an after-hours club, but it wasn’t clear if the shooting stemmed from an incident there or if the men had been in the club.

The wounded man was shot in the face, back and stomach, authorities said, and he was hospitalized in stable condition. The names of the victims were not disclosed.

A motive for the shooting remains under investigation.

21-year-old locked up after Altoona resident shot at home

ALTOONA, Pa. (WTAJ) — A 21-year-old man is behind bars in connection to a shooting earlier this month in Altoona. Keshaun Randolph, 21, was arraigned Wed. Jan. 26 on charges that include criminal conspiracy, robbery, burglary and aggravated assault and jailed in lieu of $400,000 cash bail. Altoona police say a man was shot after […]
2 HOURS AGO
WTAJ

CAMBRIA COUNTY, Pa (WTAJ)- A Cambria County man has pleaded guilty to voluntary manslaughter after being charged for shooting and killing his grandson in April 2021, according to the Cambria County District Attorney’s office. John T. Oblinsky, 68, of Summerhill pled guilty this morning, Wednesday, Jan. 26, as he was charged in last April over […]
CAMBRIA COUNTY, PA・4 HOURS AGO
WTAJ

BEDFORD COUNTY, Pa. (WTAJ) — A Bedford County man faces multiple charges after police say he hit a child with a pellet gun during target practice in December. Leo Mason Ramsey, 36, of Saxton, has been charged with aggravated assault, simple assault, recklessly endangering another person and endangering the welfare of children. Ramsey was allegedly […]
BEDFORD COUNTY, PA・19 HOURS AGO
WTAJ

Search leads to drugs hidden under child’s mattress in Johnstown

JOHNSTOWN, Pa. (WTAJ) – A Johnstown man was arrested after a search warrant led detectives to drugs and money hidden under a child’s mattress along with finding multiple stolen guns and clips. According to the complaint, Cambria County detectives executed a search warrant Jan. 25 with Croyle Township police at a residence in Building 13 […]
JOHNSTOWN, PA・5 HOURS AGO

HUNTINGDON COUNTY, Pa. (WTAJ) —A Huntingdon County man was convicted of attempted murder on Jan. 21, in relation to an incident from 2020. Talen Trice, 27, was convicted in Huntingdon County Court. In July of 2020, police responded to a crash in Mount Union where a male victim was found with severe burns and puncture […]
1 DAY AGO
WTAJ

Snowmobile driver rushed to UPMC Altoona after crashing into minivan

BEDFORD COUNTY, Pa. (WTAJ) — A 40-year-old man driving a snowmobile was rushed to UPMC Altoona after he crashed into a minivan traveling down the road. The crash happened on Jan. 17 during a snowstorm as both were traveling on Chestnut Ridge Road in Napier Township, Bedford County. What police referred to as a “white-out” […]
5 HOURS AGO
WTAJ

JOHNSTOWN, Pa. (WTAJ) — A Johnstown man is behind bars after police say he held two people hostage during a five-hour standoff on Jan. 25. Keyshawn W. Cooks, 24, is accused of breaking into a residence at Oakhurst Homes in Johnstown and holding a gun to a woman’s head. An infant was also held hostage […]
1 DAY AGO

Police: Somerset teen accused of DUI while driving to work

SOMERSET, Pa. (WTAJ) — A Somerset teen was pulled over Monday evening and police reported they smelled burnt marijuana coming from inside of the car. The 17-year-old was pulled over in a Ford Fiesta, telling police she was on her way to work. Police also report that she admitted to smoking marijuana before school that […]
SOMERSET, PA・1 DAY AGO
WTAJ

BLAIR COUNTY, Pa. (WTAJ) — An Antis Township man is behind bars after state police say he threatened a woman with a gun. Brett Gates, 34, allegedly called a friend and told him he was going to kill a woman and then himself on Jan. 21. State police said the victim does have a PFA […]
BLAIR COUNTY, PA・1 DAY AGO
WTAJ

Pa. woman concerned for her health after coming face-to-face with monkey after crash

VALLEY TOWNSHIP, MONTOUR COUNTY (WBRE/WYOU) — All of the escaped monkeys from Friday night’s crash are now accounted for, but public health concerns remain. Michele Fallon of Danville says she’s concerned for her health after coming into close contact with one of the monkeys on the side of the interstate.  Fallon says she never could have imagined that […]
1 DAY AGO
WTAJ

HUNTINGDON COUNTY, Pa. (WTAJ) — State police report that two suspects are facing charges after being accused of trying to steal catalytic converters in Huntingdon County. Darren Norris, 28, and Dena Norris, 49, both of Everett were reportedly charged after police were called to Raystown Road in Marklesburg Borough Jan. 19. Through the investigation, police […]
HUNTINGDON COUNTY, PA・7 HOURS AGO

ALTOONA, Pa. (WTAJ) — An Altoona man is in jail after police say he led officers on a high-speed chase down Seventh Avenue in a Ford F-250 plow truck. It was early Monday when Logan Township police say Ryan Lynn, 37, passed a patrol car on Seventh Avenue at 13th Street at a high rate […]
ALTOONA, PA・1 DAY AGO
WTAJ

BLAIR COUNTY, Pa. (WTAJ) — State police are looking for more information after someone forced their way into a Blair County residence and reportedly moved things around before leaving without taking anything. According to the report, an unknown actor(s) forced their way into the residence on 900 block of N 7th Street in Antis Township, […]
BLAIR COUNTY, PA・2 DAYS AGO
WTAJ

Curwensville community helps family that lost their home in a fire

CLEARFIELD COUNTY, Pa. (WTAJ) – One Clearfield County community is coming together to help out a member of their own after losing everything in a fire over the weekend. The Southside Subs and Grocery deli is accepting tips this whole week, which will be given to the Bloom family. The deli is coming to the […]
CURWENSVILLE, PA・21 HOURS AGO
WTAJ

Turnpike driver taken to hospital after crash with plow truck

MIAMI (AP) — The U.S. Coast Guard battled time and currents Wednesday as aircraft and ships searched for 38 people missing in the Atlantic off Florida, four days after the capsizing of a suspected smuggling boat killed at least one and left one known survivor. Capt. Jo-Ann F. Burdian told a news conference that finding […]
PUBLIC SAFETY・6 HOURS AGO
WTAJ

MIAMI (AP) — The U.S. Coast Guard searched on Tuesday for 39 people missing for several days after a boat believed to be used for human smuggling capsized off Florida’s coast en route from the Bahamas. A good Samaritan called the Coast Guard early Tuesday after rescuing a man clinging to the boat 45 miles […]
ACCIDENTS・21 HOURS AGO
WTAJ

(WTAJ) — With freezing temperatures in full swing in Pennsylvania, it’s important to keep in mind that pets are just as susceptible to hypothermia, frostbite and even death if left outside for longer than 30 minutes. In 2017, Pennsylvania Governor Tom Wolf updated animal cruelty restrictions, saying animals are not to be left outside for […]
ALTOONA, PA・23 HOURS AGO
WTAJ

BEDFORD COUNTY, Pa (WTAJ)– ‘Who let the dogs out’ took on a new meaning for one shelter dog who was able to get free from his kennel overnight. Bedford County Humane Society employee, Joyce Ross, could not believe her eyes on what she walked into the next morning. Long time shelter dog, Gilligan, found his […]
BEDFORD COUNTY, PA・1 DAY AGO