Chances are, you're counting on Social Security benefits to make up part of your retirement income. Most people rely on these benefits but may not realize the decisions they make regarding their Social Security checks can affect the amount of money they end up receiving.

While there's a lot of complicated Social Security rules that apply in different situations, such as to married couples, there are two basic rules every senior considering early retirement needs to know in order to avoid accidentally ending up with far less money than they expect from Social Security. 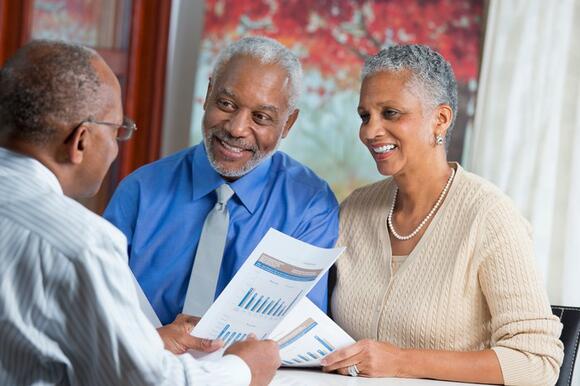 If you retire early, chances are good you'll be leaving work before reaching your full retirement age (FRA) for Social Security. Your full retirement age is when you become entitled to receive your primary insurance amount, or PIA. Your PIA is your standard benefit based on a percentage of your average wages.

Full retirement age is between 66 and 2 months and age 67. Any time you claim benefits before this time , you're subject to early filing penalties. These penalties apply for each month you've claimed ahead of FRA. So if you claimed benefits at 66 when your FRA was 66 and 2 months, you would be subject to two months' worth of them.

The early filing penalties imposed by Social Security's benefits formula reduce your PIA by 5/9th of 1% per month for the first 36 months. If you start checks more than three years early, the reduction equals 5/12th of 1% for each additional month. These penalties add up. For each full year you claim benefits ahead of FRA, you lose 6.7% for the first three years and 5% for each prior year.

This benefit reduction can leave you with a Social Security benefit that's as much as 30% smaller than the amount you'd have received at FRA. If you'll be relying on Social Security to make up a big part of your annual income, you could come to regret shrinking your checks.

2. If you work less than 35 years, your average benefit will be smaller

Early retirement could also mean that your total career spans less than 35 years, which could also shrink your Social Security checks.

Benefits are based on average wages, as mentioned above. But the Social Security Administration has a specific formula for figuring out what your average wages are. The SSA adjusts your wage history for inflation and then takes an average of what you earned in the 35 years when your income was the highest.

If you've worked less than 35 years, the formula remains the same, but the SSA simply considers your wage to be $0 in some years. As a result, your benefits shrink, because the inclusion of zero dollars when your benefits are calculated results in a reduction of the average wages that determine your primary insurance amount.

Making sure to stay on the job for at least 35 years allows you to avoid this reduction. And, if you had some early years when you didn't earn a lot but your salary is higher late in life, working for additional years could pay off in raising your benefit. In this situation, higher-earning years could replace lower-earning ones in the calculation of your average wage.

All this said, you may decide you're OK with smaller benefits because early retirement is important to you. But just be sure you know the potential consequences of leaving the workforce at a young age.

Social Security could look a little different for you in January 2022.
BUSINESS・12 HOURS AGO
The Motley Fool

The quick answer? Yes. But whether you'd want to is a different story.
PERSONAL FINANCE・10 HOURS AGO
The Motley Fool

You may not receive as much as you think.
ECONOMY・2 DAYS AGO
GOBankingRates

The 2022 COLA increases have been applied to new Social Security payments for January, and the first checks have already started to hit bank accounts. See: What To Expect From Social Security in...
BUSINESS・2 HOURS AGO

Social Security is getting a big change this year -- in fact, the largest one in almost four decades. See: Social Security Payment Schedule 2022 -- What Dates to Watch Out For Find: How To Refinance a...
BUSINESS・1 DAY AGO
GOBankingRates

If you want to retire comfortably, then you need to start planning now. By understanding how to maximize your Social Security benefits, you won't have to worry.
PERSONAL FINANCE・9 HOURS AGO
The Motley Fool

Stimulus Update: File Your Taxes Early if You're Due Stimulus Funds

You can claim missing stimulus money on your taxes, but you'll want to do so as soon as possible.
INCOME TAX・7 HOURS AGO
The Motley Fool

Already Hate Your Medicare Plan? Here's What to Do

You might have options if your Medicare coverage isn't working out.
HEALTH・11 HOURS AGO

Social Security Optimization: Maximize Your Benefits Even if You Start Collecting Early

The rule of thumb for collecting Social Security benefits is the earlier you claim, the less you will receive via your monthly check. Conversely, the longer you wait, the larger your monthly benefit...
PERSONAL FINANCE・23 HOURS AGO
GOBankingRates

It's a little-known fact, but earnings for active duty military service or active duty training are covered under Social Security and have been since 1957. One of the special benefits military members...
MILITARY・2 DAYS AGO
The Motley Fool

Though there are plenty of good reasons to save in a Roth IRA, here's one perk you can't ignore.
PERSONAL FINANCE・1 DAY AGO
The Motley Fool

6 Big Changes Lawmakers Are Targeting for Retirement Accounts in 2022

The Securing a Strong Retirement Act aims to make saving for retirement easier -- but how could it affect you?
CONGRESS & COURTS・1 DAY AGO
GOBankingRates

7 Easy Ways Every Boomer Can Catch Up on Retirement Savings

Given that the future is always uncertain, planning for it can seem a little daunting. Or worse, something you can keep putting off indefinitely. However, this is all valuable time that could be spent...
PERSONAL FINANCE・23 HOURS AGO
The Motley Fool

Speeding Toward Retirement With a Savings Shortfall? Here's What to Do

If retirement is nearing and your savings are lacking, you're not necessarily doomed.
PERSONAL FINANCE・9 HOURS AGO
The Motley Fool

Don't shrink your Social Security benefits because you don't understand the implications of your filing decisions.
PERSONAL FINANCE・1 DAY AGO
The Motley Fool

How to Cope if Inflation Is Wrecking Your Retirement Budget

Living costs are soaring. Here's what retirees can do to get by.
BUSINESS・1 DAY AGO
The Motley Fool

Should You Tap Your Emergency Fund to Pay Off a Credit Card Balance?

Credit card debt can be costly. But should you raid your savings to get rid of it?
PERSONAL FINANCE・8 HOURS AGO
The Motley Fool

Why Is 2022's Average Social Security Benefit Lower Than You Might Expect?

You'll be shocked to see just how much the typical retiree is getting in Social Security income.
PERSONAL FINANCE・8 HOURS AGO
GOBankingRates

Although tax situations are different for everyone, some individuals will be required to pay taxes on their Social Security income. The Social Security Administration (SSA) states that such benefit...
INCOME TAX・2 DAYS AGO
The Motley Fool

Although you'll get more money in your checks, that's not necessarily good news.
BUSINESS・2 DAYS AGO