Tech stocks have taken it on the chin recently. After the market bid them up to particularly lofty valuations, concerns about the omicron COVID-19 variant, inflation, and other headwinds have sent many of them down by double-digit percentages. But amid the market-wide hand-wringing, opportunistic investors are hunting through the sector for buying opportunities.

To help, we asked three Motley Fool contributors to highlight a tech company that they see as a great long-term buy today. They came up with MercadoLibre (NASDAQ: MELI) , United Microelectronics (NYSE: UMC) , and DocuSign (NASDAQ: DOCU) . 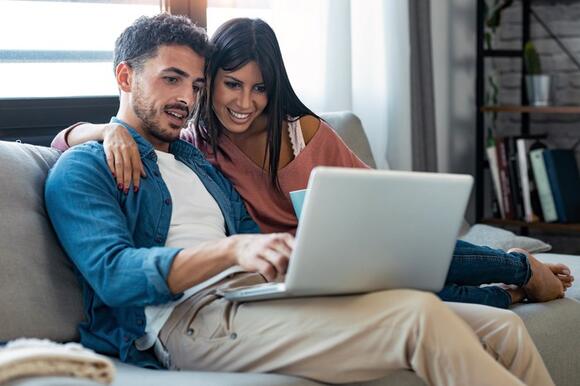 A tech-powered e-commerce and fintech leader

Brian Withers (MELI): Founded in 1999, MercadoLibre is the leading e-commerce player in Latin America. It's also becoming a leader in the fintech space. The company has executed well throughout the pandemic, but its stock is down more than 40% from the high it touched earlier in the year. Let's take a look at why now is a great time to pick up shares of this Latin American commerce leader.

MercadoLibre experienced tremendous growth due to the pandemic. In the third quarter, its revenue grew an impressive 66% year over year on top of the 85% growth it booked in the prior-year quarter. Items sold -- an indication of an e-commerce business's health -- grew by 26% after doubling in Q3 2020. Lastly, payment transactions grew by a healthy 55% on top of triple-digit growth the previous year. Even as growth in those metrics slows down from its previous pandemic-driven pace, the new customers and sales volume it added over the past two years aren't going away.

But investors are always looking forward, and they should be encouraged that the company is stepping up its game. In its most recent earnings call , Chief Financial Officer Pedro Arnt pointed to three recent initiatives that could drive significant growth for MercadoLibre in the years to come. First, its pilot grocery delivery program is doing well, and is now adding fresh items in its Sao Paulo, Brazil, location. It expects to expand this initiative into Buenos Aires and Mexico City. Second, it's enhancing its tiered loyalty program with hooks into its fintech offerings in an effort to increase repeat traffic to its ecosystem. Third, the company made significant advances in its managed fulfillment network penetration, which has grown from 64% last year to 86% now. This will help increase the speed and consistency of the goods moving through the network, which should make customers even more satisfied with its services -- and more likely to keep using them.

Between the business improvements and the stock's price pullback, the company's price-to-sales ratio is approaching a 5-year low. The gains made during the earlier stages of the pandemic will continue to power growth in years to come, making this stock a great addition to your portfolio now, while the tech sell-off has it trading lower. 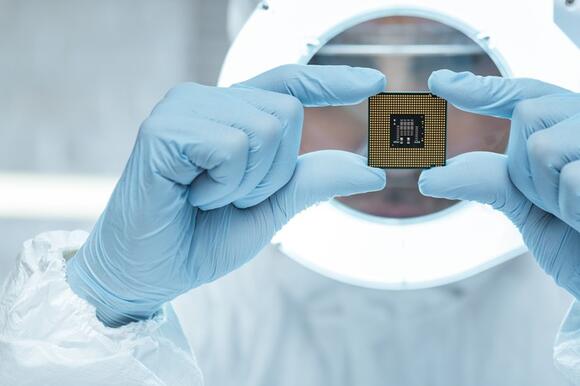 Will Healy (United Microelectronics): Due to the ongoing global chip shortage, many investors have focused on the world's biggest foundry company, Taiwan Semiconductor (TSMC). However, they still often overlook the successes of United Microelectronics (UMC) -- the second-largest foundry company in Taiwan and the world's third largest, with about 7% of the market, according to TrendForce.

Moreover, UMC has found a formula for success by not competing with TSMC in one area -- it has decided not to make chips using processes more advanced than 14 nanometer (nm). However, instead of dooming itself to failure with that strategy, that actually makes it more deserving of a place among the top chip stocks ready for bull runs .

For one, its emphasis on chips made with older fabrication technology has eliminated much of the need for intensive capital investment. In light of the chip shortage, UMC has pledged to spend 100 billion New Taiwan dollars ($3.6 billion) on capital expenditures to increase its production. In comparison, TSMC will allocate $100 billion to capex over the next three years, about 28 times as much.

Also, UMC can still serve the automotive, 5G, and IoT chip markets, which do not necessarily demand the most cutting-edge semiconductors. In the third quarter, only 19% of its sales involved the smallest fabrication-process chips it sells -- those made using process nodes between 14nm and 28nm. And UMC's focus on older fabrication nodes did not stop Micron from expanding its partnership with the chipmaker. News of that decision Wednesday sent UMC's stock higher.

In Q3, revenue surged 25% year over year to NT$55.9 billion ($2 billion), while net income rose 92% to NT$17.5 billion ($630 million). Slower growth in operating expenses helped to boost profits. UMC also outperformed TSMC, which boosted its revenue and net income by only 16% and 14%, respectively.

The tech sell-off has so far not affected UMC. Its shares are up by more than 70% over the last year, compared with a rise of just under 25% for TSMC. Additionally, UMC stock offers more value, trading for about 19 times earnings versus a P/E ratio of 31 for TSMC.

Business conditions change rapidly in the chip industry, and UMC may have to boost its capital expenditures eventually to invest in making smaller chips. But for now, UMC continues to drive faster revenue and earnings growth with its unique approach, and this bodes well for its stock price. 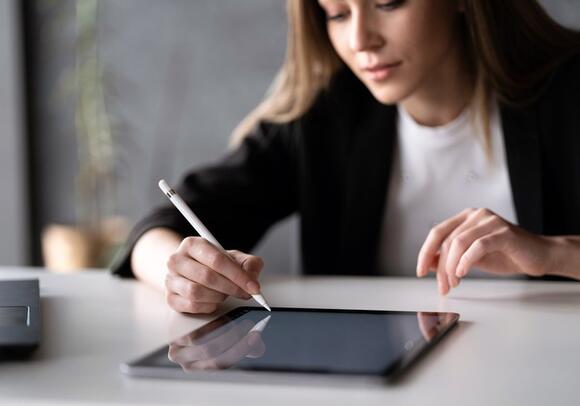 Danny Vena (DocuSign): Last year was a watershed period for DocuSign. Remote work became the rule rather than the exception, causing demand to surge for the digital signature provider's services and sending its stock up by 200%.

However, with the loosening of restrictions this year made possible by the arrival of effective COVID-19 vaccines, DocuSign's stock has essentially been flat, giving in-the-know investors a rare opportunity.

There's little question that the company is the undisputed leader in the e-signature space, with a 70% share of the market.  That's because agreements signed with DocuSign are legally binding in more than 180 countries, can be signed in 44 languages, and sent in 14, making it the worldwide standard in electronic signatures.

This process saves users time and money. Roughly 82% of DocuSign agreements are finalized in one day, nine days quicker, on average, than processes that involve signing paper documents. This works out to savings of roughly $36 per document, on average, compared to their paper equivalent.

The company now has more than 1 million paying customers and over 1 billion users worldwide. Among the Fortune 500, its clients include 13 of the top 15 technology companies, 14 of the top 15 healthcare companies, and all of the top 15 financial companies. That alone represents a compelling argument for investing in DocuSign.

But according to CEO Dan Springer, that's just the beginning of the customer relationship. "Typically, e-signature is the first step that many customers take on their broader digital transformation journey with us," he said on an earnings call last year. "So from a financial point of view, we believe this surge in e-signature adoption bodes well for future Agreement Cloud expansion."

The Agreement Cloud is DocuSign's contract lifecycle management (CLM) platform, which provides a suite of applications and integrations designed to help organizations automate the lifecycle of an agreement process, including initiation, authoring, process and workflow, negotiation, approval, execution, management and compliance, and renewal.

Companies can also use its one-click consent feature to capture consent on their websites, automate government-issued ID authentication, as well as to manage agreements from inception to completion.

DocuSign's financial results paint a compelling picture. For the first half of its fiscal 2022 (which ended July 31), the company generated revenue of $980 million, up 53% year over year, accelerating from 49% growth in the prior-year period. Billings -- a metric that includes contractually obligated sales not yet included in revenue -- jumped 50% to $1.1 billion, providing clear visibility into the company's potential. By the time you read this, DocuSign will have released its third-quarter financial report, but the results of a single quarter won't change the overall investing thesis or the massive opportunity that remains.

While DocuSign isn't yet profitable, it generates plentiful amounts of cash. For the first six months of fiscal its 2022, operating cash flow climbed 77% to $313 million, while free cash flow surged 115% to $285 million -- which should put to rest any concerns about profitability.

With revenue of $1.5 billion in its fiscal 2021, DocuSign has barely scratched the surface of a total addressable market it estimates to be roughly $50 billion.

Finally, during the recent tech sell-off, DocuSign has lost roughly a quarter of its value though there have been no changes to its prospects, making this growth tech stock a compelling opportunity.

2 Dividend Stocks That Could Pay You Forever

This pair of income-paying superstars offers a potent combination of steady growth and long-term value.
STOCKS・23 HOURS AGO
The Motley Fool

It's not too late to get in on these market-beating companies.
STOCKS・21 HOURS AGO
The Motley Fool

Whether you're an experienced investor or brand new to investing, dividend stocks can provide an excellent means of increasing your portfolio returns while generating consistent capital to save or reinvest into your portfolio. In this segment of Backstage Pass recorded on Jan. 5, Motley Fool contributor Rachel Warren discusses the...
STOCKS・23 HOURS AGO

The legal cannabis industry in Canada must continue to consolidate to make it an attractive space for investors.
MARKETS・18 HOURS AGO
MarketWatch

Here’s one reason the stock market is selling off in the final hour of trade: ‘We’ve shifted from buy the dip to sell the rally,’ says analyst

These three stocks, which trade for less than $100 a share, have businesses with stable growth and offer above-average dividends.
STOCKS・1 DAY AGO

These companies focus on their customers' needs, which will likely propel their stocks over the long haul.
STOCKS・22 HOURS AGO
The Motley Fool

Companies once set out to change the world, but these innovators are building an entirely new one.
STOCKS・1 DAY AGO
The Motley Fool

You don't need a mountain of money to build wealth on Wall Street.
STOCKS・2 DAYS AGO
The Motley Fool

Bitcoin's price is down more than 40% from its November high. Is this a buying opportunity? Or could the price fall further?
STOCKS・1 DAY AGO
The Motley Fool

A rival's struggles could signal trouble for the entertainment giant.
STOCKS・1 DAY AGO
The Motley Fool

Ouch! Shares are down about 13% year to date.
STOCKS・1 DAY AGO
The Motley Fool

These charts reveal the importance of looking at the bigger picture when studying the stock market and investing during low points.
STOCKS・2 HOURS AGO
The Motley Fool

Is Biogen a Buy?

The company is still dealing with the fallout of a controversial regulatory approval.
STOCKS・22 HOURS AGO
The Motley Fool

Despite recent challenges, Ethereum and Cardano look poised to outperform over the long term.
BUSINESS・1 HOUR AGO
The Motley Fool

These semiconductor manufacturing equipment suppliers are likely to get a nice shot in the arm.
STOCKS・17 HOURS AGO
The Motley Fool

All three are innovators in their respective markets.
STOCKS・2 HOURS AGO
The Motley Fool

With time as an investors' ally, these game-changing stocks can make people rich.
STOCKS・2 HOURS AGO