Digital Financial Services Will Be Sea Limited's Next Growth Engine

Sea Limited (NYSE: SE) , the leading technology company in Southeast Asia, delivered a strong performance in the third quarter of 2021 thanks to the growth of Garena (gaming) and Shopee (e-commerce). Yet there are signs Garena's growth is slowing thanks to its already massive base of nearly 730 million active users.

In light of this development, investors are looking for Sea's next growth engine. Luckily, they need not look too far since Sea's fintech business is poised to take up the mantle in the coming years. 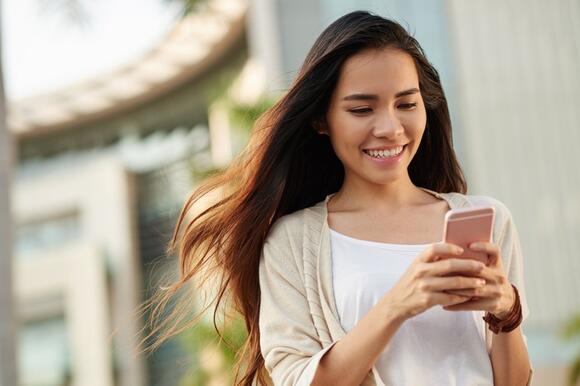 Sea's fintech business operates under SeaMoney, the third business segment after Garena and Shopee. Established in 2014, SeaMoney provides financial services such as mobile wallets, payment processing, and credit products to customers in seven markets across Southeast Asia and Taiwan under various brands, including ShopeePay, AirPay, and SPayLater, among others.

With SeaMoney, the company aims to replicate the success of Ant Group -- Alibaba 's fintech arm -- in its market by leveraging existing Garena and Shopee users. Sea set up AirPay early on to facilitate payment processing for Garena's customers, but it has since expanded into other offerings and introduced new use cases to cater to customers beyond its gaming ecosystem.

While it's too early to declare victory, SeaMoney has delivered some strong performance in the last few quarters. Payment volume has increased at a triple-digit pace in each of the last three quarters, while quarterly paying users (QPU) reached 39.3 million in the latest period, up about 120% year over year.

A sea of opportunity

While SeaMoney is growing nicely, it has merely scratched the surface of its opportunity. E-wallets accounted for just 3% of all payments in Southeast Asia in 2020, according to the e-Conomy SEA 2020 report from Google, Temasek, and Bain & Company. The report also predicted e-wallet's gross transaction value (GTV) will almost double to $1.2 trillion from 2020 to 2025. Even then, e-wallet payments will account for merely 6% of total GTV in the region.

SeaMoney reported total payment volume of $4.6 billion in the latest quarter. Annualized to $18.4 billion, that's good for a market share of about 3%. In the coming years, not only can SeaMoney grow its payment volume by riding the broad growth of the industry, but it can also expand its market share within the space.

Besides, payments are just one part of this huge opportunity. SeaMoney can further provide additional services like credit, investment, insurance, and others. For example, ShopeePay has already introduced SPayLater, a buy now pay later (BNPL) service to qualified ShopeePay customers. SeaMoney also recently acquired a digital banking license in Singapore, which is a first step toward becoming a full-fledged digital financial service provider. Early this year, Sea also acquired a bank in Indonesia to expand its presence in that market.

What to expect in the coming quarters

It's now clear SeaMoney has a lot going for it, but what should investors be tracking near term? Here are a few things that could happen in the next year or two.

As a start, SeaMoney will likely invest heavily to grow its e-wallet users and payment volume. Here, investors can take hints from Shopee. Founded in 2015, the e-commerce segment has grown to become a leading player in most of the markets where it operates. Shopee took Lazada by storm in Southeast Asia and is even challenging Mercadolibre 's dominance in Latin America. And with Shopee CEO Chris Feng taking charge of SeaMoney since early this year, investors should expect to hear more updates from the fintech company in the coming quarters. In fact, SeaMoney can scale even faster than Shopee had, considering that it can easily leverage the existing users of its sister companies.

Moreover, SeaMoney will likely introduce more financial services in the more mature markets. To this end, the fintech might start rolling out new products in Singapore, especially since it has already received the digital banking license. It's also trying to acquire more banking licenses in other regions, which we'll likely hear more about in the coming quarters.

They just revealed what they believe are the ten best stocks for investors to buy right now... and Sea Limited wasn't one of them! That's right -- they think these 10 stocks are even better buys.

Why Silvergate Capital Stock Continued to Gain Ground on Thursday

This analyst says it's time to buy Silvergate stock, albeit with not as much upside as it thought before.
STOCKS・23 HOURS AGO
The Motley Fool

Against the backdrop of a 7.5% slide for the Nasdaq, the Trump-backed stock has surged 58% in 2022.
STOCKS・21 HOURS AGO
The Motley Fool

Top tokens Bitcoin and Etheruem, often seen as safe havens, are seeing massive swing. How do investors handle that?
BUSINESS・20 HOURS AGO
GOBankingRates

10 Growth Stocks To Invest In Now

When it comes to looking at growth stocks to invest in now, there's a wide variety of exciting companies with upside. Check out our list to see our picks.
STOCKS・23 HOURS AGO

Here's why this massive REIT could still have plenty of growth potential.
STOCKS・5 HOURS AGO
The Motley Fool

Intuit CEO on What Small Businesses Need for Growth

From Mailchimp to QuickBooks, Intuit aims for a 100% success rate for its small business customers.
SMALL BUSINESS・5 HOURS AGO
The Motley Fool

Why the Q4 Report for Skillz Will Be Very Important

Does management still believe the business will generate positive adjusted earnings in 2022?
MARKETS・4 HOURS AGO
The Motley Fool

Why Shares of Silvergate Capital Are Rising Today

The bank is rebounding a bit today after its stock got creamed yesterday.
STOCKS・1 DAY AGO

Intuit CEO on the Power of Machine Learning for Small Businesses

Machine learning can offer a range of capabilities and insights instrumental for small business growth.
SMALL BUSINESS・5 HOURS AGO
The Motley Fool

Some big players are stepping into the metaverse, stoking interest among cryptocurrencies tied to the digital future.
MARKETS・3 HOURS AGO
The Motley Fool

Planet Labs has the opportunity to crush that projection over the next decade.
STOCKS・3 HOURS AGO
The Motley Fool

Hint: When Tesla started, no one was trying to do the same thing that it wanted to do.
BUSINESS・5 HOURS AGO
The Motley Fool

History suggests market dips are a great time to buy stocks, but not all individual companies are created equal.
STOCKS・1 DAY AGO
The Motley Fool

Is a six-figure valuation possible for Bitcoin in the near-term?
BUSINESS・2 HOURS AGO
The Motley Fool

Coinbase has been hit hard of late, but could this be the catalyst investors are looking for?
TECHNOLOGY・2 HOURS AGO
The Motley Fool

The CEO of KBW Ventures is betting big on cellular agriculture.
TECHNOLOGY・3 HOURS AGO
The Motley Fool

Semiconductors are the new oil, but which are the top stocks to buy now?
STOCKS・2 HOURS AGO
The Motley Fool

Bitcoin and Ethereum are massive, but these three tokens are catching up.
MARKETS・4 HOURS AGO
The Motley Fool

The NFT market is growing at light-speed, but can it surpass Bitcoin?
STOCKS・1 HOUR AGO
The Motley Fool

PayPal: The Next Big Crypto Move Investors Need to Watch

How's PayPal planning on shaking up the crypto world this time?
MARKETS・20 HOURS AGO