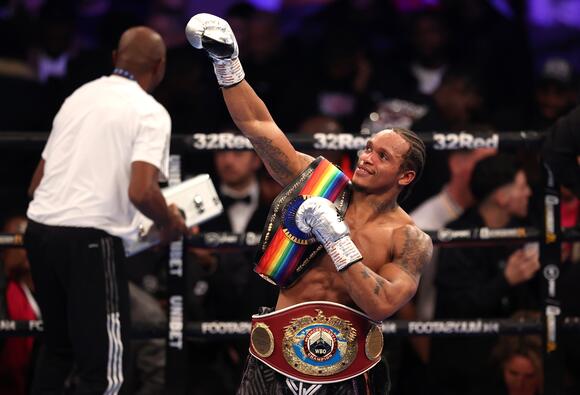 The fight was short, sharp and after 364 days there was sweet revenge for Anthony Yarde in his rematch with Lyndon Arthur .

The long days of pain and regret finished for Yarde when Arthur went down in the fourth, got to a knee and tried to rise. He was a single, heartbreaking second too late. It was a victory planned in despair and carried out with a desperate edge by Yarde on a night of high emotions inside the Copper Box in Stratford. The crowds are back and they got their blood-fight.

Last December, behind closed doors, Arthur was too smart. On Saturday night Yarde was too aggressive; it was in many ways a simple tale of revenge. It was a fight at the very edge of a boxing dead-end for Yarde and during the past 364 days of defeat, he has gazed too often at the boxing darkness, knowing that another loss ends his hope. The Commonwealth light-heavyweight title, a lovely piece of fistic jewellery, was the prize nobody was bothered about.

Poor Lyndon looked at the referee during the count like a man with a world of worries on his shoulders and not one single answer. He looked broken, not hurt. “He’s gutted but he will be back,” promised Pat Barrett, Arthur’s uncle and trainer. Their relationship is deep, complex and shaped by blood. They both looked shocked when the savage four rounds were finished and they stood in the ring like a couple at the wrong wedding.

It is a simple fight story to tell: Yarde came out swinging and Arthur backed up, tried to counter. They talked to each other, they swapped jabs, hooks to the body and right hands. The rounds were fast. Yarde would simply not be denied. Arthur could not get his feet in the right place; he was being bullied and there was nothing he could do. 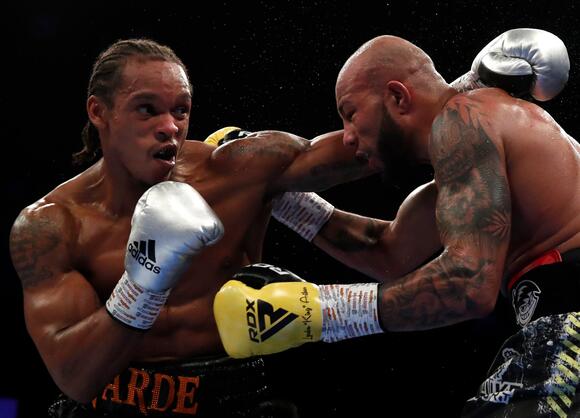 “I had a lot to prove,” said Yarde. “It was personal in there. I had to change the fight and make it my fight.” He did, he also had to overcome a long period of Covid suffering and death in his family. It was an emotional fight, which can be a real danger in a boxing ring; on Saturday night, Yarde’s desire was simply greater than Arthur’s resistance. Arthur was overwhelmed and at this high level, that is rare. It was not a fight of cute angles, plans and abstractions – it was simply about heart and desire and all the best fights in our history are about the same two ingredients. It was gripping to witness until 1.27 of the fourth.

Yarde had finished the first fight with a big 12th round and he started this fight fast, letting his hands go to body and head. Arthur smiled, shook his head when clipped and stayed calm. Arthur tried to slow the second round by getting a bit closer and reducing Yarde’s distance. Yarde shrugged him off and kept hammering away. Arthur was trying – trying to move his feet, trying to counter, trying to find some rhythm. 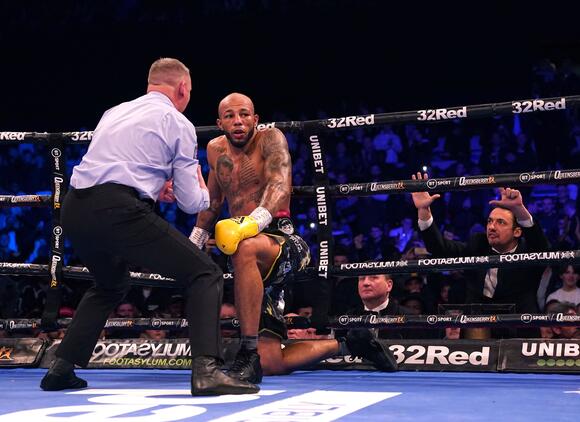 In the fourth, Yarde trapped Arthur on the ropes and let short uppercuts to the head go and then some nasty body shots. Arthur went down in a heap, alert but hurt. The count was efficient, a genuine reflection of the short time Arthur was over – too often, counts miss the second, third or fourth seconds after a boxer touches down. The raised fingers of the referee, Bob Williams, flashed in front of Arthur’s blurred eyes. He looked shaken but not damaged and then the final tenth digit was raised a fraction of a second before Arthur tried to stand. Fight over, revenge mission complete, loss total.

Arthur lost for the first time in 20 fights and Yarde stopped a man for the 21st time in 22 wins. The real prize in the East End ring was moving a very real step closer to a world title fight. Yarde has been there before, losing in Russia to Sergey Kovalev in 2019, but Arthur has been hoping for a world title shot since outpointing Yarde last year. The confusion, the promises and the delays in the damaged boxing system, added something to the fight. Yarde had to win, it really was that savage an equation. Arthur can come again; this was not his dead-end brawl. 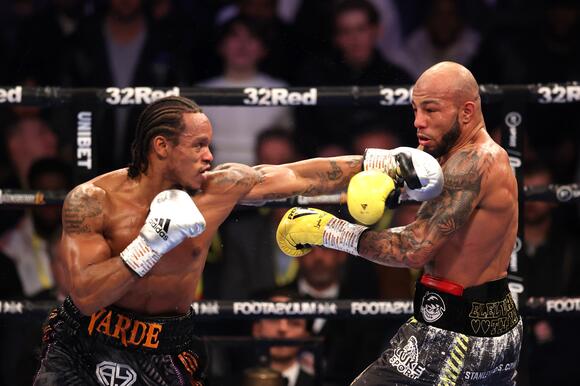 Now Yarde will be a keen witness to the fight on 15 January between WBO light-heavyweight champion, Joe Smith Jr, and Lincoln’s Callum Johnson. The winner on Saturday night got that ringside chair and now the winner of Smith and Johnson gets Yarde. And somewhere in Manchester on that night, Arthur will be getting his body and mind ready for a return, knowing the loss has dropped him down the list but not finished his career.

Boxing is a simple and brutal business of highs and lows and nobody in the old game at the moment knows that better than Anthony Yarde.

Robert Milkins fired his third professional maximum break in the second frame of his German Masters quarter-final against Chris Wakelin in Berlin.Milkins’ feat continued a fine run of form after he scored a rare 146 clearance in the final frame of his fourth round win over Daniel Wells on Thursday.Milkins, the world number 31, is bidding for his second career ranking title win after clinching the Gibraltar Open last year.
3 HOURS AGO
The Independent

Lionel Messi has described his World Cup 2022 win as being the "best moment" of his sporting career. The Argentinian forward shared that he believes God helped guide him to victory during his interview with Diario Ole. "I once said that I was sure that God was going to give me a World Cup. I don't know why I felt it, but I felt it very strongly," he said. The football legend also spoke about how much he wanted to win that fateful match, and the love he felt from his fans. Sign up for our newsletters. Read More Ryan Reynolds gushes about co-owning Wrexham as side play out FA Cup epicNick Kyrgios: Wimbledon finalist pleads guilty to assaulting ex-girlfriendSix Nations: Steve Borthwick drops Manu Tuilagi for Scotland opener
2 HOURS AGO
The Independent

Wrexham to compete in 7-on-7 tournament in North Carolina

Wrexham, the fifth-tier Welsh club owned by actors Ryan Reynolds and Rob McElhenney, will send a team to compete in a $1 million, winner-take-all, seven—on-seven tournament in early June in Cary, North Carolina.The 32-team tournament includes Mexico's Necaxa and teams organized by former U.S captain Clint Dempsey, U.S. women's team midfielder Heather O’Reilly and Hashtag United, a British site founded by YouTube personality Spencer Carmichael-Brown.TBT Enterprises is organizing the tournament, which runs June 1-4. Wrexham said Friday that its team will include club legends, some from the “Welcome to Wrexham” documentary series on FX.Wrexham, bought by Reynolds and McElhenney...
CARY, NC・5 HOURS AGO
The Independent

Enzo Fernandez’s Chelsea debut ended in anti-climax as Fulham earned a worthy 0-0 draw against Graham Potter’s side at Stamford Bridge.The hosts’ £106.5million deadline day signing was kept largely subdued as Potter’s team failed to substantially improve upon their mid-table Premier League position and saw their indifferent form extend to one win in six in the competition.Fulham proved it is not necessary to spend in excess of £500m to sit in the upper reaches of the top flight, with Marco Silva’s well-drilled team making the hosts look toothless at times at the end of a week in which they broke the British transfer record to land World Cup-winner Fernandez.It leaves Chelsea stranded in ninth and already struggling to hold on to the optimism generated by owner Todd Boehly’s whirlwind £315m investment during the January transfer window.Follow all the action as Chelsea host Fulham at Stamford Bridge: Read More Chelsea held by Fulham as record spending fails to ignite attacking sparkHow Enzo Fernandez debut reveals extent of Chelsea’s rebuild
1 HOUR AGO