A popular TV game show from a few years ago asked the question, "Who wants to be a millionaire?" The answer is easy -- nearly everyone.

Achieving the goal isn't so easy for investors, though. To become a millionaire usually takes a long time and a significant amount of money invested. But that's not always the case. You could've made $1 million by investing less than $1,500 in each of these three cryptocurrencies -- and done so within a relatively short period of time. 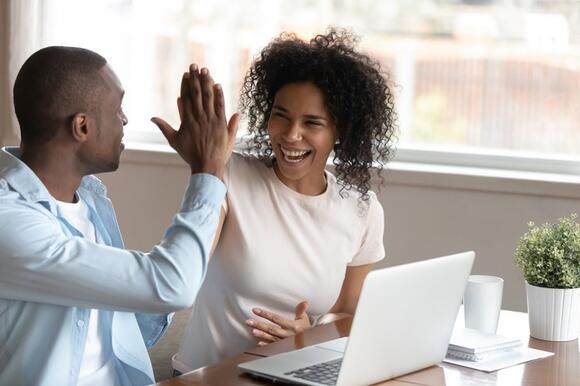 Shiba Inu (CRYPTO: SHIB) stands out as one of the most impressive makers of rags-to-riches stories of all time.  If you invested only $1.56 in the digital token when it launched in August 2020, you'd now have $1 million.

How in the world did Shiba Inu skyrocket so much? For one thing, it started out trading at a minuscule amount. More importantly, though, Shiba Inu piggybacked on the success of another token -- Dogecoin (CRYPTO: DOGE) .

Both Shiba Inu and Dogecoin use the Shiba Inu dog as their mascot. Unlike Dogecoin, though, Shiba Inu is compatible with the Ethereum (CRYPTO: ETH) platform. That means that it can be used with Ethereum wallets and potentially be integrated with decentralized finance (DeFi) apps built on the Ethereum blockchain.

Don't expect a small amount invested in Shiba Inu to make you a millionaire anytime soon these days, though. Some view it as the most dangerous cryptocurrency to own . Whether or not that take is correct or not, it's virtually impossible for Shiba Inu to achieve anywhere close to the gains it's racked up so far going forward.

Ethereum ranks as the second-biggest cryptocurrency in the world with a market cap of close to $537 billion. While the blockchain wasn't officially launched until July 2015, Ethereum's initial coin offering (ICO) occurred in the previous year. Had you bought only around $69.50 of Ether tokens in that ICO and held onto them, you'd now have $1 million.

The one overriding factor behind Ethereum's meteoric rise is its real-world utility. Ethereum's blockchain supports smart contracts that enable the execution of agreements on the internet with no intermediaries.

Another important example of this real-world utility is that the Ethereum blockchain can host other cryptocurrencies. Indeed, nearly half of the top 100 tokens based on market cap are compliant with Ethereum's ERC-20 standard.

Other blockchains hope to dethrone Ethereum by offering faster transaction speeds and lower costs. However, a major upgrade is on the way in 2022 that should make Ethereum more competitive. It's not likely to repeat the impressive performance of the past seven and a half years, but the cryptocurrency could still be a winner over the long term.

Dogecoin (CRYPTO: DOGE) was launched in 2013 as a fun alternative to Bitcoin . Early investors have certainly had a lot of fun. An initial investment of around $1,492 in Dogecoin when it first became available for mining would now be worth $1 million.

Online investing communities soon began jumping aboard the Dogecoin train. It gained popularity in tipping on Redditt and Twitter . However, Dogecoin really hit its stride after Tesla CEO Elon Musk began tweeting about it.

Musk has stated that Dogecoin is his favorite cryptocurrency and is one of only three digital coins that he personally owns. He even has referred to himself the "Dogefather."

The impact of the billionaire's vocal support has its limits, though. Like Shiba Inu and Ethereum, Dogecoin almost certainly won't be able to deliver the level of returns going forward as it has in the past. The cryptocurrency could still potentially make money for investors over the long term, but it's unlikely to make quick millionaires.

Keith Speights has no position in any of the stocks mentioned. The Motley Fool owns shares of and recommends Bitcoin, Ethereum, Tesla, and Twitter. The Motley Fool has a disclosure policy .

A little money can go a long way after stocks and crypto have corrected sharply in recent days.
STOCKS・15 HOURS AGO
The Motley Fool

Looking for the next Ethereum? These crypto assets could make you richer.
COMMODITIES & FUTURE・18 HOURS AGO
The Motley Fool

The e-commerce market darling's stock is now down about 47% from its highs set in November.
STOCKS・17 HOURS AGO
The Motley Fool

2022 could bring out ample opportunities for growth for this small-cap stock.
MARKETS・18 HOURS AGO
The Motley Fool

Is the Worst-Case Scenario for Shiba Inu and Dogecoin Happening Now?

These meme coins are in a major slump. But could it get even worse?
COMMODITIES & FUTURE・21 HOURS AGO
The Motley Fool

It has staying power.
MARKETS・1 DAY AGO
The Motley Fool

Riding the Oracle of Omaha's coattails has long been a moneymaking strategy.
STOCKS・1 DAY AGO

Despite his unusual pay structure, Elon Musk is predicted to make billions in 2022.
ECONOMY・15 HOURS AGO
The Motley Fool

A market crash may bring the prices of these stocks down to more attractive levels.
STOCKS・19 HOURS AGO
The Motley Fool

The timing of a positive Dogecoin tweet from Tesla's CEO could have been the catalyst for the crypto's bounce.
STOCKS・15 HOURS AGO
The Motley Fool

Its shares have skyrocketed in the past few years, so it's not completely out of the realm of possibility.
STOCKS・15 HOURS AGO

Tesla reports earnings after the bell tomorrow -- here's what to expect.
STOCKS・16 HOURS AGO
The Motley Fool

Scared to Pick Your Own Stocks in a Volatile Market? Invest Here Instead

Here's an option that eliminates much of the guesswork -- and stress.
ALEXANDRIA, VA・20 HOURS AGO
The Motley Fool

Why Bitcoin, Ethereum, and Solana All Skyrocketed Higher Today

Finally, some positive momentum in the crypto world.
MARKETS・16 HOURS AGO
Business Insider

The suggestion from the Tesla CEO, posted on Twitter on Tuesday, came after the dogecoin cofounder Billy Markus had a back-and-forth with McDonald's.
BUSINESS・18 HOURS AGO
The Motley Fool

Would You Want to Receive Dividends in Bitcoin?

This could be the beginning of a new trend.
STOCKS・20 HOURS AGO
The Motley Fool

The metaverse is still red hot, despite recent market volatility.
STOCKS・11 HOURS AGO
The Motley Fool

An analyst is lowering their expectations, and there's good reason for this.
STOCKS・11 HOURS AGO