Although the past week has been volatile for equities, it's been yet another banner year for the stock market. The benchmark S&P 500 has gained almost 22% through the end of November, which effectively doubles its average annual total return, including dividends, over the past four decades.

But just because the market is within a stone's throw of an all-time high, it doesn't mean great deals can't still be found before the end of the year. If you have $10,000 ready to invest, which won't be needed to cover bills or emergencies, the following five unstoppable stocks can be bought right now and will help you end the year right. 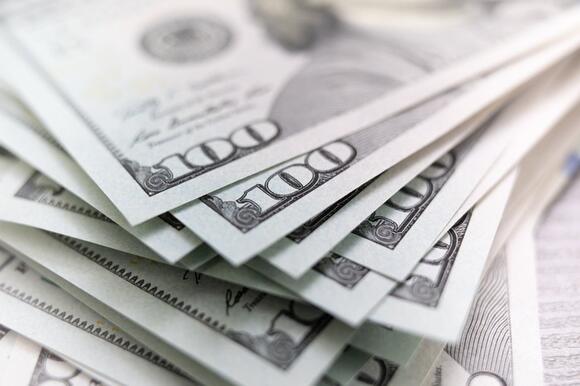 For those unfamiliar, CRM software is used by consumer-facing businesses to improve relationships with existing customers and boost sales. CRM is a sustainable double-digit growth trend that's absolutely dominated by Salesforce.

According to a report from IDC, Salesforce accounted for 19.5% of global CRM spend in 2020 . Comparatively, the No.'s 2 through 5 in CRM spend don't match Salesforce on a combined basis . These figures clearly show that Salesforce is to go-to for cloud-based CRM solutions, and it helps explain why the company's growth rate is consistently double the industry average.

What's more, CEO Marc Benioff has overseen a number of acquisitions that expanded the company's product ecosystem. These purchases include MuleSoft, Tableau, and more recently Slack Technologies. The latter of which will provide a jumping-off point for Salesforce to reach small-and-medium-sized businesses.

Following about a 15% pullback in the shares of Salesforce, the time to pounce is now. 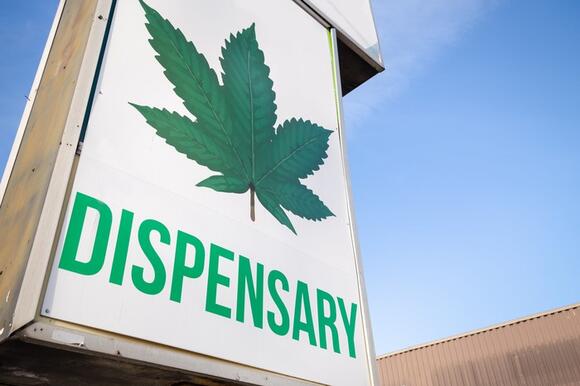 Don't worry about hanging the mistletoe this year. Instead, add a little something green to your portfolio to end the year right, like U.S. marijuana stock Trulieve Cannabis (OTC: TCNNF) .

Trulieve is a vertically integrated multi-state operator (MSO), which is fancy lingo that means it controls the seed to sale process of growing and retailing cannabis products. What's really allowed it to stand out from other MSOs is its focus on one core market: Florida.

Less than two weeks ago, Trulieve opened a dispensary in Bradenton, Florida. This marked its (drum roll) 109th dispensary in the Sunshine State.  To put this into context, about 1 in every 4 medical marijuana dispensaries in Florida is owned by Trulieve Cannabis. The advantage of saturating Florida is that a big marketing push isn't necessary to garner a loyal following. As a result, Trulieve has been wildly profitable on a recurring basis for more than three years.

Although Florida accounts for most of its operating retail locations, Trulieve is also leaning on the largest U.S. marijuana industry acquisition to transform its business . The buyout of Harvest Health & Recreation, which closed in early October, gives Trulieve a dominant presence in adult-use-legal Arizona. With a large presence in two sizable markets and jaw-dropping sales growth, Trulieve is a steal at less than 27 times Wall Street's consensus 2022 earnings. 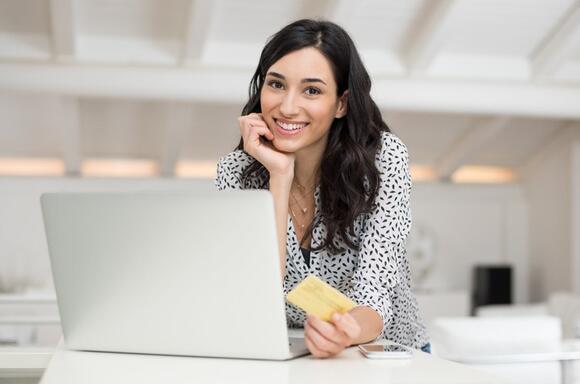 Another unstoppable stock investors can confidently put $10,000 to work in to end the year on a high note is payment-processing giant Mastercard (NYSE: MA) .

Most payment processors have had a rough year, with concerns about cryptocurrencies and fintech solutions stealing part of their pie. However, these worries look overblown, especially for an established company like Mastercard, which controlled 22% of credit card network purchase volume in the U.S. (the largest market for consumption in the world), as of 2018.

The best aspect of Mastercard's operating model is its cyclical ties. Even though recessions are an inevitable part of the economic cycle, they often only last for a couple of quarters. By comparison, periods of economic expansion are measured in years. Patient investors in Mastercard are rewarded because the company spends a disproportionately longer amount of time benefiting from economic growth. And since its fees are tied to the price of goods and services, Mastercard makes for a smart inflation play.

Also, the Mastercard growth story is nowhere near complete . Many regions of the world are underbanked and/or still reliant on cash. Mastercard can maintain a sustainably strong growth rate by pushing into emerging market economies over time. 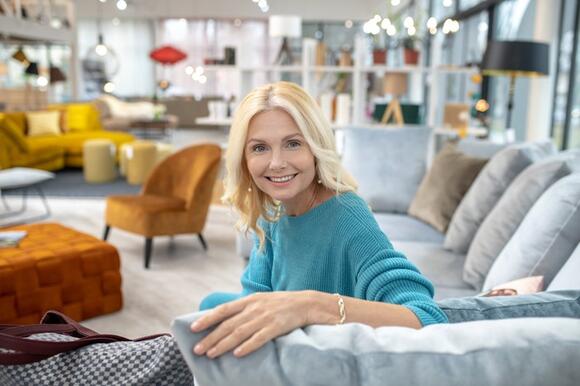 When you think of unstoppable stocks, a small-cap furniture company is potentially the furthest thing from your mind. But for investors wanting a high-growth disruptor at a bargain price, Lovesac (NASDAQ: LOVE) perfectly fits the definition of unstoppable -- and it can certainly help end your year right.

Usually, furniture stores are reliant on foot traffic to brick-and-mortar locations and struggle to stand out since they're buying similar products as every other brick-and-mortar store. Lovesac is disrupting this space by providing functional, eco-friendly furniture and utilizing an omnichannel sales platform to reach consumers.

Initially Lovesac was known for its beanbag-styled "sacs." Nowadays, approximately 85% of its revenue is generated from selling modular sectional furniture called sactionals. Since sactionals can be rearranged in countless different ways, they fit virtually any living space. Buyers have a choice of 200 different machine-washable covers, which means it'll match any theme or color of a home. Best of all, the yarn used in these covers is made entirely from recycled plastic water bottles. Functionality, choice, and environmentally conscious products rolled into one .

Where Lovesac really made its mark was during the pandemic. Nearly half of its sales shifted online. When coupled with pop-up showrooms and showroom partnerships, the company has created an operating model that emphasizes low overhead costs. Not surprisingly, it reached recurring profitability well ahead of Wall Street's timeline. 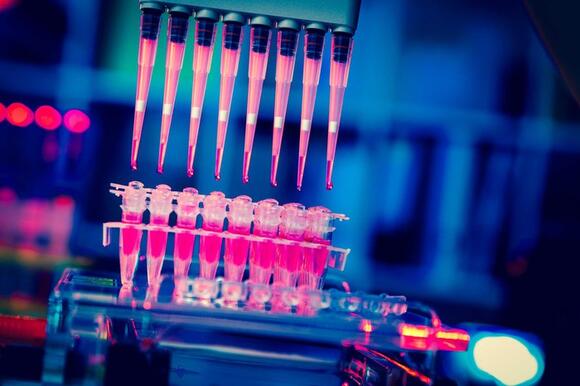 A fifth and final stock to buy with $10,000 to end 2021 right is specialty biotech company Vertex Pharmaceuticals (NASDAQ: VRTX) .

The vast majority of biotech stocks are losing money and in search of their first blockbuster drug. But Vertex isn't like most biotech companies. It's developed a number of billion-dollar drugs and has a knack for targeting hard-to-treat diseases.

Where Vertex has really made its name for itself is cystic fibrosis (CF), a genetic disease characterized by thick mucus production that can obstruct the lungs and pancreas. Vertex has developed four generations of gene-specific CF treatments designed to improve lung function for patients. At the moment, CF has no cure.

Vertex's latest treatment is a combination therapy known as Trikafta. It easily met its primary endpoint in late-stage trials and was approved by the U.S. Food and Drug Administration five months ahead of its scheduled review date. Based on third-quarter sales, it's already pacing more than $6 billion in annual run-rate revenue.

The company is also sitting on a mountain of cash (almost $7 billion) that it's using to fund internal trials and research, as well as a partnership with gene-editing company CRISPR Therapeutics .

Bitcoin's price is down more than 40% from its November high. Is this a buying opportunity? Or could the price fall further?
STOCKS・17 HOURS AGO
The Motley Fool

A major investor in the electric vehicle maker looks to be selling its stake.
STOCKS・21 HOURS AGO
The Motley Fool

You don't need a mountain of money to build wealth on Wall Street.
STOCKS・1 DAY AGO
The Motley Fool

Bitcoin is falling hard, but not every crypto stock is created equal.
STOCKS・18 HOURS AGO

It wasn't all about the streaming company.
STOCKS・19 HOURS AGO
The Motley Fool

A rival's struggles could signal trouble for the entertainment giant.
STOCKS・16 HOURS AGO
The Motley Fool

Ouch! Shares are down about 13% year to date.
STOCKS・20 HOURS AGO

Why Peloton Investors Are Smiling Today

After all the bad news, Peloton reassures investors: Q2 revenue is safe.
STOCKS・23 HOURS AGO
The Motley Fool

Both of these businesses should benefit from industrywide tailwinds in the coming years.
STOCKS・2 HOURS AGO
The Motley Fool

These companies are facing a two-pronged problem so far in 2022.
STOCKS・19 HOURS AGO

After a volatile trading, the Trump-affiliated stocks ended the week on a down note.
STOCKS・15 HOURS AGO
MarketWatch

Some stocks have been hit hard this year from the fear of rising interest rates, but Wall Street expects plenty of growth ahead for certain market sectors.
STOCKS・1 DAY AGO
The Motley Fool

Here's My Top Cryptocurrency to Buy in the New Year

Right now is the perfect time to stock up on this crypto.
MARKETS・3 HOURS AGO
The Motley Fool

The tech stock is still down roughly 78% from its high.
STOCKS・1 DAY AGO

Meta Platforms envisions an entire digital economy within the metaverse, and that spells a big financial opportunity. Roblox has already captured the imagination of young audiences with its digital universe, and it's generating significant revenue growth. Unity Software is used by 94 of the top 100 game developers, and it...
STOCKS・2 HOURS AGO
The Motley Fool

Deutsche Bank just cut its price target. Then again, the bank cut a bunch of price targets.
STOCKS・16 HOURS AGO
The Motley Fool