Is metaverse mania upon us? It might seem so at times.

The idea of a next-generation internet supporting 3D virtual worlds isn't anything new. However, Facebook's decision to change its name to Meta Platforms (NASDAQ: FB) and spend billions in building the metaverse has fueled excitement in recent months.

There are many companies, both big and small, that hope to make fortunes in the metaverse. And this presents opportunities for investors to make a lot of money as well. But which stocks will be the most likely winners? If I could buy only one metaverse stock, this would be it. 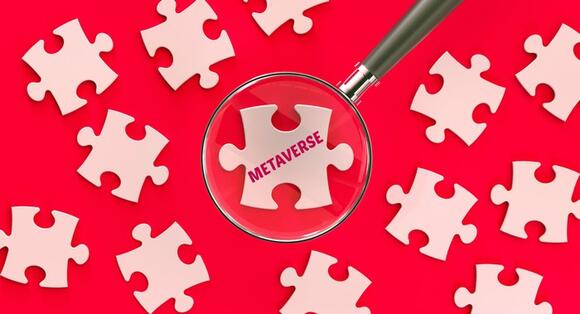 Meta Platforms stands out as the most visible player in building the metaverse. But Meta CEO Mark Zuckerberg knows that other companies will also play an important role. He even singled out one specific company in Facebook's second-quarter conference call -- Nvidia (NASDAQ: NVDA) .

Zuckerberg said in the July call that "companies like Nvidia that are building a lot of the graphics chips that are going to be really important for a lot of the content that I think is going to be increasingly graphically intense." He's exactly right.

Powerful graphics chips will a must-have to support augmented reality and virtual reality apps in the metaverse. Nvidia should be a surefire winner, considering that its graphics processing units (GPUs) are already the gold standard for gaming.

While there could be hundreds (and perhaps even thousands) of companies scrambling to develop software for the metaverse, only a handful of players have the resources and expertise to build the chips that will be needed. Zuckerberg readily acknowledged in the call earlier this year that "building those kinds of graphics chips is not a thing that we're intending to get into."

But Nvidia isn't limited to profiting only from its graphics chips. Actually, the company is already monetizing the metaverse.

Nvidia's Omniverse launched earlier this year. Omniverse is a 3D simulation and collaboration platform. It enables designers to create virtual 3D worlds that obey the laws of physics in the real world. Nvidia revealed in its latest quarterly update that over 700 companies are evaluating Omniverse and more 70,000 individual creators have downloaded the platform over the last 12 months.

BMW is the first automaker to use Omniverse to build a digital twin of a factory. This digital twin enables the company's manufacturing teams to collaborate virtually in designing, planning, engineering, and optimizing systems before a new physical factory is constructed or a new product is introduced. BMW executive Milan Nedeljkovic called Omniverse "a game-changer" that will increase planning efficiency by 30%.

Nvidia hasn't yet stated exactly how much money it's making from Omniverse, although the company's professional visualization business overall generated revenue of $577 million in the third quarter. However, the company certainly seems to anticipate making a lot of money from its Omniverse platform going forward.

Opportunities in the physical world, too

Another reason why I think Nvidia is the best metaverse stock is that it has big opportunities in the physical world, too. For example, the company's GPUs are widely used in powering data center servers that power artificial intelligence (AI) apps. Nvidia posted record data center revenue of $2.94 billion in Q3, up 55% year over year and making up 41% of total revenue.

Its Nvidia Drive self-driving car technology is another growth driver. The company is even connecting its Omniverse platform with Drive by embedding Omniverse Avatar, a 3D interactive AI assistant.

The metaverse, AI, and self-driving cars could all be similar to the gold rushes of the past. During those gold rushes, it was said that the ones making the most money were those who supplied the picks and shovels rather than the miners themselves. I view Nvidia as the premier picks-and-shovels supplier for the technologies that will shape our future.

The tech giant faces a litmus test going into the release of its quarterly report on Thursday.
STOCKS・22 HOURS AGO
The Motley Fool

Tech stocks are tumbling, but investors should keep a long-term perspective.
STOCKS・21 HOURS AGO
Markets Insider

Stock markets tumbled last week on fears about rising interest rates and inflation. The tech-heavy Nasdaq index fell 8% last week and is down 13% this year. The world's five richest tech tycoons have collectively lost about $85 billion in 2022.
STOCKS・1 DAY AGO

The stock seems to be moving down with broader market sentiment.
STOCKS・22 HOURS AGO
The Motley Fool

An analyst slashed his price target for the video streaming stock.
STOCKS・19 HOURS AGO
The Motley Fool

Gravity is a law, not a suggestion, for unprofitable space stocks.
AEROSPACE & DEFENSE・19 HOURS AGO
The Motley Fool

The iBuyer has fallen out of favor with investors, but could it be a long-term opportunity?
STOCKS・22 HOURS AGO

E-commerce stocks are selling off -- and one of these stocks almost looks like a bargain.
STOCKS・20 HOURS AGO
The Motley Fool

It has staying power.
1 DAY AGO
The Motley Fool

Top electric-vehicle charging stocks are getting caught up in market volatility.
ECONOMY・13 HOURS AGO
The Motley Fool

A bidding war for the retailer could be underway.
STOCKS・15 HOURS AGO

Intraday volatility is back in a big way.
STOCKS・15 HOURS AGO
The Motley Fool

An analyst price-target shave didn't do the company any favors.
STOCKS・17 HOURS AGO
The Motley Fool

On a bumpy day for markets, shares of these financial stocks all saw some significant lows before battling back to cut their losses.
STOCKS・16 HOURS AGO
The Motley Fool

Is good news for Intel bad news for Nvidia?
STOCKS・22 HOURS AGO
The Motley Fool

Beware: This SPAC Bubble Stock Could Burst in 2022

This SPAC is approaching meme status, which could end poorly for investors.
STOCKS・3 HOURS AGO
The Motley Fool

All three are innovators in their respective markets.
STOCKS・2 DAYS AGO