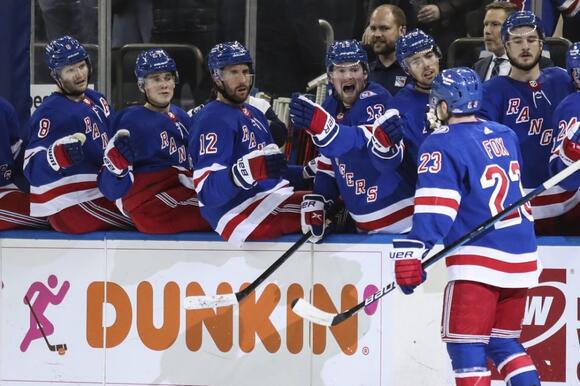 Artemi Panarin and Ryan Strome both collected one goal and two assists to lead the host New York Rangers to a 3-2 victory over the Chicago Blackhawks on Saturday, extending their winning streak to six games.

Adam Fox notched one goal and one assist, while goaltender Alexandar Georgiev made 25 saves for the Rangers, who have won 10 of their last 11 games.

After a lethargic start, Kane opened the scoring with 22.8 seconds remaining in the first period. The pass by Seth Jones during the rush was deflected in the air and Brandon Hagel batted it back toward the front of the net where Kane had a simple tap-in for his seventh goal of the season.

However, the Rangers found their footing in the second period and took control for good.

Strome’s power-play goal, his second in as many nights, evened the game before the five-minute mark of the frame. Strome finished a three-way passing play that also featured Fox and Panarin to net his fifth of the campaign.

Fox scored the go-ahead goal with 2:35 remaining in the period.

Panarin’s shot was blocked by the maze of players in front of the net, but Fox was on the spot to bury the rebound and collect his fifth goal of the season. The shifty defenseman is riding a six-game point-scoring streak in which he’s collected one goal and nine points. He’s netted 25 points (5-20-25) in 23 games. 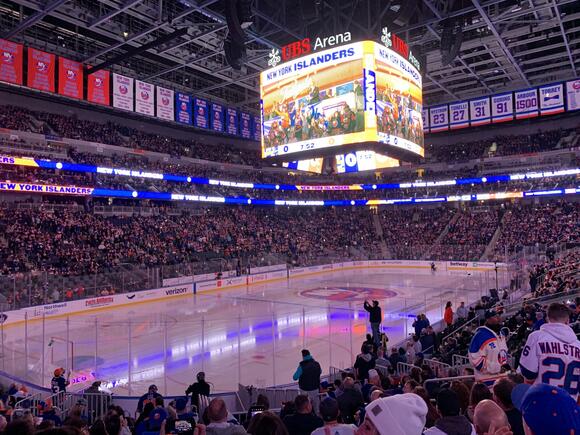 Then Panarin’s seventh goal of the year with 5:14 remaining in regulation, a rebound tally after which he celebrated with a leg kick worthy of the Rockettes, made it a 3-1 game and held up as the game winner.

DeBrincat made it a one-goal game with 79 seconds on the clock, but the visitors couldn’t find the equalizer. Jones collected his second assist.

Prior to the game, the Rangers placed No. 1 goalie Igor Shesterkin on the injured reserve list due to a lower-body injury. Coach Gerard Gallant said he believes Shesterkin will miss one week.

NEW YORK (AP) — Adam Fox scored the deciding goal in the sixth round of a shootout and the New York Rangers beat the Los Angeles Kings 3-2 on Monday night for their ninth win in 12 games. Chris Kreider got his NHL-leading 30th goal, Barclay Goodrow also scored and Artemi Panarin had two assists as New York won its fifth straight at home. Igor Shesterkin stopped 28 shots to pick up his 20th win of the season. Blake Lizotte and Alex Iafallo scored in the second period for Los Angeles. Jonathan Quick stopped 34 shots as the Kings lost for the...
NHL・1 DAY AGO
WFAN Sports Radio

The drama in the shootout at Madison Square Garden was intense. Twice the New York Rangers snatched victory away from the Kings by tying it in rounds three and five. First it was Artemi Panarin in a do-or-die situation to keep the shootout going. Even in realtime it was like watching a slow-motion replay as he methodically opened Jonathan Quick’s legs to keep NY alive.
NHL・1 DAY AGO
Forever Blueshirts - New York Rangers News

The New York Rangers hosted the Los Angeles Kings at Madison Square Garden on Monday night. It was Pride Night, showing their commitment to support the LGBTQ+ community and improve diversity and inclusion across hockey. Fans were enjoying the pre-game festivities, but what was in store for them was so...
NHL・1 DAY AGO

Now that the 2021-22 season is about half of the way through, and Covid is ravaging many clubs, it’s time
NHL・1 DAY AGO
Sportsnaut

The NHL season officially started back on October 12. In this article, we track all the NHL games today as
NFL・8 HOURS AGO
USA TODAY

Vegas Golden Knights winger Reilly Smith is one of the hottest names leading up to the NHL trade deadline. With
HOCKEY・2 DAYS AGO

This morning, Colorado Avalanche head coach Jared Bednar said that he thought the team’s play has dipped a bit lately due to fatigue, which makes sense given the Avalanche are in the middle of an extremely condensed schedule ahead of next week’s All-Star break. In an attempt to remedy the issue, Bednar and his staff gave the team a day…
NHL・1 DAY AGO
Sportsnaut

Kevin Lankinen is back on the shelf seemingly as quickly as he returned. The Chicago Blackhawks placed the backup goalie on injured reserve Sunday with a right hand injury a day after he made 40 saves during a 4-3 overtime road loss to the Minnesota Wild. Lankinen appeared in each of the Hawks’ last two games, his first action since returning from COVID-19 protocols. Before that, his last ...
NHL・2 DAYS AGO
CBS Boston

By Michael Hurley, CBS Boston BOSTON (CBS) — It’s early in the Tuukka Rask 2.0 Era for the Boston Bruins, but the results have been discouraging thus far. Rask fell to 2-2 in his four starts since rejoining the Bruins this month with a 5-3 loss to the Ducks on Monday night. Rask allowed five goals on just 27 shots faced, sinking Boston’s chances in what ended up as just the Bruins’ third loss of the month. Never one to shy away from a bad performance, Rask spoke with the media after the game and matter-of-factly explained his level of play. “Obviously,” Rask said, “I...
NHL・1 DAY AGO

It was the seventh straight victory overall for the Avalanche, who tied the 1976 Boston Bruins for the fifth-longest home winning streak in NHL history.
NHL・1 DAY AGO
Sportsnaut

Mason Marchment scored twice and added an assist, Carter Verhaeghe netted the go-ahead goal in the second period and the
NHL・16 HOURS AGO
Sportsnaut

Sebastian Aho scored with 1:11 left in overtime to give the Carolina Hurricanes a 4-3 victory over the visiting Vegas
NHL・16 HOURS AGO
WFAN Sports Radio

WATCH: Devils former first-round pick Mike McLeod was dropped to the ice by Dallas’ Luke Glendening in a lopsided fight at The Rock on Tuesday night.
NHL・3 HOURS AGO
USA TODAY

Senators left wing Tyler Ennis scored his second career hat trick in Tuesday’s win over Buffalo (his former team), but only one hat was thrown onto the ice with no fans in attendance at the Canadian Tire Centre in Ottawa.
NHL・45 MINUTES AGO
93.7 The Fan

He said it initially it was a head-shot and after having time to watch it, Pens head coach Mike Sullivan questions why the league won’t punish the hit on Teddy Blueger
NHL・1 DAY AGO
beavercountyradio.com

Third-period surge helps Penguins past Coyotes, 6-3 By DAN SCIFO Associated Press. PITTSBURGH (AP) — Sidney Crosby and Kris Letang led a four-goal, third-period barrage to give the Pittsburgh Penguins a 6-3 win over the Arizona Coyotes on Tuesday night. Pittsburgh trailed early in the third before its offensive show, when Letang scored twice and Crosby netted his 11th for the Penguins, who won their sixth straight game. Pittsburgh has 17 wins in its last 19 games. Bryan Rust and Brock McGinn both scored their 10th goals of the season and Brian Boyle added a third-period goal. Tristan Jarry stopped 13 shots. Arizona’s Clayton Keller scored his 16th goal and added an assist, and Nick Schmaltz also scored. Karel Vejmelka made 30 saves for Arizona.
NHL・9 HOURS AGO