Crash? What Crash? This Cryptocurrency Just Replaced Dogecoin and Shiba Inu As a Top 10 Token

This weekend, there was some rather impressive volatility in the crypto markets. A flash crash early Saturday morning led to a number of key large-cap cryptocurrencies losing a tremendous amount of value in short order.

Most large-cap cryptocurrencies followed Bitcoin's lead, after the world's largest cryptocurrency saw a dramatic 18% decline in one hour . This extreme volatility did not spare popular meme tokens Dogecoin (CRYPTO: DOGE) and Shiba Inu (CRYPTO: SHIB) , with these tokens down 10.3% and 8.4%, respectively, over the past 24 hours as of 8pm ET.

However, there were a few bright spots. Among the winners from this chaos is Terra (CRYPTO: LUNA) , a stable coin ecosystem that's growing in popularity right now, for obvious reasons.

Today, Terra has officially moved into 10th spot in the cryptocurrency market cap rankings, pushing both Dogecoin and Shiba Inu out of the top-10 leaderboard. 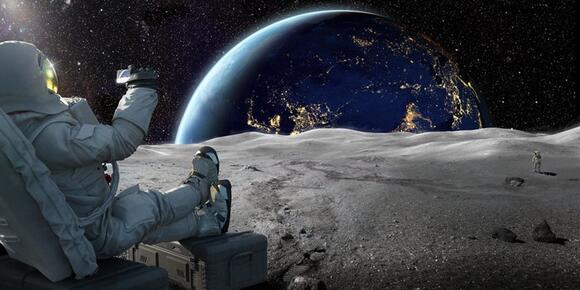 There are a number of reasons why investors choose to invest in cryptocurrencies. Some investors may want to diversify their portfolios into alternative asset classes. Others may like the growth potential of this nascent space.

However, a key focal point of many investors when it comes to cryptocurrencies is the potential hedging effect these tokens are supposed to have in times of crises in other markets.

That said, the rather sharp decline in crypto valuations we saw earlier this morning has created a growing divergence among cryptocurrencies that are viewed as true safe havens, and others that could be suffering from too much leverage, such as meme tokens.

In the case of Terra, a prominent stable coin ecosystem, investors appear to be enamored by the stability of Terra, as well as the growth potential of realistic use cases with this token, and the resulting utility generated by LUNA.

Part of the reason why both Dogecoin and Shiba Inu have been exiled (at least for now) from the top-10 cryptocurrency leaderboards is the relatively weak performance of these meme tokens of late. Both dog-inspired tokens have dropped more than 25% over the past month, and substantially more from their highs.

A flight to safety appears to be taking place in most asset markets. For those looking for a stable, long-term core holding, Terra has become a high-profile token, in short order.

10 stocks we like better than Terra
When our award-winning analyst team has a stock tip, it can pay to listen. After all, the newsletter they have run for over a decade, Motley Fool Stock Advisor , has tripled the market.*

They just revealed what they believe are the ten best stocks for investors to buy right now... and Terra wasn't one of them! That's right -- they think these 10 stocks are even better buys.

Why Bitcoin, Ethereum, and Other Cryptocurrencies Suddenly Crashed Friday Afternoon

Panic selling has taken hold in cryptocurrency this afternoon.
MARKETS・14 HOURS AGO
The Motley Fool

Bitcoin's price is down more than 40% from its November high. Is this a buying opportunity? Or could the price fall further?
STOCKS・16 HOURS AGO
The Motley Fool

A major investor in the electric vehicle maker looks to be selling its stake.
STOCKS・20 HOURS AGO
Benzinga

Why Are Bitcoin, Ethereum, Dogecoin Crashing All Of A Sudden?

The selling happened slowly and then all at once.
STOCKS・19 HOURS AGO
The Motley Fool

Bitcoin produced 73% returns last year, but there are at least three coins that could do better than the "granddaddy of crypto" this year.
CURRENCIES・21 HOURS AGO
Motley Fool

A booming crypto market is a critical prerequisite for Shiba Inu to rise significantly going forward. The token also must have game-changing catalysts, a few of which could be on the horizon. Most importantly, Shiba Inu will need time -- perhaps years -- to potentially reach $0.01. Don't ask if...
MARKETS・1 DAY AGO
The Motley Fool

It's a bloodbath out there. Is it time to stay away -- or is this an incredible buying opportunity?
MARKETS・20 HOURS AGO

Why Cryptocurrencies Like Chainlink, Crypto.com Coin, XRP, and Algorand Are Plummeting Today

After a volatile start to 2022, the crypto market is getting crushed today.
BUSINESS・14 HOURS AGO
The Motley Fool

Bitcoin is falling hard, but not every crypto stock is created equal.
STOCKS・17 HOURS AGO
The Motley Fool

Cryptocurrencies exploded last year, but only a few of them have real staying power.
MARKETS・23 HOURS AGO
Benzinga

This Coin Inspired By Elon Musk's Pet 'Floki' Is Up Over 100% Today, Outperforming Dogecoin And Shiba Inu

Some of the Dogecoin (CRYPTO: DOGE) and Shiba Inu (CRYPTO: SHIB) knockoffs are seeing strong gains as of Thursday night even as Dogecoin and Shiba Inu tumbled, with one coin surging more than 100%. What Happened: Mars Floki Inu is up 116% during the past 24 hours, trading at $0.0000000003279...
PETS・1 DAY AGO
The Motley Fool

These companies are facing a two-pronged problem so far in 2022.
STOCKS・17 HOURS AGO
The Motley Fool

After a volatile trading, the Trump-affiliated stocks ended the week on a down note.
STOCKS・14 HOURS AGO
The Motley Fool

The investor gloom fogging the Cryptosphere showed no sign of lifting at the end of the week.
BUSINESS・14 HOURS AGO
The Motley Fool

Why Solana, Cardano, Polkadot, and Dogecoin All Plunged Today

The market has sold off crypto across the board on Friday.
STOCKS・20 HOURS AGO
The Motley Fool

Shiba Inu Gets Put in the Doghouse by the Market, Nosediving 12% Today

Like a tough owner, the market is putting Shiba Inu in its place today.
STOCKS・20 HOURS AGO
The Motley Fool

There are many top cryptocurrencies out there, but Polygon could really be a winner in 2022.
STOCKS・21 HOURS AGO