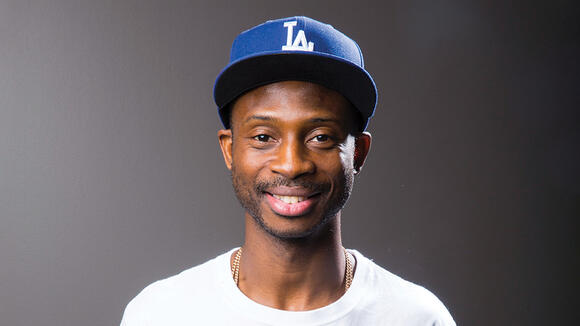 He succeeded — the young rapper has two songs on Variety’s Hitmakers 2021 list, “What You Know Bout Love” and “For the Night” — but tragically Pop Smoke, born Bashar Jackson, was fatally shot in a rented home in the Hollywood Hills in February 2020 at the age of 20, just as he was achieving that superstardom.

Victor, who grew up two blocks from Pop in the Brooklyn neighborhood of Canarsie (although 20 years earlier), signed the deep-voiced rapper to his Universal-distributed Victor Victor Worldwide label. Before long, Pop’s first major song, “Welcome to the Party,” would be making waves across the globe. “The songs he played me when we first met were ‘What You Know Bout Love,’ ‘So Into You’ and ‘For the Night,’” Victor says. “He had all these songs where he was super melodic — he didn’t start doing the drill shit until after I signed him.”

Brooklyn drill — the bass-heavy sound birthed from a fusion of Chicago drill and British rap production — is what Pop Smoke would become best known for. But Victor maximized the rapper’s multifaceted talent while still making sure he had an identifiable sound.

“If you look at any superstar, or any artist who’s had a really long career, they have a signature [sound] that they come in with and grow from there. So when I first met him, I thought our biggest challenge would be finding a sound, but when he made ‘Welcome to the Party,’ I was like, ‘This is interesting.’”

Victor says he wasn’t fully aware that drill was present in New York until Pop brought in “Welcome to the Party,” but he made sure Pop was the face of the scene. Then, he immediately saw the potential of “What You Know Bout Love” — one of nine Pop Smoke singles to be certified platinum or multiplatinum — because of the nostalgia it evokes via its sample of Ginuwine’s 2001 R&B song “Differences.”

“The thing about ‘What You Know Bout Love’ is, that Ginuwine song wasn’t that big of a hit,” Victor says, “although I remember I thought it would be one when it came out. And when Pop remade it, it gave me the same feeling — I remembered how it made me feel about that Ginuwine song.” Conversely, “For the Night,” which features Lil Baby and DaBaby, leans into the drill pockets that Pop was most comfortable in.

Victor started his career with internships at Universal Music Group and worked as a publicist for Interscope before moving over to Kanye West’s G.O.O.D. Music label, where he helped to sign Desiigner and 070 Shake. In addition to running Victor Victor, he’s now a senior VP of A&R at Universal and runs the William Victor Management Group — managing artists Pusha T, The-Dream and others — so it’s safe to say he knows a hit when he hears one. Yet it’s obvious to him that Pop Smoke’s infectious energy, flow and swagger are what made the posthumous 2020 album “Shoot for the Stars, Aim for the Moon” — and particularly “What You Know Bout Love” and “For the Night” — the huge success it’s become.

Says Victor: “Both of these songs are hit records, but him being a superstar was the moment. If it were somebody else, I don’t know if the songs would have been that big.”

Netflix’s epic Kanye West documentary, “Jeen-yuhs: A Kanye Trilogy,” will unfold in three feature-length parts, as the subtitle promises. (The first part premiered Sunday in the Sundance Film Festival, and gets a one-night theatrical release Feb. 10; the whole thing will unspool on successive Wednesdays on Netflix, starting Feb. 16.) But however the filmmakers carve up the 277-minute running time, the way they’ve encapsulated West’s story really boils down to a two-act narrative: rags to riches followed by, of course, riches to rumpuses. Is your preferred archetype of Kanye the hungry, deeply focused, self-made scrapper who showed everybody? Or the...
MOVIES・1 DAY AGO
Variety

R&B singer, songwriter and producer Jazmine Sullivan is releasing a deluxe edition of her Grammy-nominated album “Heaux Tales” on Feb 11. “Heaux Tales, Mo Tales: The Deluxe” will feature a handful new songs along with a multitude of additional “tales,” spoken-word interludes exploring issues of body image, feminism, sexuality, and class, famously executed by Sullivan’s friends including vocalist Ari Lennox who appears on “Ari’s Tale” and “On It” on “Heaux Tales.” Signs that a deluxe edition was coming started in December when Sullivan dropped two fresh song snippets on her Instagram account. For an artist who waited six years between her most...
MUSIC・19 HOURS AGO
Variety

Kristen Stewart revealed to The New Yorker last year that her “Twilight” audition kiss with Robert Pattinson was the pivotal moment when she became convinced the actor had to be cast as Edward Cullen in the vampire romance films. “Twilight” director Catherine Hardwicke guested on “The Big Hit Show” podcast (via Insider) this month and looked back at the audition that launched a zeitgeist-defining film franchise. “Rob and Kristen did the audition right here on the bed. They did the kissing scene and he fell off and landed right there on this floor,” Hardwicke said. “[Rob] walked in and he had...
CELEBRITIES・15 HOURS AGO
The Hollywood Reporter

Sundance: Kanye West Doc Directors on How the Trilogy Came Together

Kanye West’s public demand this week to have final approval over jeen-yuhs, the three-part documentary about his career, is not the first time he’s tried to have a say in the docs’ narrative. Filmmaker Coodie Simmons recalls conversations with the rapper about jeen-yuhs when it was in earlier stages. “When it came down to making it, I had to let him know to make this film authentic, he had to step back,” says Simmons, who co-directed the doc with Chike Ozah, in an interview with The Hollywood Reporter. “I had to take control of this narrative that God created — we didn’t...
MOVIES・1 DAY AGO

Although Kanye West is going through a divorce with his estranged wife, Kim Kardashian, it appears he sent a stern warning to the Kardashians when it comes to his children. In an interview with Jason Lee of Hollywood Unlocked, which premiered on Monday (Jan. 24) on YouTube, the Chicago rapper-producer, now known as Ye, spoke candidly about his impending divorce and how he plans to stay in his children’s lives no matter what.
HIP HOP・14 HOURS AGO
AFP

A new Kanye West documentary featuring candid moments from his early life premiered at the Sundance film festival Sunday, just days after the rapper demanded that Netflix allow him to re-edit the final cut. In an Instagram post Friday, West -- now known as Ye -- wrote that he "must get final edit and approval on this doc before it releases on Netflix," where it launches February 16.
LAS VEGAS, NV・1 DAY AGO
HipHopWired

Julia Fox “Could Care Less” About Opinions About Her Relationship With Kanye West, Twitter Clowns The Pair

Kanye West's rebound, Julia Fox, does not care about your thoughts on her relationship with the embattled Hip-Hop superstar.
CELEBRITIES・17 HOURS AGO
HipHopWired

The documentary by Clarence “Coodie” Simmons and Chike Ozah that focuses on the journey of Kanye West to superstar status has come under a cloud as it is set to premiere on Netflix next month. West made a public demand to have final approval on the film via his Instagram page on Friday.
CELEBRITIES・19 HOURS AGO

Legendary rock singer Meat Loaf had a powerhouse voice and brought one of the best-selling album trilogies to life during his career. The “Bat Out of Hell” singer, who was well-loved by fans, friends and his supportive family, died on January 20, 2022. He is survived by his wife, Deborah Gillespie, and his two daughters, Pearl and Amanda.
CELEBRITIES・3 DAYS AGO
USA TODAY

Superstars! Kim and North adorably lip sync to a song from Disney’s ‘Encanto” only a few days after Kim’s PDA-filled pizza date with Pete. The family that lip syncs together, stays together! Kim Kardashian, 41, and daughter North West, 8, proved once again they are a talent to be reckoned with on TikTok. The amazing mother/daughter combo filmed an adorable video (below) to the social media platform on Thursday (January 13). In it, North, showing off her new braces, begins lip syncing to the song “The Family Madrigal” from the latest animated Disney flick Encanto. Standing behind North, Kim does her best to keep up with the words. Too cute!
TV & VIDEOS・10 DAYS AGO
Radar Online.com

Infanta Cristina de Borbón’s husband Iñaki Urdangarin has spoken out after being photographed holding hands with another woman. According to El Correo, the woman in the photos is Ainhoa Armentia. She and King Felipe of Spain’s brother-in-law reportedly work at the same law firm. As Iñaki...
CELEBRITIES・4 DAYS AGO
The Independent

Many of the final social media posts from Ian Alexander Jr., Regina King's son and a DJ, singer and producer who performed as Desduné before dying by suicide, eagerly look toward the future. But others offered more cryptic messages.
CELEBRITIES・3 DAYS AGO
Footwear News

Julia Fox and Kanye West have continued their matching couples’ style from day into night. After a memorable public outing at Kenzo’s Fall 2022 show, where they twinned in denim outfits, the duo took Paris by storm again—this time, in all leather. Following Rick Owens’ “glamsleazy” Fall 2022 menswear show last week, Fox stepped out for dinner with West in a red leather dress by the American designer. The one-shoulder number featured a gray lining and asymmetric hem, which stretched to her thighs. Fox’s look centered on the dress, framed by a long black leather trench coat and silver pyramid-shaped earrings. Similarly to...
BEAUTY & FASHION・1 DAY AGO
goodhousekeeping.com

HGTV star Erin Napier has two daughters with her husband, Ben. Her oldest, Helen, recently turned four, and Erin took time to celebrate her daughter's birthday with the sweetest Instagram. Erin Napier isn’t one to shy away from wearing her heart on her sleeve. The Home Town host regularly opens...
CELEBRITIES・13 DAYS AGO
Hello Magazine

Christina Aguilera pulls off her most daring look yet

Christina Aguilera just turned heads with a racy look fans were not prepared for. The Santo singer was promoting her new album, La Fuerza, her first Spanish project in 22 years, and this post will be difficult to forget. Taking to Instagram, Christina shared several pictures in which she was...
CELEBRITIES・2 DAYS AGO
Radar Online.com

Wendy Williams Still Recovering In Florida, No Set Plans To Return To Show

Wendy Williams is still down in the Sunshine State trying to get her life back on track and her family claims she is making strides with her recovery. Over the weekend, the 57-year-old talk show host's brother Tommy gave an update on her health. Article continues below advertisement. Wendy's sibling...
FLORIDA STATE・7 HOURS AGO