After winning 27th straight U.S. title, Herbst gets back to work with plans for 28th 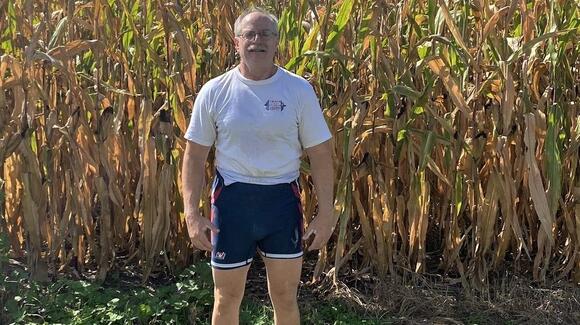 As the holiday season approaches, Robert Herbst is grateful.

He's healthy, he's strong (make that very strong) and his success in a sport pursued competitively by few his age continues.

The 63-year-old Larchmont resident won his 27th straight national weightlifting title and 46th overall this fall and is looking forward to more success in the coming year.

COVID has continued to change the sports landscape and that extends to weightlifting's landscape.

Herbst, a 19-time world champion, had planned to compete at the world championships in November in Ireland but, for a second straight year, they were scrapped due to COVID. In this instance, Herbst explained, quarantine and testing restrictions made things "too onerous."

The American Drug Free Powerlifting Federation (ADFPF) National Championship was also affected with the meet being moved. Originally scheduled for Kentucky, it was relocated to a gym in Evansville, Indiana.

The area was bucolic with cornfields right outside the gym's doors. But the gym itself was "hardcore," according to Herbst, who noted a Navy Seals recruiter had left business cards in the locker room.

Herbst didn't lift against any Seals but, chances are, if he had, he'd have won.

This wasn't Herbst's best showing in terms of the number of pounds lifted. But that was because, between the gym's high temperature and the fact he became dehydrated to make his class's 165-pound max weight, his hamstrings had tightened and he feared injury if he tried lifting what he had in training.

Still, he finished the ADFPF championship with a 253-pound squat and 365-pound deadlift, numbers good enough to defeat the only competitor in his class, a man 20 years his junior.

"It was a little disappointing to not try the heavier weights I had trained for, but it was overall satisfying to prevail in tough conditions," Herbst said.

Now he has plans for 2022 that include a return to nationals and, he hopes the world championship.

And, of course, he's looking to lift more pounds and win more titles.

Days before Thanksgiving, with no competition on his calendar until spring, Herbst was in his backyard working out.

He lugged around 506 pounds.

Clearly, "hardcore" applies to more than just that Indiana gym.

Nancy Haggerty covers cross-country, track & field, field hockey, skiing, ice hockey, girls lacrosse and other sporting events for The Journal News/lohud. Follow her on Twitter at both @HaggertyNancy and at @LoHudHockey.