Robinhood Markets was one of the pioneers of the commission-free investing model that is now so common among online brokers. The company allowed many people to start investing, including some who otherwise never would have dipped their toes into these waters.

At the same time, Robinhood has its share of detractors. Naysayers argue that the company allows investing newbies to engage in otherwise risky or advanced trading strategies, including cryptocurrency trading.

Even so, Robinhood investors can sometimes make excellent picks as evidenced by a list of the 100 most popular stocks on its platform. Below are two such stocks that I believe are worth buying and holding onto for the long term.

This leading healthcare giant is unstoppable

Johnson & Johnson (NYSE: JNJ) is one of the largest healthcare companies in the world by market cap, but this juggernaut is about to get smaller. In November, the company announced its intention to spin off its consumer healthcare segment into a separate entity. The company's consumer health business sells popular, over-the-counter brands such as Neutrogena, Listerine, Aveeno, and more.

Johnson & Johnson will retain its medical devices and pharmaceutical segments. The company cited a desire to better focus its resources on these two operating divisions as one of the reasons for the planned separation, which is projected to be completed by the end of 2022. 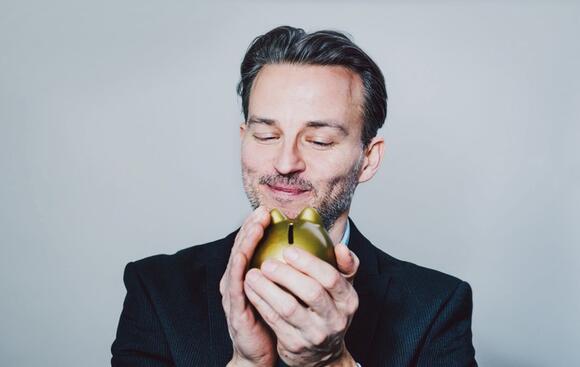 What should investors think of this move? On the one hand, Johnson & Johnson's overall business will become less diversified. On the other hand, the move will help improve top-line growth for the company as its pharmaceutical and medical devices businesses have been performing better.

Let's compare. In the third quarter, revenue from its pharmaceutical segment came in at $13 billion, 13.8% higher than the year-ago period. Meanwhile, its medical devices revenue increased by 8% year over year to $6.6 billion. By contrast, the company's consumer health segment revenue was $3.7 billion, 5.7% higher than the prior-year period.

While spinoffs of this kind are not always successful , Johnson & Johnson will have plenty going its way. The company has several blockbuster products in its lineup. In the first nine months of the year, sales of plaque psoriasis medicine Tremfya jumped 48.5% year over year to $1.4 billion. In addition, revenue from Stelara, an immunosuppressant, rose 24.5% year over year to $6.8 billion, and cancer drug Darzalex saw its sales soar 49.1% to $4.4 billion.

Johnson & Johnson is also benefiting from its COVID-19 vaccine, which brought in $766 million during the first nine months of this year. Booster shots of this vaccine are now authorized for all adults -- and given the current trajectory of the pandemic (including the new omicron variant), it seems likely that this product will continue contributing to Johnson & Johnson's top line.

Finally, the pharma company has many pipeline programs and it routinely adds new products to its lineup. J&J's pharmaceutical segment alone is strong, and its overall business is even stronger thanks to its medical devices unit. The company has been around a long while and will continue rewarding its shareholders despite the planned spinoff of its consumer health business.

Riding the wave of the fintech revolution

Fintech companies are actively seeking innovative ways to provide traditional financial services to consumers. This industry is on an impressive upward path, and one of the best companies to benefit from this opportunity is Square (NYSE: SQ) , soon to be called Block .

Originally known for its sleek pieces of hardware that help transform almost any mobile device into a point-of-sales system, Square now offers individuals various solutions through its peer-to-peer (P2P) payment app, Cash App. Services on the app include commission-free stock and cryptocurrency trading, prepaid debit cards, and direct deposits. Among Square's long-term goals is to make headway within underbanked populations.

So far, the Cash App is making significant progress. In the third quarter, its gross payment volume (GPV) -- that is, the total value of transactions conducted on the platform -- was $3.7 billion, representing a 27% year-over-year increase. The app's GPV has increased at a compound annual rate of 134% in the past couple of years. And it recorded a gross profit of $512 million during the quarter, 33% higher than the year-ago period and representing roughly 45% of the company's total gross profit of $1.1 billion. 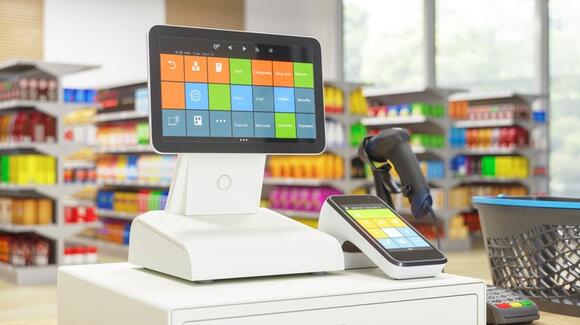 There remain plenty of opportunities ahead for Square. In August, the company announced it would acquire Afterpay , an Australia-based leader in the rising buy-now, pay-later (BNPL) trend. BNPL allows consumers to purchase items on credit, often without having to worry about interest. The acquisition will cost Square $29 billion (paid in stock) and will close in the first quarter of 2022.

Square plans to offer BNPL solutions within its seller and its Cash App ecosystems. The aim is to attract more customers while providing yet another service to its already sizable clientele. The Cash App has some 70 million active customers, and the company sees an addressable market upwards of $160 billion -- much of it still severely underpenetrated.

Square won't capture this entire space by itself; there are tons of competitors. But given the company's already solid position, it's worth betting on Square to perform well in the next decade.

10 stocks we like better than Johnson & Johnson
When our award-winning analyst team has a stock tip, it can pay to listen. After all, the newsletter they have run for over a decade, Motley Fool Stock Advisor , has tripled the market.*

They just revealed what they believe are the ten best stocks for investors to buy right now... and Johnson & Johnson wasn't one of them! That's right -- they think these 10 stocks are even better buys.

Two of the biggest companies in the world may be two of the market's best opportunities.
STOCKS・21 HOURS AGO
The Motley Fool

2022 is off to a rough start, but these businesses are doing far better than their stock prices are indicating.
STOCKS・23 HOURS AGO
The Motley Fool

Both of these businesses should benefit from industrywide tailwinds in the coming years.
STOCKS・1 DAY AGO

4 Index Funds I Predict Will Beat the Market in 2022

The global economy's underpinnings are changing in a big way, which will help some industries while hurting others.
STOCKS・23 HOURS AGO
The Motley Fool

$1,000 can provide a tremendous start of a superb long-term investing journey.
MARKETS・20 HOURS AGO
The Motley Fool

Wall Street analysts are bullish on this trio. Are they right?
STOCKS・23 HOURS AGO
The Motley Fool

Tesla is one of dozens of hot stocks set to announce earnings results over the next few trading days.
STOCKS・23 HOURS AGO

Here's a trio of REITs that can rise with this tide and whatever's next.
ALEXANDRIA, VA・22 HOURS AGO
The Motley Fool

Should You Buy Value Stocks and Sell Growth Stocks in 2022?

All three are innovators in their respective markets.
STOCKS・1 DAY AGO
Motley Fool

Johnson & Johnson has a lineup that can still drive top-line growth. Eli Lilly boasts several pipeline programs that look extremely valuable. Both companies have been around for a long time and are very seasoned. Few companies can remain in business for more than 100 years, and the ability to...
STOCKS・2 DAYS AGO
The Motley Fool

Here's Why Bitcoin Is Not Risky

Understanding the true definition of risk should make us feel much better about this top digital asset.
BUSINESS・1 DAY AGO
The Motley Fool

Why Dogecoin and Shiba Inu Are Bouncing Back Today

The popular meme cryptocurrencies are ending a turbulent week of trading on an upswing.
STOCKS・14 HOURS AGO
The Motley Fool

After rising 46,000,000% last year, what's next for the world's hottest cryptocurrency?
STOCKS・1 DAY AGO
The Motley Fool

Should You Sell DermTech and GoodRx Stocks Right Now?

It may depend on the underlying premise of what the company is all about.
STOCKS・21 HOURS AGO
The Motley Fool

Which of the big tech stocks are worth your investment dollars this year?
STOCKS・23 HOURS AGO
The Motley Fool

Why Patience Is Crucial in Long-Term Investing

Great investors know that time is their friend.
MARKETS・21 HOURS AGO
The Motley Fool

Both of these companies are leaders in their respective industries.
STOCKS・1 DAY AGO