5 Cryptocurrencies That Ran Circles Around Bitcoin in 2021

As things stand now, it'll be another solid year for the stock market. Through the end of November, the broad-based S&P 500 had gained 22% for the year, which doubles up its average annual total return of the previous 40 years.

But it's been an even more impressive year for Bitcoin (CRYPTO: BTC) , the world's largest cryptocurrency . As of early evening Nov. 30, Bitcoin had gained 97% on a year-to-date basis. Though this actually lags its average annual return over the past decade, I highly doubt its long-term investors are putting up much of a fuss. 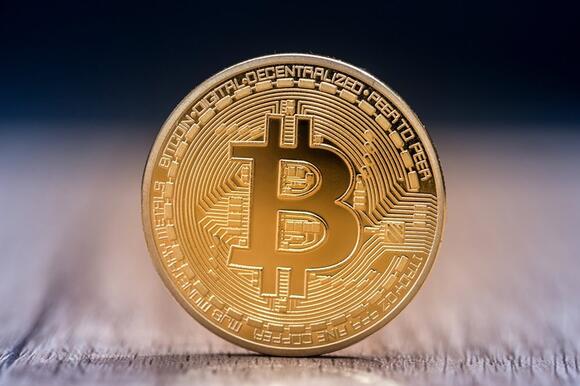 Bitcoin's impressive 2021 has come on the back on the back of a number of catalysts . In no particular order, we've witnessed:

Yet, for as impressive as Bitcoin's gains have been in 2021, the leading digital token's year-to-date performance has seriously lagged a number of other popular coins. The following five cryptocurrencies all absolutely ran circles around Bitcoin through the first 11 months of 2021. 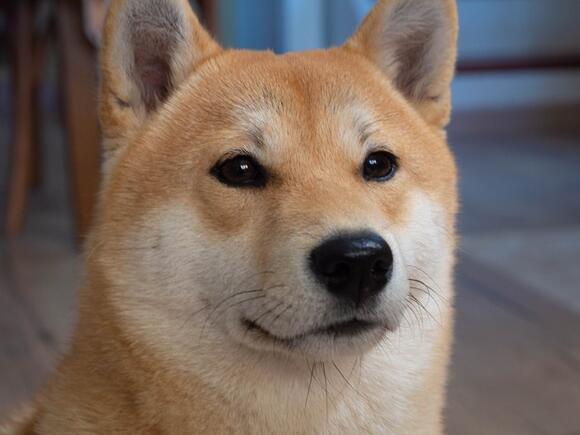 Let's not beat around the bush: Shiba Inu 's (CRYPTO: SHIB) absurd year-to-date gain of more than 65,600,000% may go down as the single biggest life-altering increase we'll ever see in one years' time.

It's had a number of factors play a role in its liftoff to the moon, such as a growing number of crypto exchanges listing SHIB for trading, the launch of decentralized exchange ShibaSwap in July, and landing movie theater chain AMC Entertainment as its first major merchant. But the biggest catalysts of all have undoubtedly been the fear of missing out (FOMO) and the immense social media buzz created by the SHIBArmy.

While there's no denying that pocket change has made early Shiba Inu investors rich in 2021, there's also plenty of reason to believe this bubble will burst in the months and years that lie ahead. Shiba Inu doesn't offer any competitive advantages over other payment coins, and it's not been well-received by businesses, with fewer than 375 merchants accepting it for payment worldwide, per Cryptwerk.

What's more, history has shown that moonshot gains in the crypto space are pretty much always met with reversions of 90% or greater in a short time frame . 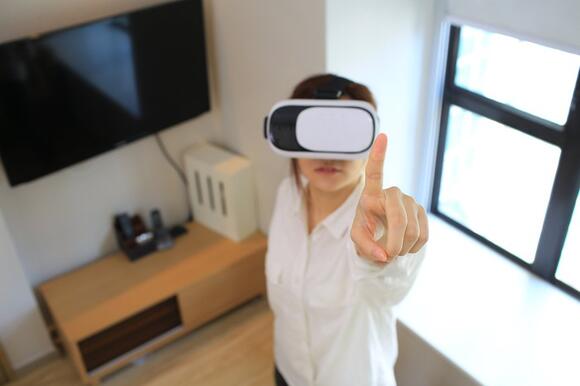 Another digital currency that came out of nowhere to leave Bitcoin in the dust (or perhaps I should say in the sand?) is The Sandbox (CRYPTO: SAND) . SAND tokens have catapulted from under $0.04, as of Jan. 1, to close to $7, as of Nov. 30, resulting in a year-to-date gain of almost 18,600%.

These big gains are the result of some of the buzziest keywords of 2021: "metaverse" and "non-fungible token," or NFT. The metaverse describes an evolution of the internet that allows users to interact in a 3-D environment. Meanwhile, NFTs provide irrefutable proof of ownership for digital assets, which are stored on blockchain.

The Sandbox is a virtual world built on the Ethereum blockchain that allows developers to monetize their creations. The key here is that, unlike traditional game development, developers would retain ownership of their assets as NFTs . These NFTs could be monetized in The Sandbox's marketplace, or potentially incorporated within the created game.

A nearly 18,600% gain shows how much excitement there is surrounding the metaverse and NFTs. However, it's uncertain if SAND, the primary token of the platform, has a viable future at this point. 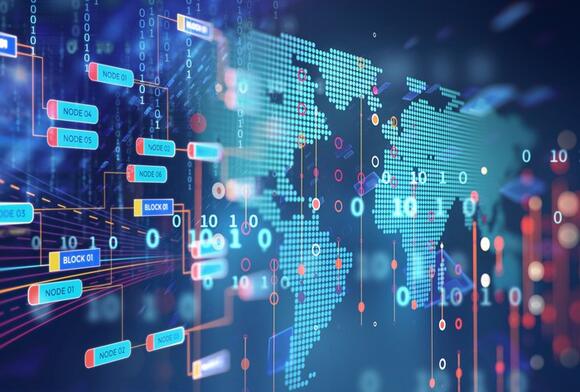 Solana (CRYPTO: SOL) , which has skyrocketed almost 13,000% in 2021 to become the fifth-largest digital currency by market value, has also run circles around Bitcoin.

The tangible excitement surrounding Solana has everything to do with the speed and scalability of its blockchain network. For example, prior to the Taproot upgrade, Bitcoin was only capable of processing about 7 transactions per second (TPS). Comparatively, Solana has the capacity to handle 50,000 TPS . That's higher than leading payment processing companies.

It should be noted that, not only is Solana fast, it's considerably cheaper than Bitcoin. The typical Solana transaction costs about $0.00025. In short, a user wouldn't tally $1 in fees until they hit approximately 4,000 transactions on the Solana blockchain.

But it's the scalability of Solana that's most exciting. Solana's competitive edge is its proof-of-history (PoH) protocol . With PoH, a record is established of the time that's elapsed between events. Since validators don't have to talk to each other to determine this time frame, it dramatically speeds up the network and should allow for rapid scaling. 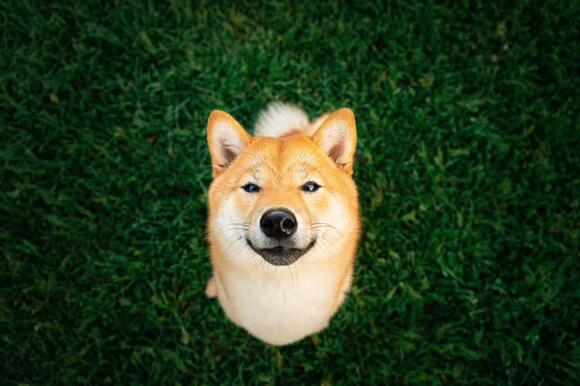 Shiba Inu wasn't the only dog-inspired meme coin that fetched its hodlers a huge return in 2021. Even though Dogecoin (CRYPTO: DOGE) has pulled back considerably from its May high, DOGE tokens are still up by more than 4,300% this year.

Whereas Solana offers clear-cut differentiation and competitive advantages, Dogecoin's move has been inspired mostly by social media hype and intangible factors. For example, Tesla CEO Elon Musk, who does own Dogecoin tokens and refers to himself as the "Dogefather," has been known to post Shiba Inu-themed tweets that whipsaw dog-themed cryptocurrencies. With the exception of Musk tweeting that he'd be working with Dogecoin's developers to improve the network, nothing the world's richest person has tweeted about DOGE should have any bearing on its utility or network efficiency.

Speaking of which, Dogecoin might be even more of a dud than Shiba Inu in the utility department. Although close to 2,000 merchants accept DOGE for payment, according to Cryptwerk, it's taken eight years just to reach this figure. For context, there are more than 32 million businesses in the U.S. and over 500 million entrepreneurs worldwide.

Aside from menial utility, Dogecoin's transaction fees are higher than most other popular digital currencies, and the average number of transactions on its blockchain recently hit a three-year low in September. The hype surrounding DOGE appears to be dying down. 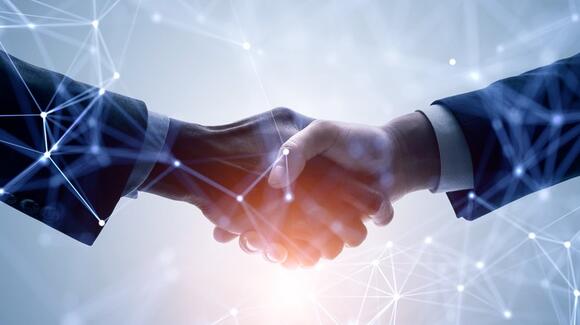 A fifth and final popular cryptocurrency that ran circles around Bitcoin in 2021 is Cardano (CRYPTO: ADA) . Despite a nearly 50% retracement from its early September high, Cardano has gained close to 800% this year and become the sixth-largest crypto by market value ($52.1 billion).

Similar to Solana, speed and transparent innovation are the driving forces behind a substantially higher price for the ADA token on Cardano's blockchain.

Last year, the Shelley upgrade increased the number of nodes network participants could run, which subsequently lifted daily average transactions on the network from around 2,000 to more than 100,000. The buzz in 2021 was the much-anticipated Goguen upgrade. Goguen introduced smart contracts to Cardano's blockchain, which allows for the development of financial and nonfinancial decentralized applications.

The next blockbuster upgrade will be Hydra , albeit there's no set timetable for its implementation. Hydra will continue using the main blockchain for ledger settlements, but intends to process transactions at off-chain staking pools, known as Hydra nodes, to increase speed and rapidly scale the network.

Cardano and Solana appear to have staying power after their monstrous gains this year. Meanwhile, the jury on Shiba Inu, Dogecoin, and The Sandbox is still out.

What's Going On With Dogecoin Today?

No news is not good news for Dogecoin investors.
STOCKS・23 HOURS AGO
The Motley Fool

The competitive advantages and differentiation offered by this crypto trio could send them to the moon.
MARKETS・8 HOURS AGO
The Motley Fool

The top dogs of the crypto world could face surprising threats from very familiar corners.
MARKETS・8 HOURS AGO
The Motley Fool

Why the Prices of Theta Token and TFuel Are Rising Today

Investors seem to be excited about the launch of a new token on the Theta network.
STOCKS・21 HOURS AGO

XRP, the cryptocurrency at the heart of the Ripple payment system, is poised to crush the market in 2022.
MARKETS・5 HOURS AGO
The Motley Fool

Keep your eye on this big catalyst.
MARKETS・21 HOURS AGO
GOBankingRates

Stellar (XLM): What You Need To Know Before Investing

The popularity of Stellar's XLM may make you wonder if it's a good investment in the rapidly changing crypto world. Find out all you need to know here.
MARKETS・14 HOURS AGO
The Motley Fool

These Explosive Cryptocurrencies Could Beat Shiba Inu in 2022

They have plenty of momentum -- and elements that help them stand out from the crowd.
MARKETS・8 HOURS AGO

Could Ethereum Overtake Bitcoin in 2022?

The top programmable blockchain has some serious momentum to continue increasing in value.
BUSINESS・6 HOURS AGO
The Motley Fool

Why Loopring's Cryptocurrency Is Gaining Today

The cryptocurrency is posting some recovery on the heels of big sell-offs.
MARKETS・20 HOURS AGO
The Motley Fool

Can Extreme Leverage Crash the Crypto Market in 2022?

How does leverage play into the volatility discussion in the crypto world?
STOCKS・7 HOURS AGO
The Motley Fool

Why Coinbase's Most Important Number Is 1 Billion

The top crypto brokerage and exchange business has some huge ambitions.
STOCKS・8 HOURS AGO

This basket can outlast a stock market sell-off.
STOCKS・5 HOURS AGO
The Motley Fool

The best performing cryptocurrency of 2021 returned an astronomical 20,000,000% for the year.
STOCKS・1 DAY AGO
TIME

Why Investors Are Paying Real Money For Virtual Land

A blank square of pixels in a virtual metaverse world like The Sandbox can cost as much as a home in the real world. But investors are buying in
MARKETS・10 HOURS AGO
The Motley Fool

Missed Out on Ethereum? 2 Top Cryptocurrencies to Buy Now and Hold

These digital assets could make you richer in the long run.
COMMODITIES & FUTURE・6 HOURS AGO
The Motley Fool

This is a great market for bargain hunters.
STOCKS・4 HOURS AGO
The Motley Fool

Why Bitcoin, Ethereum, Dogecoin, and Crypto.com Coin All Jumped Today

There were two big news items relating to the crypto world -- one regarding Russia, and the other regarding the plans of a key venture capital firm.
MARKETS・52 MINUTES AGO
The Motley Fool

A Robinhood listing would mean more to Shiba Inu.
MARKETS・1 DAY AGO
The Motley Fool