Lyndon Arthur vs Anthony Yarde II: What time is the fight and how can I watch it on TV or live stream? 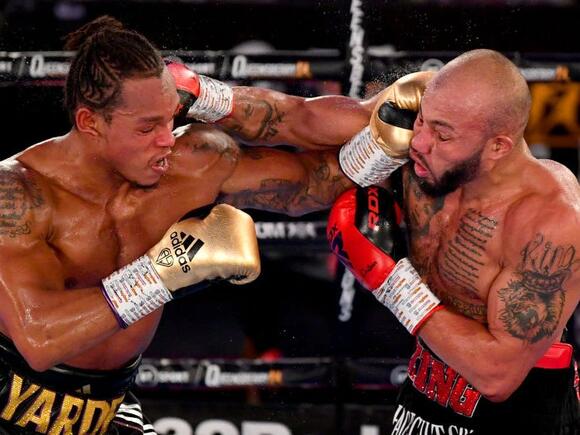 Anthony Yarde will attempt to get his revenge on Lyndon Arthur when he rematches him at the Copper Box Arena on Saturday night.

The all-British dust-up 12 months ago ended up with Arthur winning by split decision as he stunned Yarde to defend his Commonwealth title.

But this time Yarde has vowed to get to Arthur before the end of the fight and not let it go to the scorecards.

Both men have their eyes on winning a world title one day. But for now they have their hands full with one another in a superb British clash.

Here is everything you need to know about the fight.

The fight is on Saturday 4 December at the Copper Box Arena, London.

When are the ring walks and what time will the fight start?

You can expect the ring walks to start from around 10pm onwards, although that could change depending on the undercard results.

What TV channel is it on and how can I watch it?

The fight will be broadcast on BT Sport 1 with coverage starting at 7:30pm. BT customers can also access the fight via the BT Sport website and app.

Anthony Yarde not bothered about being underdog against unbeaten Artur Beterbiev

Anthony Yarde has dismissed being an underdog against Artur Beterbiev and says becoming a unified world champion will be more special given the Russian’s perfect knockout record.Montreal-based Beterbiev, holder of the WBO, WBC and IBF world light-heavyweight titles, boasts one of the best records in boxing with all 18 of his professional wins coming inside the distance.But Yarde has home advantage at Wembley Arena on Saturday and the 31-year-old Londoner – seven years Beterbiev’s junior – carries his own considerable punching power with 22 of his 23 victories being by knockout.“Being underdog, overdog, middledog doesn’t matter to me. I’m a...
7 HOURS AGO
The Independent

Super Bowl 2023 is almost here as the NFL playoffs come to a thrilling conclusion.After a thrilling divisional round in the playoffs, the Kansas City Chiefs, Cincinnati Bengals, Philadelphia Eagles and San Francisco 49ers are the last four teams standing.With two evenly matched championship games, it remains uncertain who will lift the Lombardi trophy, but it promises to be a fascinating match to follow the drama of the Los Angeles Rams edging out the Bengals last year at SoFi Stadium in Inglewood, California.Alongside the big game, there is the halftime show to look forward to as sport and pop...
ARIZONA STATE・6 HOURS AGO
The Independent

Sky Sports have confirmed that they will be axing popular F1 pundit Johnny Herbert, as well as Paul di Resta, from their coverage ahead of the 2023 season.Former driver Herbert has been a staple of Sky’s coverage since it picked up the rights in 2012 but has been chopped as part of a shake-up. A Sky spokesperson said: “Johnny has been an integral part of our Formula 1 team since the very first season on Sky Sports in 2012. We will miss his humour and big personality and thank him for his energy and enthusiasm over the last...
8 HOURS AGO