Lyndon Arthur vs Anthony Yarde II ring walk time: When will fight start and how can I watch it? 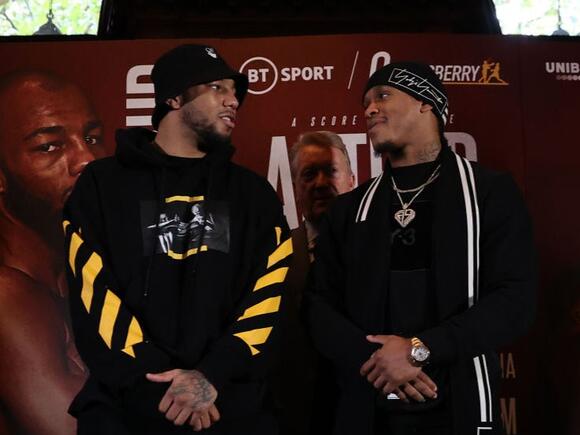 The 30-year-old light-heavyweight was the heavy underdog going into the fight but managed to outbox Yarde with his superb jab.

Now the pair go to war once more as Yarde looks to put the defeat behind him and move on to world honours in 2022.

But, with the winner set to face either Joe Smith Jr or Callum Johnson for the WBO light-heavyweight title next year, Arthur will be more motivated than ever to win this.

Here is everything you need to know about the fight.

The fight is on Saturday 4 December at the Copper Box Arena, London.

When are the ring walks and what time will the fight start?

You can expect the ring walks to start from around 10pm onwards, although that could change depending on the undercard results.

What TV channel is it on and how can I watch it?

The fight will be broadcast on BT Sport 1 with coverage starting at 7:30pm. BT customers can also access the fight via the BT Sport website and app.

Conor McGregor is set to make his long-awaited return to UFC action later this year, it has been announced.The Irish former two-weight world champion, who has not fought since suffering a serious leg injury in July 2021, is set to take on American Michael Chandler.The details are yet to be finalised but it will come after the pair first try to outwit each other as team coaches in Ultimate Fighter.UFC president Dana White said in a video posted on his Twitter account: “Conor McGregor and Michael Chandler will go head to head as the coaches of the Ultimate Fighter – Team McGregor versus Team Chandler.“This season premieres Tuesday, May 30 and runs through Tuesday, August 15.“Then, at the end of the season, McGregor and Chandler will fight. I do not have a date or a location for that, but we will announce it soon.” Read More Charity boss speaks out over ‘traumatic’ encounter with royal aideUkraine war’s heaviest fight rages in east - follow live
7 HOURS AGO
The Independent

Conor McGregor will make his long-awaited UFC comeback against Michael Chandler, it has been confirmed.McGregor has not fought since breaking his leg against Dustin Poirier in July 2021 but it has been revealed that the Irish star will coach against lightweight Chandler in the next season of “The Ultimate Fighter”.McGregor will then face Chandler in the Octagon, although a date and venue for the fight has yet to be announced.UFC president Dana White confirmed the news on Saturday, which will see the 34-year-old McGregor look to come back from defeats in his last two fights.Chandler, 36, was also defeated...
9 HOURS AGO
The Independent

Ali Carter edged his way into a third German Masters final as he defeated Robert Milkins 6-5 in a tense match in Berlin.Trailing 3-1, 2013 champion Carter won four frames in succession to seemingly take control, but Milkins responded with two in a row – playing a brilliant shot to escape a snooker on his way to levelling the match at 5-5 – to send it to a decider.The tension continued in the deciding frame as neither player could get a significant break going.Carter had the edge in a battle of the safeties but there was still one moment of...
3 HOURS AGO
The Independent

Roberto De Zerbi was pleased the Brighton fans embraced Moises Caicedo in spite of the midfielder’s failed attempt to join Arsenal during the January transfer window.Caicedo started on the bench in the 1-0 victory over Bournemouth, his first match since expressing his desire to leave the club in an open letter posted on social media.He had been given time off until the closure of the transfer window and received a warm reception from the home support when he came on for Billy Gilmour in the 57th minute at the Amex Stadium.De Zerbi said: “For Moises I’m really happy to the...
6 HOURS AGO