Shares of DiDi Global (NYSE: DIDI) fell 22% on Friday after the Chinese ride-hailing leader said it was preparing to de-list its shares from the New York Stock Exchange.

DiDi has had a rough go in the public markets. Its shares have shed more than half their value since the company's initial public offering ( IPO ) in June.

Things were rocky from the start. In early July, The Wall Street Journal reported that Chinese regulators had wanted DiDi to postpone its IPO. China's cybersecurity agency reportedly indicated that DiDi should have conducted a more intensive review of its network to ensure proper safeguards were in place to protect Chinese citizens' personal information.

DiDi, however, decided to press forward with its IPO. Regulators responded by barring the company from signing up new users in China. 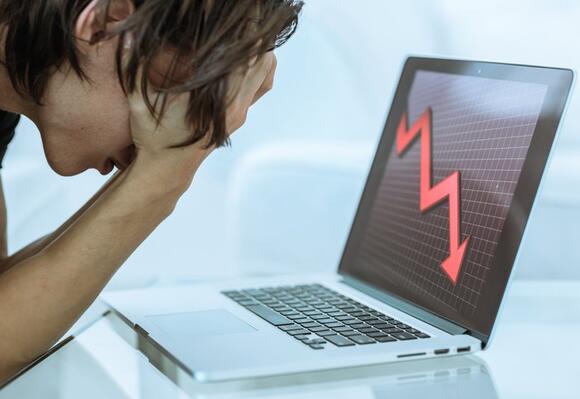 The situation has apparently deteriorated to the point where DiDi is now being pressured to de-list its shares from the U.S. financial markets. The news drove U.S. investors, many of whom were already frustrated by DiDi's seemingly self-induced troubles, to sell their shares today.

DiDi said it would pursue a listing for its shares on the Hong Kong Stock Exchange. It will also ensure that its American depositary shares (ADS) are convertible into new shares that are tradable on "another internationally recognized stock exchange." Investors should expect to receive notification of an upcoming stockholders meeting, during which time they will be able to vote on the selection of the new exchange listing.

10 stocks we like better than DiDi Global Inc.
When our award-winning analyst team has a stock tip, it can pay to listen. After all, the newsletter they have run for over a decade, Motley Fool Stock Advisor , has tripled the market.*

They just revealed what they believe are the ten best stocks for investors to buy right now... and DiDi Global Inc. wasn't one of them! That's right -- they think these 10 stocks are even better buys.

Riding the Oracle of Omaha's coattails has long been a moneymaking strategy.
STOCKS・22 HOURS AGO
The Motley Fool

Few stocks deliver the overall dividend yield, growth, and stability that this stock can.
STOCKS・19 HOURS AGO
The Motley Fool

Pandemics and interest rates are causes of concern -- and now investors have a third reason to worry about cruise markets.
ECONOMY・8 HOURS AGO

Tech stocks are tumbling, but investors should keep a long-term perspective.
STOCKS・15 HOURS AGO
The Motley Fool

A crash that started on Friday has continued on Monday.
STOCKS・15 HOURS AGO
The Motley Fool

If the market crashes, get defensive.
STOCKS・17 HOURS AGO

These companies are reliable, provide vital services to their customers, and trade at a reasonable valuation.
STOCKS・20 HOURS AGO
The Motley Fool

With a low price-to-earnings ratio, Levi's stock may be undervalued.
BUSINESS・18 HOURS AGO
The Motley Fool

The market is on a downhill slide. What does that mean for your portfolio?
ALEXANDRIA, VA・20 HOURS AGO
The Motley Fool

The tech giant faces a litmus test going into the release of its quarterly report on Thursday.
STOCKS・15 HOURS AGO
MarketWatch

Value should be the name of the game in 2022.
STOCKS・18 HOURS AGO
The Motley Fool

These high-growth companies are leading players in their respective industries.
STOCKS・19 HOURS AGO
The Motley Fool

The stock seems to be moving down with broader market sentiment.
STOCKS・15 HOURS AGO