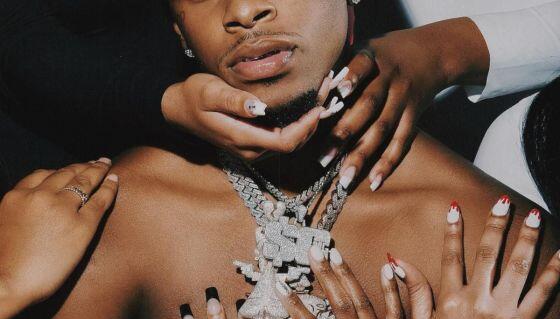 Toosii is getting fans ready for the weekend with a new 3-song capsule appropriately titled Pretty Girls Love Toosii .

The helpless romantic, who just wrapped up his first-ever U.S. tour with sold-out shows in NYC, Chicago, Houston, and more, is due to perform for Rolling Loud Los Angeles next weekend. Ahead of entertaining his West Coast fans he dropped something for all the beautiful women out there.

In a statement the Syracuse-born, Raleigh-based artist had some kind words for the ladies. “I think every woman is pretty,” he said. “Whatever her shape, shade, or size, each has her own unique kind of beauty, rooted in her personality.”

The 3-song capsule starts off with the track “pretty girls” before diving into “never leave her” featuring Jacquees and ending with “shallow,” for which he dropped a new music video today. Check out the 6th Element-directed clip below. In it, Toosii is seen driving through the desert as asteroids fall from the sky. “Emotional and physical worlds continue to collide as we see Toosii in a variety of settings and catch glimpses of his girlfriend, immersed in an emotional struggle of her own,” a press release states.

Tune in and let us know what you think. Toosii, who is loved for songs like “Red Light,” “Love Cycle” featuring Summer Walker , and “f**ck marry kill,” has officially surpassed one billion combined streams globally. Join us in saluting the young King!

ALSO: Then & Now | These Photos Of Trina Over The Years Will Warp You Back To The Early ’00s

The celebrated singer-songwriter is also an outstanding mom; head inside to gush.
MUSIC・15 HOURS AGO
GlobalGrind

Celebrate Jay Versace's birthday with his impressive work on Tyler, The Creator sixth studio album Call Me If You Get Lost. Learn more about how the social media star became a highly sought after music producer inside.
CELEBRITIES・1 DAY AGO
GlobalGrind

BET+ debuts The Real Husbands of Hollywood More Kevin, More Problems trailer today (Jan. 24). The six-part limited series is set to release on the platform next month. Watch the trailer inside.
TV SERIES・1 DAY AGO

Hilary Duff recently made her return to TV on a reboot series. Unfortunately for Disney fans, it was not as her beloved character Lizzie McGuire. Duff revealed the scrapped Lizzie McGuire revival plot in a new interview. Read more on the story inside.
TV & VIDEOS・4 DAYS AGO
GlobalGrind

The Life Of Draco: Soulja Boy Dishes On The Making Of His New REVOLT Docuseries [Exclusive]

Get excited — Soulja Boy has a new docuseries on its way, courtesy of REVOLT.
TV & VIDEOS・5 DAYS AGO
GlobalGrind

The 1989 television series, A Little Bit Strange, featured some of entertainment's greatest talents portraying Black wizards and witches. However, the show's pilot was never picked up. Fans are wondering if this series would fare well today. Watch a preview inside.
TV SERIES・4 DAYS AGO

Unlock ‘Euphoria’ Cast Discoveries Inside: A Few Unknown Facts About the Actors

The second season of Euphoria is heating up already. Since the second season debuted two weeks ago, fans have discovered much more about the cast outside of the show and its layered characters. Take a look at some of our latest discoveries inside.
TV SERIES・7 DAYS AGO
GlobalGrind

7 Random Facts You May Not Know About The Late, Great Mac Miller

Mac Miller would have turned 30 today, and fans are remembering him for his classic sounds, caring personality and loving spirit. Today, we remember the admired rapper with 7 things you may not have known about Mac Miller.
MUSIC・6 DAYS AGO
GlobalGrind

The trailer for Season 4B of grown-ish was released ahead of its premiere this month. It looks like fans can prepare for even more Zoey dating drama and new romances bubbling within the friend group. Watch the official trailer inside.
TV SERIES・6 DAYS AGO

Did You Know: Estelle Contributed To These Songs & Soundtracks [Gallery]

Artist Estelle has contributed to countless projects in music and film. She celebrates her 42nd birthday today and we want to honor her many achievements in entertainment with a gallery of her wonderful contributions. Read more inside.
MUSIC・7 DAYS AGO
GlobalGrind

Kenneth Gamble and Leon A. Huff helped shape the sound of soul in the '70s with their work as a songwriting duo, who also had their own label, Philadelphia International Records. Their relevance continues today, thanks in part to their music constantly being sampled by everyone from Meg Thee Stallion to Drake.
MUSIC・8 DAYS AGO
GlobalGrind

Created by Shonda Rhimes, the show follows the very true story of a wanna be-socialite by the name of Anna Delvey.
TV SERIES・7 DAYS AGO
GlobalGrind

RapCaviar followed up their trending ‘The Mount Rushmore of 2010s Rap’ conversation unveiling bespoke murals across the nation, honoring artists who made the final list. See the photos inside.
NEW YORK CITY, NY・12 DAYS AGO

This is exciting — one of favorite new reality shows, 'Love Is Blind,' will return for a second season next month. Details inside.
TV SERIES・12 DAYS AGO
GlobalGrind

The award-winning actress and director celebrates her 52nd birthday today. King has graced our screens in countless, unforgettable roles. To celebrate the Capricorn boss, watch a video timeline of Regina King's most prolific roles to date inside.
CELEBRITIES・10 DAYS AGO
GlobalGrind

The Weeknd's latest album, Dawn FM, was released last week. While the album received mixed reviews, it is the legendary features and narration that makes this some of Abel's best work yet. Read more inside.
MUSIC・12 DAYS AGO
GlobalGrind

R&B Heavyweights, Eric Bellinger and Sammie, are ringing in the new year with the announcement of their upcoming tour, The Vibes on Vibes Tour. February brings a month of love and March aims to celebrate women all month long. What better way to celebrate love and ladies than with classic R&B? Read more inside.
NEW YORK CITY, NY・14 DAYS AGO