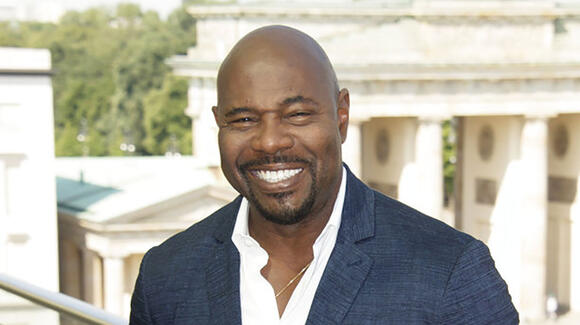 Antoine Fuqua has entered a new creative partnership with Netflix , focusing on feature and documentary films.

The multi-project agreement comes on the heels of the streaming premiere of “The Guilty,” for which star Jake Gyllenhaal is currently making awards rounds. As both a director and producer, Fuqua will execute the agreement under his newly renamed production banner Hill District Media.

“Working with Netflix on ‘The Guilty’ was such a rewarding experience, both from an artistic and collaborative point of view,” Fuqua told Variety . “I’m beyond excited to continue this relationship and expand our slate of films with a partner that shares our vision at Hill District Media.”

Tendo Nagenda, vice president at Netflix Film, added that Fuqua is an “impactful storyteller who believes art can create meaningful change in the world. We had a great collaboration with him on ‘The Guilty’ and look forward to telling many more stories together in the future.”

Fuqua’s credits include action classics like the “Equalizer” franchise, “Shooter,” and “Training Day.” He’s in the midst of a flurry of scripted and non-scripted projects, including “Emancipation,” the record-breaking $130 million Cannes film package that sold to Apple, starring Will Smith; Amazon’s “The Terminal List” with Chris Pratt; and an untitled docuseries about the Los Angeles Lakers.

Fuqua also serves as executive producer on the current Paramount Plus series “Mayor of Kingstown,” and the upcoming Sony Pictures ensemble thriller “Bullet Train” led by Brad Pitt. He is represented by LBI Entertainment.

Avoiding the heady and idyllic world of adolescent coming-of-age tales ever-familiar to viewers, Spanish writer-director Carlota Pereda presents a brazen look into the psyches of youth; their faults, rage, and insecurity. In this award-winning short-turned-feature, Pereda, known for nudging the boundaries of genre, delivers a roundhouse kick, annihilating them. “Piggy” (“Cerdita”) is set in a serene but suspect rural town, Extremadura, where our anti-heroine Sara (Laura Galán) emerges, wrought with anxiety and crippling trauma from the abuse she endures at the hands of her hostile and popular peers. Untamed cruelty ensues and, with each heartbreaking take, the viewer becomes Sara and all...
MOVIES・1 DAY AGO
Variety

Netflix has launched a new pipeline program aimed at launching the “next wave of marquee filmmakers” working in high-concept genres. The Emerging Filmmaker Initiative (EFI) gives three filmmakers the opportunity to develop, fund, produce and distribute their short films on Netflix, with a focus on stories in the sci-fi, action, horror and thriller genres. The initiative is inspired by the trajectory of rising star Stefon Bristol, who first teamed with the streamer on “See You Yesterday.” The high-impact time-travel tale went on to earn an Independent Spirit Award for best first screenplay and Bristol has set his second project with Netflix, “Gordon Hemingway...
TV & VIDEOS・5 DAYS AGO
Variety

National Geographic Documentary Films has acquired “The Territory,” a timely look at indigenous-led land defense in the Amazon rainforest, following its premiere at the virtual Sundance Film Festival. The company plans to release “The Territory” theatrically later this year before the film heads to its streaming platforms. Alex Pritz directed “The Territory” in his feature film debut. Using verité-style footage captured over three years, the documentary tells the fight of the Indigenous Uru-eu-wau-wau people against rapidly approaching deforestation brought on by illegal loggers and nonnative farmers in the Brazilian Amazon. In Variety’s review of “The Territory,” which screened in the world cinema documentary...
MOVIES・1 DAY AGO
Newsweek

Modern Family star Sofia Vergara is unrecognizable in her makeup and costume as infamous Columbian drug lord Griselda Blanco Restrepo – aka "The Godmother." In the first-look photo from the upcoming Netflix limited series Griselda (from Narcos: Mexico showrunner Eric Newman), we see Vergara channeling Griselda's cunning and menace while simply sitting in a diner smoking a cigarette. Without a doubt there's probably more to the scene we're seeing, but in terms of generating awareness and hype, this first look at Griselda certainly does the job; any fan of Vergara will certainly want to know more about this radical change to the Columbian actress's appearance.
TV SERIES・4 DAYS AGO
The Hollywood Reporter

Populating Will Arnett’s latest comedy was a project in and of itself. Arnett and his Sony-based Electric Ave. banner had secured the rights to adapt the BAFTA Award-winning BBC Three series Murder in Successville, and now he needed a cadre of celebrity guest stars who’d be willing to improv their way through his spin on the murder mystery. His pitch to prospective talent was simple, if a tad daunting: “We’re basically making Law & Order without a script,” Arnett recalls saying, explaining how he’d be playing the lead detective and they’d be his homicide trainee, and together they’d interview suspects and...
TV & VIDEOS・11 DAYS AGO
TheWrap

Denzel Washington to Return for ‘The Equalizer 3,’ Antoine Fuqua in Talks to Direct

Denzel Washington in a recent interview revealed he’s gearing up to return for “The Equalizer 3,” a sequel to his action franchise with director Antoine Fuqua, and two individuals with knowledge of the project told TheWrap that Fuqua is also in talks to return as a director on the film.
MOVIES・11 DAYS AGO
TheWrap

Ahead of its world premiere at Sundance, the producer of “Dual,” Lee Kim, has signed a first look film deal with the indie production studio XYZ Films. The deal is with Kim’s Toronto and Los Angeles’ based Resolute Films and Entertainment and will be an agreement to produce several titles together per year, specifically with a focus on diverse, filmmaker-driven projects. They’ll also develop international co-productions in Kim’s native Canada and elsewhere.
MOVIES・4 DAYS AGO

Paris-based Indie Sales has acquired worldwide sales rights to French actress and director Noémie Lvovsky’s 1920s comedy-drama The Great Magic about a couple whose relationship is put to the test when the wife vanishes during a magician’s act, now in post-production. Freely adapted from late Italian playwright...
MOVIES・11 DAYS AGO
NewsTimes

Skydance Media, the maker of “The Tomorrow War” and “Mission: Impossible,” will develop and produce a slate of live action films as part of a new multi-year pact with Apple Original Films. The move between the production company and the tech giant has been rumored for...
MOVIES・3 DAYS AGO
Variety

National Geographic Documentary Films has won out in a fierce bidding war for the rights to “Fire of Love,” a documentary and love story about two French scientists who died tracking the volcanoes that were their greatest passion. It’s the first big pact of this year’s virtual Sundance, a festival that has been rather slow-going in terms of dealmaking. Netflix, Amazon, Sony Pictures Classics, Paramount and several other players were in the hunt for the film at various points. Financial terms of the deal, which was for worldwide rights, were not publicly disclosed but it is in the mid seven-figure range,...
MOVIES・1 DAY AGO
Variety

Newen Studios, the Paris-headquartered production and distribution group, has strengthened its strategic partnership with European producer and financier Anton as it looks to become a major player in the feature film landscape. As part of the new agreement, Anton is giving Newen Studios a global budget of €50 million ($56.6 million) to co-invest in the distribution rights of audiovisual and film projects. Anton first partnered with Newen Studios in 2019 to co-invest in Newen’s distribution rights for the group’s productions, as well as for third-party programs, across all genres, fiction, documentary, animation. ”The extension of the agreement with Anton testifies to...
MOVIES・11 HOURS AGO

EXCLUSIVE: The devil got into Hollywood this weekend as seven bidders waged a head-spinning auction battle for a star-studded exorcism movie package that was won late last night by Netflix. Lee Daniels will direct, reuniting with his Oscar-nominated The United States vs. Billie Holiday star Andra Day, who’ll star with Octavia Spencer, Glenn Close, Rob Morgan, Caleb McLaughlin and Aunjanue Ellis. Day will play the mother of an Indiana family whose children purportedly became demonically possessed in a thriller inspired by an actual case. Sources tell Deadline that the package closed upward of $65 million, covering the film’s budget and buyouts....
MOVIES・2 HOURS AGO
Connecticut Post

Helsinki-based Tekele has unveiled the international trailer of its first premium crime drama “Transport”, which is in the running for this year’s Nordisk Film & TV Fond Prize for best Nordic TV screenplay. The prestigious award will be handed out Feb. 2 during Göteborg’s two-day TV Drama Vision confab.
TV & VIDEOS・5 HOURS AGO
Screendaily

HanWay Films has boarded world sales on Sweet Sue, the feature debut of UK writer-director Leo Leigh, now in post-production. Screen can reveal a first look at the film, above. HanWay will debut it to buyers with first footage at next month’s online European Film Market (February 10-17). The...
MOVIES・4 DAYS AGO
Variety

Netflix has emerged victorious in a bidding war for director Lee Daniels’ next movie. Several Hollywood players, including MGM and Miramax, were vying for rights to the Oscar-nominated director’s upcoming project. Netflix’s $65 million price tag — a hefty sum covering the film’s production budget and buyouts — secured the sale, according to Deadline Hollywood, who broke the news. The movie reunites Daniels and Andra Day, who recently worked together on Hulu’s musical biographical drama “The United States vs. Billie Holiday.” Day will star alongside a buzzy cast that includes Glenn Close, Octavia Spencer, Rob Morgan, “Stranger Things” actor Caleb McLaughlin and...
MOVIES・2 HOURS AGO
IndieWire

The last three installments of the Sundance Film Festival have set new expectations with record-breaking deals for the hottest films. But three days into this year’s festival, there are signs that the streaming-fueled frenzy may be cooling, giving specialty distributors a chance to once again reign supreme on their home turf. Of course, the streaming economy is what allowed National Geographic Documentary Films to announce the festival’s first major deal Sunday with its acquisition of “Fire of Love.” The first undisputed standout of Sundance so far, Sara Dosa’s doc wowed critics and buyers with its blend of spectacular footage shot by...
MOVIES・3 HOURS AGO
Deadline

EXCLUSIVE: Chris Evans (Avengers franchise, Defending Jacob) is set to star opposite Dwayne Johnson in an upcoming holiday event film from Amazon Studios. The film, which is currently titled Red One, aims to shoot this year. It is a globe-trotting, four-quadrant action-adventure comedy imagining a whole new universe to explore within the holiday genre. Plot specifics are under wraps. The project stems from an original story by Seven Bucks Productions’ President of Production Hiram Garcia that Amazon Studios landed after a competitive bidding war last year. Jake Kasdan (Jumanji franchise) is directing from a screenplay by Seven Bucks Productions’ frequent collaborator Chris...
MOVIES・2 HOURS AGO
Variety

Guillermo del Toro fans had to wait four years in between his best picture winner “The Shape of Water” and his newest release “Nightmare Alley.” The wait for his next project won’t be as long. Netflix has announced the director’s stop-motion, musical adaptation of “Pinocchio” is set for release in December 2022. Del Toro co-directs this long-in-the-works passion project with Mark Gustafson. To mark the date announcement, Netflix unveiled a brief teaser with the first footage of Ewan McGregor voicing Cricket. Starring opposite McGregor in “Pinocchio” is David Bradley as Geppetto, Gregory Mann as Pinocchio, Finn Wolfhard, Cate Blanchett, John Turturro,...
MOVIES・5 HOURS AGO
TheWrap

Skydance Media is partnering with Apple on a multiyear, first-look film deal to develop, produce and distribute an annual slate of live-action films globally. The deal is specifically for live-action features, and Apple and Skydance already have several films in the works — including “Ghosted” with Chris Evans and Ana de Armas, which begins principal photography next month, and “The Greatest Beer Run Ever” from “Green Book” director Peter Farrelly and starring Zac Efron and Russell Crowe (which recently wrapped production).
MOVIES・3 DAYS AGO