Why Alibaba and Other Chinese Stocks Sank Today

Chinese stocks sold off significantly on Friday morning. As of 11:50 a.m. ET: 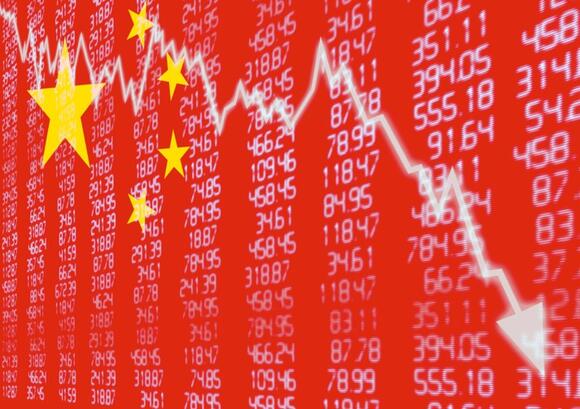 So what's going on in China today? Actually, this is more a story of what is happening to Chinese companies that are listed on U.S. stock markets.

Simply put: They may not remain listed here much longer.

Ever since the Trump administration, U.S. regulators have been weighing the possibility of using the threat of delisting Chinese stocks from U.S. markets as a way to require greater transparency from Chinese companies about their finances, and to discourage such behaviors as censorship, internet piracy, intellectual property theft, and human rights violations both by those companies and the Chinese government. This threat was repeated early in the Biden administration , and now it seems the risk of delisting is greater than ever.

As Securities and Exchange Commission Chair Gary Gensler explained in a statement Thursday regarding amended rules for companies under the Holding Foreign Companies Accountable Act: "We have a basic bargain in our securities regime ... If you want to issue public securities in the U.S., the firms that audit your books have to be subject to inspection by the PCAOB [Public Company Accounting Oversight Board]."

As the regulator's press release explains, under these rules, any foreign company trading on a U.S. stock exchange will be required "to submit documentation to the SEC establishing that, if true, it is not owned or controlled by a governmental entity in the public accounting firm's foreign jurisdiction," along with "certain additional disclosures." Companies that fail to provide acceptable documentation face the risk that the SEC will sanction them by prohibiting their securities from being traded on U.S. markets.

Granted, as a CNBC journalist noted in a televised segment on the new regulations Friday, the Chinese government has explicitly been forbidding its companies from complying with U.S. disclosure rules. But regardless of where one places the blame, the potential consequences for those companies failing to provide the information the SEC demands will be the same: delisting.

So what happens now? Despite the drastic reaction on Wall Street Friday, delisting won't be immediate. The SEC's announcement was more in the nature of a shot across the bow -- the U.S. government warning China that it's really serious about this. Still, the new rules do move the SEC and China a step closer to a confrontation, and raise the risk that Chinese companies -- even great hulking big ones like Alibaba -- will be booted from U.S. exchanges if they fail to comply.

Investors Friday are selling before that can happen.

It's not too late to get in on these market-beating companies.
STOCKS・23 HOURS AGO
The Motley Fool

The legal cannabis industry in Canada must continue to consolidate to make it an attractive space for investors.
MARKETS・20 HOURS AGO
The Motley Fool

Ouch! Shares are down about 13% year to date.
STOCKS・1 DAY AGO
MarketWatch

‘Godfather’ of technical analysis says the stock market could fall 20% or more, but don’t panic: ‘This market really, really did unbelievable’ for 18 months

Prominent market technician Ralph Acampora says the recent bout of market volatility has him uneasy and now he's forecasting a deeper drop in the market.
STOCKS・1 DAY AGO

Wall Street analysts are bullish on this trio. Are they right?
STOCKS・3 HOURS AGO
The Motley Fool

Bitcoin's price is down more than 40% from its November high. Is this a buying opportunity? Or could the price fall further?
STOCKS・1 DAY AGO
The Motley Fool

With time as an investors' ally, these game-changing stocks can make people rich.
STOCKS・5 HOURS AGO
The Motley Fool

You don't need a mountain of money to build wealth on Wall Street.
STOCKS・2 DAYS AGO

2 Dividend Stocks That Could Pay You Forever

This pair of income-paying superstars offers a potent combination of steady growth and long-term value.
STOCKS・1 DAY AGO
The Motley Fool

Look out below! Investors can't seem to see the bottom for these top cryptocurrencies right now.
STOCKS・19 HOURS AGO
The Motley Fool

Do you hold any of these high-impact cryptos?
MARKETS・1 DAY AGO
The Motley Fool

A rival's struggles could signal trouble for the entertainment giant.
STOCKS・1 DAY AGO

All three are innovators in their respective markets.
STOCKS・4 HOURS AGO
The Motley Fool

Tesla is one of dozens of hot stocks set to announce earnings results over the next few trading days.
STOCKS・3 HOURS AGO
The Motley Fool

Yesterday's selling action has actually intensified into the weekend.
STOCKS・23 HOURS AGO
The Motley Fool

Is staking worth it for the average investor?
STOCKS・4 HOURS AGO
The Motley Fool

These charts reveal the importance of looking at the bigger picture when studying the stock market and investing during low points.
STOCKS・4 HOURS AGO
The Motley Fool

Is now the time to own crypto mining stocks, or sit on the sidelines?
COMMODITIES & FUTURE・3 HOURS AGO
The Motley Fool

Meme stocks took another hit as investors tried to close out a rough week.
STOCKS・1 DAY AGO
The Motley Fool

2021 was a great year for commodities, but was this a one-year bump, or rather the start of a 10-year cycle?
STOCKS・4 HOURS AGO