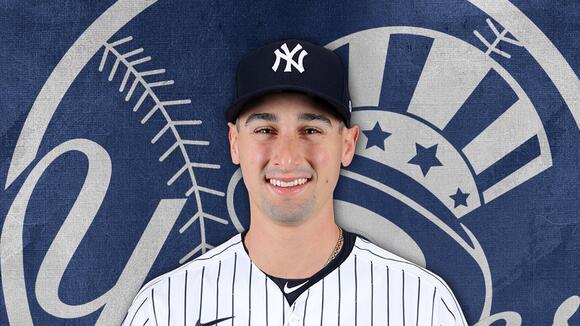 Locastro was non-tendered by the Boston Red Sox, meaning he was not offered a contract for the 2022 season. Boston acquired him from the New York Yankees, for whom he hit .190 in nine games this past season. Locastro has hit .231 in five seasons with three teams. He set a Major League record by stealing 29 consecutive bases to start his career before being caught.

No one can offer him a contract anytime soon. Major League owners locked out the players this week when the collective bargaining agreement expired. That means teams can have no formal contact with players, including free agents.

Get the latest headlines delivered to your inbox each morning? Sign up for our Morning Edition to start your day. FL1 on the Go! Download the free FingerLakes1.com App for Android (All Android Devices) or iOS (iPhone, iPad).

Boston Red Sox fans across New England will finally find out on Tuesday if the man who had the most clutch hits in franchise history, is elected to the Hall of Fame. Major League Baseball (MLB) will announce the 2022 Hall of Fame inductee class at 4:00 p.m. on January 25.
MLB・14 HOURS AGO
MLB Trade Rumors

Signing Mike Napoli was a winning move for the Red Sox

On this date in 2003, the Red Sox made one of the best free-agent signings of all time. The story of David Ortiz’s Red Sox career is well-known and often recounted. So let’s fast-forward to this date eight years ago when the Red Sox added another pretty good first baseman/designated hitter: Mike Napoli put pen to paper and officially signed a one-year deal worth $5 million guaranteed. The deal was notable because the two sides had previously agreed to a three-year, $39 million contract that fell apart because of concern over the health of Napoli’s hip.
MLB・2 DAYS AGO
FanSided

Red Sox History: Memories of players and Fenway Park prior to1967

I look at Fenway Park’s memories of both the ballyard and some players, but the first disclosure is that I am not originally a Boston Red Sox fan but a Boston Braves fan. My first baseball game was at Braves Field in 1952 with sparse attendance and a tired and worn ballpark. But boyhood hero Eddie Mathews hit a home run.
MLB・2 DAYS AGO
FanSided

The Boston Red Sox, just like every other team in the MLB currently, are stuck waiting out the MLB lockout. But that doesn’t mean the team is just sitting at home, kicking their feet up and watching the NFL Playoffs. Nope, and quite frankly, it would be an embarrassment...
NFL・1 DAY AGO

USA TODAY Sports broke down the 12 most intriguing cases on the ballot, with all you need to know heading into Tuesday’s momentous announcement.
MLB・2 DAYS AGO
Boston Herald

Red Sox Critical Dozen: Jackie Bradley Jr. has been in slumps before, but Sox never give up

In preparation for the 2022 season, ‘Red Sox Critical Dozen’ will take an in-depth look at the 12 most impactful players on the ‘22 Red Sox until pitchers and catchers report (date TBD based on MLB lockout). The series starts with No. 12, Jackie Bradley Jr. Age...
MLB・1 DAY AGO
USA TODAY

A polarizing figure throughout his career, A-Rod ranks fourth on the all-time home run list, but was suspended for violating MLB's drug policy.
MLB・2 DAYS AGO
baseballprospectus.com

This system doesn't have much depth, but at least three potential plus regulars on the top end buoy the farm as a whole. Full access to this article is for Premium Baseball Prospectus subscribers. Sign up today to get access to insightful analysis for the discerning baseball fan.
MLB・21 HOURS AGO

Thanks to the hot stove freeze, there’s time to sit back and explore some of the bigger question marks surrounding the Dodgers for 2022. With Walker Buehler and Julio Urias atop the rotation, Dave Roberts and the Dodgers will have some decisions to make on who will fill out the remaining spots ...
MLB・2 DAYS AGO
USA TODAY

Roger Clemens, the seven-time Cy Young winner, is in his final year of eligibility on the Hall of Fame ballot.
MLB・17 HOURS AGO
Inside The Dodgers

Justin Turner began the 2021 season batting .305 with 29 homers, 50 RBI, and a 1.088 OPS over 84 games. Then he was selected to play in the All-Star Game for the second time, and it appeared as if the Dodgers made a brilliant move in signing him to a 2-year deal with a team option in the previous ...
MLB・2 DAYS AGO

A new change will be implemented in the upcoming minor league season.
MLB・2 DAYS AGO
USA TODAY

Three weeks from when pitchers and catchers usually report and no one knows when spring training will start or if it will be a truncated schedule.
MLB・1 DAY AGO
Inside The Blue Jays

After a disappointing 2021 campaign, what are the Phillies' options with Didi Gregorius?
MLB・2 DAYS AGO

Jean Segura doesn't put up flashy numbers or make dazzling defensive plays, but all together he is one of the most well-rounded players in the National League.
MLB・1 DAY AGO
FingerLakes1.com

During an in-person negotiating session that lasted more than two hours, the MLBPA officially rejected the league’s first proposal and made a counteroffer, according to ESPN’s Jeff Passan. The sides, in what can only be viewed as progress given the lack of contact earlier this offseason, will meet...
MLB・7 HOURS AGO
Inside The Phillies

Five years after signing on as Phillies general manager, Matt Klentak has accepted a job as special assistant for the Milwaukee Brewers.
MLB・16 HOURS AGO
Inside The Royals

The Kansas City Royals drafted pitcher Ben Hernandez fresh out of high school in 2020, but he could display quite a bit of maturity and growth just two years later.
MLB・2 DAYS AGO