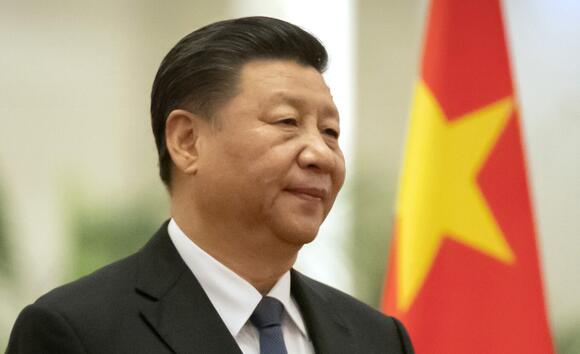 S ince Deng Xiaoping changed the trajectory of Chinese economic policy in 1978, the People’s Republic of China (PRC) has amassed an impressive record of economic growth. Starting as a poverty-stricken agricultural society under rigid socialist rule, the country has grown steadily and rapidly to become the second largest economy in the world and carved out a growth path whose strength and longevity is historically unprecedented.

As the 21st century has unfolded, the PRC has become a near peer competitor to the United States and other developed countries in terms of economic and political power. It is deploying this power in multiple ways that explicitly challenge US leadership in both the economic and global political spheres. If the PRC manages to maintain recent growth rates of around 6 percent per year, it will soon overtake the United States as the world’s largest economy and enhance its ability to challenge the global US leadership position, which has been a pillar of stability since World War II. The US and its allies had hoped that the PRC would become a responsible stakeholder in a liberal international order, but these hopes have been undermined in recent years by China’s increasingly apparent mercantilist economic policies, its aggressive expansion of political power, the resurgent dominance of state-owned enterprises, and the ever-more evident suppression of political liberties and traditional cultures in its sphere of influence.

Many economists and political analysts, however, have come to question whether the top-down, mercantilist economic system in the PRC is sustainable in the medium to long term. A number of trends suggest weaknesses in the traditional economic and political structures that have propelled growth in China: growing private and public sector debt, adversely shifting demography, the return to prioritizing state-run enterprises over private firms, the continued reliance on an export-oriented economic system, growing weaknesses in the financial system, dependence on external commodity and technology suppliers, persistent economic and geographic inequality, and continued reliance on external financing. Recent economic data show that bankruptcies are growing, returns on investment are shrinking, and capital controls are contributing to unrealistic valuations of internal capital stock and housing stock.

Additionally, regulations are stifling innovative sectors of the economy, and opaque and unregulated consumer financing products are undermining central bank monetary policy and contributing to over-leveraged balance sheets among consumers and small businesses. Consumer purchasing power that is consistently too weak to absorb domestic production, along with incentives to increase that production, has resulted in sustained trade surpluses that create a closed loop of increased investment in manufacturing and the need for growing markets. More recently, US-led efforts to deny China access to certain high-technology products and materials have underscored Chinese vulnerabilities in key sectors like telecommunications and semiconductors.

This dynamic results in trade tensions with developing countries and in economically questionable investment in the developing world. These tensions, along with the undermining of developing world markets through subsidized PRC production, are increasingly causing costly disruptions in trade flows and placing pressure on the state banking system, which is the source of most external financing.

If the mounting problems with the current Chinese economic model result in material slowing of growth or even sustained recession in the PRC, this would have substantial impact on the United States and its allies in two important ways. First, given that the PRC is the second largest (or in some measures the largest) economy in the world and has been an engine of growth for economies in Europe and the rest of Asia, slower growth or recession in China would likely lead to a global slowdown or recession. Second, because growth has immense political salience in the PRC—it justifies the authoritarian system of governance—a significant slowdown or recession could lead to political instability. Given Chinese nationalist rhetoric and revanchist ambitions toward Taiwan, political instability could in turn motivate risky military activities that escalate into confrontations with democratic, market-oriented countries. From the perspective of the United States, a slowdown could exacerbate the already serious trade and economic tensions, especially if nationalist forces in China sought to cast the US as the scapegoat for its internal problems.

In sum, a better understanding of the weaknesses within the PRC growth model and its potential frailties would allow policymakers to craft targeted tools when needed to support US policy objectives, either economic or political, and to deter PRC aggression or the undermining of US economic interests. Policy tools such as trade tariffs, export controls, and limitations on direct investments and access to US financial markets could have material impact on Chinese performance. A more robust understanding of the impact of these tools would help the United States and its allies craft overall strategies to meet the Chinese economic and political challenge.

Even while operating in a time frame longer than twelve months, many financial analysts have begun to describe the unfolding economic challenges in the PRC. The general public, including political opinion leaders and government analysts, have not generally understood the extent of the danger of economic crisis in China. Instead, the common assumption is that growth in the PRC, albeit a continuing economic threat to the US economy, is not in danger of faltering.

This white paper takes a different view, exploring the structural weaknesses characterizing the current Chinese economic model and the recent policy changes initiated by President Xi Jinping. Its working assumption is that the combination of these two factors will result in a material weakening of the dynamic growth China has enjoyed since Deng Xiaoping set his country on a more Western-style growth path in the late 1970s. At a minimum, various factors will slow growth to levels more characteristic of modern developed economies; and at the extreme these factors may possibly lead to negative growth and weakening of the political strength that underpins the dictatorship of the Chinese Communist Party (CCP).

Chinese authorities have forced thousands of fugitives to return home, according to a report.
CHINA・1 HOUR AGO
WashingtonExaminer

UK plans to scrap all COVID-19 laws and moves to accept the virus like the flu: Report

British Prime Minister Boris Johnson is reportedly planning to do away with all COVID-19 laws in the United Kingdom as case numbers drop and the country learns to treat the virus like a seasonal flu. The government is considering ending all legally enforced policies in England and is instead moving...
PUBLIC HEALTH・23 HOURS AGO
WashingtonExaminer

The world, said China's leader, was now entering a new "period of turbulence and transformation."
POLITICS・1 DAY AGO

China's claim of a Beijing man getting infected with Omicron through Canadian mail is 'extraordinary,' Canada's health minister says

The Beijing Center for Disease Control and Prevention on Monday said a Beijing resident had been infected with Omicron after handling a 22-page document sent from Canada.
PUBLIC HEALTH・1 DAY AGO
tucsonpost.com

Xi voices confidence in the future of China's economy

BEIJING, Jan. 17 (Xinhua) -- "We have every confidence in the future of China's economy," Chinese President Xi Jinping said on Monday. Xi made the remarks in a special address at the 2022 World Economic Forum virtual session. The Chinese economy enjoys a good momentum overall, Xi said, citing that...
BUSINESS・2 DAYS AGO
wibqam.com

BEIJING (Reuters) – Chinese President Xi Jinping said on Monday that countries should strengthen economic policy coordination and prevent the world economy from dipping again. The world should foster new opportunities amidst the crises caused by COVID-19, he told the World Economic Forum’s virtual Davos Agenda conference, which is...
CHINA・2 DAYS AGO
WGN News

GENEVA (AP) — Chinese President Xi Jinping called Monday for greater world cooperation against COVID-19 and pledged to send an additional 1 billion doses of vaccine to other countries, while urging other powers to discard a “Cold-War mentality” at a time of rising geopolitical tensions — a not-so-veiled swipe at the United States. The Chinese leader […]
POLITICS・2 DAYS AGO

A state TV series documenting high-profile officials caught in President Xi Jinping's purge of the Communist Party's upper echelons has captivated millions in China and renewed focus on widespread abuses of power. The former head of Interpol, an ex-spy chief and a Xinjiang governor accused of "trading power for sex" are just some of the cadres to suffer spectacular falls from grace. Ostensibly a crackdown on corruption, critics say the wide-ranging campaign has also served to remove those voicing criticism of the all-powerful leader. Here are some of the political heavyweights caught in Xi's anti-graft net.
CHINA・1 DAY AGO
Newsweek

Chinese officials urged residents not to order packages from abroad and to open mail outdoors after traces of COVID-19 were found on international packages.
PUBLIC HEALTH・1 DAY AGO
Newsweek

Thanks to China, Supply Chains Will Never Recover | Opinion

In a dig at U.S., Chinese leader urges rejection of 'Cold War mentality'

Xi Jinping says China will send 1 billion doses of vaccine to other countries, urging nations to reject 'Cold War mentality' — a subtle swipe at the U.S.
U.S. POLITICS・1 DAY AGO

A former senior Chinese security minister has confessed to accepting more than 90m yuan (£10m) in bribes and to using “seafood” as code for exchanging money.In a five-episode documentary aired on Saturday by state broadcaster China Central Television, Sun Lijun, the vice-minister of public security until 2020, said he used to receive cash four to five times a year, disguised in a little “small seafood boxes”.Mr Sun said he used to receive money and bank deposit cards from Wang Li-ke, a former deputy head of the eastern-central coastal province Jiangsu. Mr Wang was later appointed police chief in the province,...
CHINA・2 DAYS AGO
Newsweek

Rubio is Right: We Must Stop U.S. Billionaires from Empowering China | Opinion

Sen. Rubio is right—the U.S. government cannot allow these companies to continue putting China's interests above our own.
U.S. POLITICS・5 HOURS AGO
Fortune

Never miss a story: Follow your favorite topics and authors to get a personalized email with the journalism that matters most to you. Former Chinese leader Deng Xiaoping, whose "opening and reform" drive lifted China out of grinding poverty, was fond of defending his policies with an aphorism: if you open the window to let in fresh air, he observed, don't be surprised if a few "flies come in" too. Deng was a pragmatist. To him, what China needed above all was growth, even it if came with buzzing annoyances.
CHINA・2 DAYS AGO
AFP

Beijing has forced nearly 10,000 Chinese overseas nationals to return since 2014 using coercive means outside the justice system, according to a new report. Safeguard Defenders cited government data in its estimate that almost 10,000 Chinese nationals had been forcibly returned since 2014.
CHINA・13 HOURS AGO
CNBC

Billionaire investor Chamath Palihapitiya said during a recent podcast episode that "nobody cares" about the ongoing human rights abuses against the Uyghurs in China. The abuse of Uyghurs and members of other Muslim minorities in the region has been described as "widespread, state-sponsored forced labor" and "mass detention." Palihapitiya went...
ECONOMY・1 DAY AGO
Business Insider

China's population may be about to shrink because the birth rate has fallen so far, data says

China's deaths in 2021 nearly eclipsed new births, indicating that the country may soon see its population start to fall, according to state data.
CHINA・1 DAY AGO
BBC

Chinese president Xi Jinping has made a rare defence on the world stage of his "common prosperity" policy, which has seen major crackdowns on businesses. His comments came during the World Economic Forum's (WEF) annual meeting of government and corporate leaders. China says the policy is aimed at narrowing the...
CHINA・1 DAY AGO
albuquerqueexpress.com