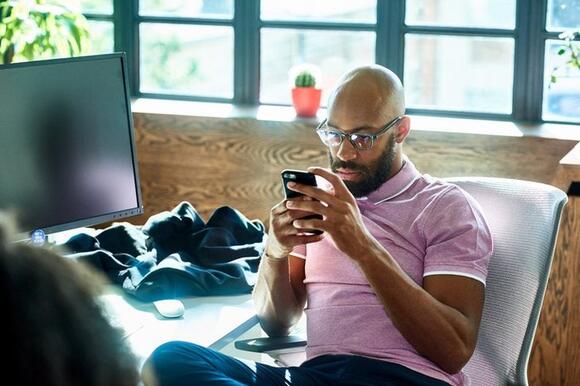 Only days after resigning as CEO of Twitter , Jack Dorsey reinforced his position as CEO of payment platform Square with Wednesday's announcement that Square will change its corporate name to "Block." Additionally, its cryptocurrency division -- Square Crypto -- will be renamed "Spiral" -- both changes are scheduled to occur next week on Dec. 10.

Why the name change?

"We built the Square brand for our Seller business, which is where it belongs," stated Dorsey in the company press release. "Block is a new name, but our purpose of economic empowerment remains the same. No matter how we grow or change, we will continue to build tools to help increase access to the economy."

Much like other tech name changes before it -- Google to Alphabet; Facebook to Meta -- Block will be an umbrella brand that covers a diverse group of acquired assets that includes TIDAL, TBD54566975 (the non-name for its planned decentralized exchange for Bitcoin ), Cash App, and Square.

The Block statement went on to note that the new name "has many associated meanings for the company -- building blocks, neighborhood blocks and their local businesses, communities coming together at block parties full of music, a blockchain, a section of code, and obstacles to overcome."

Dorsey is all in on Bitcoin

This is another proof point that Dorsey is going all in on crypto and Bitcoin . If that wasn't clear, just look at the one-word description on his Twitter profile: #Bitcoin.

For years, he has been an ardent and vocal supporter of Bitcoin, making public statements that he believes it can establish economic equality around the world, be a catalyst for world peace, and be the single global currency. Dorsey has also said that if he wasn't CEO of both Twitter and Square/Block, that he would be working on Bitcoin. It seems, he's also putting that rhetoric into action, as he recently laid the groundwork and issued a white paper for Square to launch its own decentralized exchange for Bitcoin trading and enabled Bitcoin payments via Square/Block's Cash App since 2018.

Analysts and experts are expecting Square/Block to ramp up its investments in its financial tech innovations, which will most certainly include novel Bitcoin offerings -- you can bet your bottom Bitcoin on that.

Buy and sell cryptocurrencies on an expert-picked exchange

There are hundreds of platforms around the world that are waiting to give you access to thousands of cryptocurrencies. And to find the one that's right for you, you'll need to decide what features matter most to you.

To help yo u get start ed , our independent experts have sifted through the options to bring you some of our best cryptocurrency exchanges for 2021 . Check out the list he re and get started on your crypto journey, today.

We're firm believers in the Golden Rule, which is why editorial opinions are ours alone and have not been previously reviewed, approved, or endorsed by included advertisers. The Ascent does not cover all offers on the market. Editorial content from The Ascent is separate from The Motley Fool editorial content and is created by a different analyst team.Suzanne Frey, an executive at Alphabet, is a member of The Motley Fool’s board of directors. Randi Zuckerberg, a former director of market development and spokeswoman for Facebook and sister to Meta Platforms CEO Mark Zuckerberg, is a member of The Motley Fool's board of directors. The Motley Fool owns shares of and recommends Alphabet (A shares), Alphabet (C shares), Bitcoin, and Meta Platforms, Inc. The Motley Fool has a disclosure policy .

Though there are a lot of ways to gain exposure to Bitcoin, these stocks may be the worst.
STOCKS・20 HOURS AGO
The Motley Fool

Investors should get familiar with this fast-growing blockchain.
MARKETS・14 HOURS AGO
The Motley Fool

Could This Be the Next Big Thing for Meta Platforms?

Instagram has announced subscription services to some of its users.
INTERNET・16 HOURS AGO
The Motley Fool

The New York Times Co. + The Athletic. Will It Work?

The New York Times plans to buy The Athletic for $550 million.
ECONOMY・3 HOURS AGO

Tumbling tech stocks and cryptocurrencies have seen the fortunes of some of the world’s richest people take a hit over the past week.Bloomberg reports that Tesla and SpaceX founder Elon Musk lost $25.1bn (£18.5bn), Amazon’s Jeff Bezos saw a $20bn (£14bn) drop in his fortune, Changpeng Zhao of Binance lost $17.7bn (£12.5bn), and Facebook’s Mark Zuckerberg is $10.4bn (£7.6bn) worse off.It was the worst week for the stock market since the crash at the onset of the pandemic.Big-name companies suffered, with Peloton falling below its IPO price and Netflix suffering its steepest drop in a decade. Stocks in chipmakers...
STOCKS・1 DAY AGO
The Motley Fool

Everyone's excited about the new year, and we can't help but be a little contrarian as we look backward.
MARKETS・3 HOURS AGO
The Motley Fool

Crypto-related stocks seem to be getting hit along with the broader market.
STOCKS・12 HOURS AGO
POLITICO

Facebook executive Sheryl Sandberg was a signer to the pact, which she described as “a big deal strategically,” an updated lawsuit against Google says.
INTERNET・7 HOURS AGO

Where Will Matterport Be in 3 Years?

The key could be whether the metaverse catches on, and just how big it gets.
TECHNOLOGY・17 HOURS AGO
The Motley Fool

Amazon stock has been practically flat for the past year. The company's growth in the cloud market may be overlooked as it helps fuel future ambitions.
BUSINESS・1 DAY AGO
The Motley Fool

What is "Web 3.0," and how can investors play this growth area?
MARKETS・1 DAY AGO
Telegraph

As Jack Dorsey read out his opening statement to a hostile panel of US politicians examining Twitter’s role in spreading misinformation, eagle-eyed viewers noticed a strange object over the executive’s right shoulder. Strategically placed within the frame of the video call delivered straight from Dorsey’s kitchen was a...
MARKETS・1 DAY AGO

This cryptocurrency looks like the best one for beginners.
MARKETS・1 DAY AGO
The Motley Fool

Companies once set out to change the world, but these innovators are building an entirely new one.
STOCKS・2 DAYS AGO
The Motley Fool

Which of the big tech stocks are worth your investment dollars this year?
STOCKS・1 DAY AGO
The Motley Fool

These digital assets could help you build wealth in the long run.
MARKETS・2 DAYS AGO
bitcoinmagazine.com

How Jack Dorsey’s Block Is Paving The Way For Bitcoin

Twitter founder Jack Dorsey’s new company, Block, is leading the charge to establish technology for the Bitcoin network that builds on both the company’s mission statement and Bitcoin’s founding principles. Genesis Block. “If I were not at Square or Twitter I’d be working on bitcoin.”. Those...
MARKETS・5 DAYS AGO
beincrypto.com

Thomas Templeton, Block’s hardware head, notified the Twittersphere of the deliberations taking place at Block regarding the development of a completely permissionless open-source mining solution. Block, the Jack Dorsey-led payments company formerly known as Square, wants to democratize access to bitcoin mining. This comes amidst fears that bitcoin mining...
COMPUTERS・9 DAYS AGO
FXStreet.com

On January 20, Jack Dorsey’s Block will list on the Australian Securities Exchange following its integration with buy now pay later firm Afterpay. Caroline Bowler, CEO of the Australian crypto exchange BTC Markets said the move was great news for the Australian Blockchain community and ASX. According to the...
WORLD・10 DAYS AGO