Totally gaga: Why do couples use baby talk with each other? 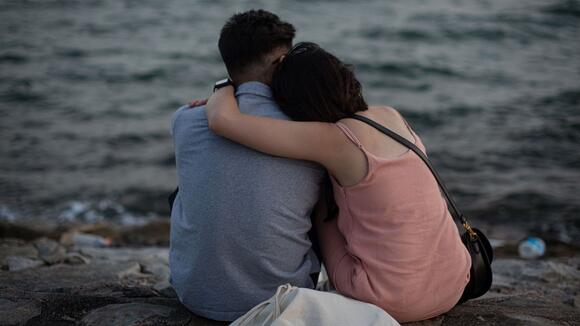 ( THE CONVERSATION ) — Imagine you’re strolling through a park and you overhear a middle-aged couple cooing over each other, doting over their “wittle sugar pwum” and “baby doll.”

Baby talk is cute when grown-ups dote on babies. But when adults converse with each other? Not so much.

Yet in my work as a communication sciences and disorders researcher , I’ve come across studies showing that as many as two-thirds of couples use romantic baby talk .

It may sound strange and elicit cringes, but it’s no disorder.

So why do couples do it?

First, it’s important to understand what, exactly, I mean by “baby talk.” It’s not how babies talk to one another. It’s the exaggerated pitch, tempo and intonation that parents use when talking to their little ones – what linguists call “motherese” or “parentese.”

According to speech and hearing expert Patricia Kuhl , this special style of speaking facilitates social interactions with babies, helping them learn how to communicate. And it isn’t a phenomenon just in English. Speakers in every culture and every language will change their pitch and exaggerate their intonation when communicating with babies.

Research has shown that this style of speaking actually triggers the release of neurotransmitters that motivate infants to learn.

However, in the case of romance, this style of speech is less about learning and more about affection.

According to the affection exchange theory , which was proposed by the communication researcher Kory Floyd, specific vocal behaviors signal affection. These include the use of a high pitch, exaggerated intonation and a soft voice – traits that just so happen to overlap with the way most people talk to babies.

But there’s another side to the phenomenon: the formation of a special linguistic landscape that’s walled off from the rest of the world, a space for couples to express themselves that’s free from the complexities and customs of routine adult conversations.

The use of “idiosyncratic,” or personalized, communication is an important aspect of close friendships and romantic relationships . A bystander listening in might be flummoxed. But to the couple, it’s a sign of their bond – a boundary that sets them apart from everyone else. Pet names like “sweet pie” and “nugget” are a part of this, and they’ve been shown to signal greater relationship satisfaction among couples .

So while adults literally going gaga for each other might sound peculiar, it’s a hallmark of humanity.

This article is republished from The Conversation under a Creative Commons license.

Clint Arlis, known to TV audiences as one of the contestants who appeared on Kaitlyn Bristowe’s season of “The Bachelorette,” has died, his family and friends have revealed. He was 34.
BATAVIA, IL・2 DAYS AGO
WGN Radio

Counties with the lowest hospital bed capacity in Illinois

(STACKER) — The vaccine deployment in December 2020 signaled a turning point in the COVID-19 pandemic. By the end of May 2021, 40% of the U.S. population was fully vaccinated. But as vaccination rates lagged over the summer, new surges of COVID-19 came, including Delta in the summer of 2021, and now the Omicron variant, […]
ILLINOIS STATE・16 HOURS AGO
WGN Radio

The first of the White House's major initiatives to get everyone access to free, at-home COVID testing takes effect Saturday. But the new policy doesn't benefit every American.
CHICAGO, IL・2 DAYS AGO
Newsweek

The husband was branded "controlling, disrespectful and entitled" by one Redditor. "He is putting your health and safety on a back burner."
RELATIONSHIP ADVICE・6 DAYS AGO

SALEM, NH -- William and Carol Stewart of New Hampshire died within seconds of each other of COVID-19, holding hands as they took their last breaths. Daughter Melissa Noke said their entire family of eight tested positive for COVID-19. Carol was on life support for two weeks, William for eight days. William suffered from lung and kidney failure toward the end of his life.
CHICAGO, IL・10 DAYS AGO
The US Sun

A PAEDIATRICIAN explained exactly how often you would be bathing your child, and it very much depends on their age. The doctor said that when it comes to newborns, it's important not to wash them too frequently as it could dry out their skin. Dr Carole Keim posted the helpful...
KIDS・9 DAYS AGO
Insider

9 questions to ask your crush to determine compatibility, according to relationship therapists

Asking the person you like basic questions can help you learn a lot — here's what to ask and what to look out for in their answers.
RELATIONSHIP ADVICE・2 DAYS AGO
Washington Examiner

When talking about birthrates and babies, why are we omitting marriage?

Hungary is right now a real-life experiment in pro-natal policies — subsidies, regulations, protections, messaging, and more — all aimed at boosting the country’s sagging birthrate. American Conservative writer Gladden Pappin traveled to Budapest to write about this effort, and he produced an interesting and well-written article...
RELATIONSHIP ADVICE・3 DAYS AGO

Does ‘cringe-worthy baby talk’ between couples serve an evolutionary purpose?

This article or excerpt is included in the GLP’s daily curated selection of ideologically diverse news, opinion and analysis of biotechnology innovation. It is posted under Fair Use guidelines. Baby talk is cute when grown-ups dote on babies. But when adults converse with each other? Not so much. Yet...
RELATIONSHIP ADVICE・7 DAYS AGO
BET

Christina Milian developed her love of travel from her Cuban parents! Adorably, the mother-of-three continues to share her love for traveling across the globe with her singer-songwriter husband Matt Pokora (M. Pokora). The star recently chatted with BET Lifestyle exclusively about why she loves traveling with her hubby, along with their favorite kind of date night. Read about it below!
RELATIONSHIP ADVICE・2 DAYS AGO
quickanddirtytips.com

Why Is It Hard for Couples to Talk About Money?

Subscribe on iTunesSubscribe on StitcherSubscribe on SpotifySubscribe on Google. Finances should be viewed as a team sport in your relationship, and the most effective way to reduce conflict about it is to be open and honest. Have you ever seen the show Marriage or Mortgage on Netflix? A couple has...
RELATIONSHIP ADVICE・7 DAYS AGO
Insider

First dates can be tough to plan, but skipping the classic dinner in favor of a more engaging activity could help you open up and connect more easily.
RELATIONSHIP ADVICE・2 DAYS AGO

THERE'S no "right" way to announce your pregnancy - but if you're worried about stepping on anyone's toes, you'd be better off avoiding any kind of special occasion. But one couple were so convinced that their family would be thrilled by the news that they chose Christmas for the special moment.
FAMILY RELATIONSHIPS・15 HOURS AGO
SheKnows

Fans aren’t the only ones who want Halle Berry and Van Hunt to get married — the songwriter might also make it a priority in 2022. Hunt does have a very specific condition for a wedding to happen and it’s all in the hands of the voters for the Academy Awards (no pressure at all). What would it take for the duo to walk down the aisle? “Man, maybe after ‘Automatic Woman’ is nominated for an Oscar and wins,” Hunt teased on The Domenick Nati Show on Thursday about the song he co-wrote for Berry’s movie, Bruised. That might sound like...
RELATIONSHIP ADVICE・2 DAYS AGO
Newsweek

The video sparked a fierce debate over the best—and worst—ways to co-parent during the pandemic.
BEHIND VIRAL VIDEOS・2 DAYS AGO
CBS News

An interracial couple was pressured to break up. Four decades later, they've rekindled their romance

Everlasting love! Britain's longest married couple, aged 100 and 102, celebrate their 81st anniversary in their retirement village - and say compromise and 'taking care of each other' is the secret to their success

Popular baby names come and go — and math may explain why

How does a name like Emily go from in-vogue one year to out of fashion the next?
BEAUTY & FASHION・8 HOURS AGO
zip06.com

Taking Care of Each Other

From left, Makena Hollingsworth, Addison Hollingsworth, Elise Caporale, and Katherine Eaton collaborate on some bath bombs at the Guilford Free Library. The library held a teen and tween self-care event on Jan. 6 at which participants made personalized bath bombs, lip scrub, face masks, and journals. For more information on upcoming library programs, visit www.guilfordfreelibrary.org.
GUILFORD, CT・6 DAYS AGO
The Independent

Oystering: What is the new dating trend for 2022?

A new year means a new set of dating trends is on the horizon.Usually, said trends are coined to alert dating app users to cruel habits online, such as ghosting and breadcrumbing - the act of sending out flirtatious signals to make someone think you’re interested in them without committing.This year, though, dating trends have had a positive re-brand, with the first one to emerge offering single people plenty of hope.Introducing “Oystering” - the idea of seeing the world as your oyster after a breakup.Coined by dating app Badoo, the term came to light after its research found that almost half...
RELATIONSHIP ADVICE・19 MINUTES AGO