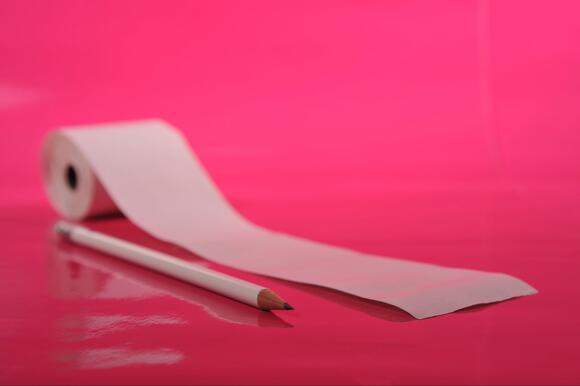 Hackers are taking control of business receipt printers to circulate pro-labor messages, according to a report from Vice and posts on Reddit .

Screenshots posted on Reddit and Twitter reveal some of the messages. "Are you being underpaid?" one message asks. Another reads, "How can the McDonald's in Denmark pay their staff $22 an hour and still manage to sell a Big Mac for less than in America? Answer: UNIONS!"

Though the messages posted online vary, they share a pro-labor sentiment, with many leading their recipients to the r/antiwork subreddit, which gained traction during the Covid-19 pandemic when workers began advocating for more rights.

Many Reddit users appreciated the receipt hack, with one user calling it "hilarious," while some questioned the authenticity of the messages. But a cybersecurity firm that monitors the internet told Vice the messages are legitimate. "Someone is... blast[ing] raw TCP data directly to printer services across the internet," GreyNoise founder Andrew Morris said. "Basically to every single device that has port TCP 9100 open, and print[ing] a pre-written document that references /r/antiwork with some workers rights/counter capitalist messaging."

Morris also said it's a sophisticated operation — whoever's behind it is using 25 separate servers, so blocking one IP address won't necessarily be enough to stop the messages. "A technical person is broadcasting print requests for a document containing workers rights messaging to all printers that are misconfigured to be exposed to the internet," Morris continued.

Related: One Shockingly Common Blind Spot that Can Derail Your Company's Cybersecurity

Printers and other internet-connected devices can be very susceptible to attack; hackers are well-versed in taking advantage of those that are insecure. In 2018, a hacker took control of 50,000 printers to promote the controversial influencer PewDiePie.

Many organizations are failing to secure their printing infrastructure, despite the high risk of data loss, new data suggests. According to a report from research firm Quocirca, based on a survey of 531 IT decision-makers, more than two-thirds (68 percent) of firms have experienced data loss due to printer vulnerabilities.
TECHNOLOGY・9 DAYS AGO
tech.co

The FBI has warned that the latest ransomware threat may not come from the internet – but instead via an infected USB stick. A security alert sent to US organizations details that packages have been received by businesses in transportation, insurance and defence, containing external drives with ransomware loaded onto them. These are often disguised as gifts.
PUBLIC SAFETY・13 DAYS AGO
houstonianonline.com

People over the age of 65 are getting more tech savvy at a faster rate and are closing the gap with younguns.
INTERNET・42 MINUTES AGO
Entrepreneur

Surfshark One Gives You a Single Cybersecurity Solution

It's an all-in-one security bundle to protect you from viruses, malware, data leaks, and privacy accounts.
TECHNOLOGY・2 DAYS AGO
WRBL News 3

Looking to make an extra buck by reselling your free COVID-19 tests? Many online retailers already have restrictions in place regarding who can sell tests on their platforms.
PUBLIC HEALTH・2 DAYS AGO
Entrepreneur

How To Avoid Spam Calls And Focus On Important Ones

You're reading Entrepreneur India, an international franchise of Entrepreneur Media. It is not unusual to get a call from an unknown or unfamiliar number. Unfortunately, even with today's technological advances, answering a call is never a good idea if you do not know who is calling. In the same way, one may miss out on an important call just because the number looked unfamiliar. It may be anyone from a potential employee to a potential investor! Business cards are often handed out in conferences, meetings as well as exhibitions. A contact number may also be accessed through a mutual acquaintance, a floating resume, company website or social media sometimes. Thus, it is a pure chance whether the next unknown caller needs to be answered or not.
PUBLIC SAFETY・4 DAYS AGO

It’s come to the attention of several Warzone players that an unorthodox solution has been employed by the team at Ricochet Anti-Cheat to deal with the rampant issues of cheating facing the first-person battle royale these days. This problem of having to deal with cheaters is certainly not something...
VIDEO GAMES・5 DAYS AGO
The Motley Fool

The meme token had its time to shine in 2021 but pales in comparison to these better coins.
CURRENCIES・23 HOURS AGO
The Motley Fool

Amazon stock has been practically flat for the past year. The company's growth in the cloud market may be overlooked as it helps fuel future ambitions.
BUSINESS・23 HOURS AGO
BGR.com

Best cheap laptops in 2022: The most bang for your buck

If you’re looking to buy one of the best cheap laptops, then you’ve got your work cut out for you. Not only are there hundreds of options out there, but not all laptops are created equal. Because of that, we’ve put together a list of cheap laptops that should help you narrow down your choices. Of course, when you’re looking for a cheap laptop, there are a few things to keep in mind. First, what exactly does cheap mean? For us, cheap usually means any laptop under $600, though there are a couple of places you might need to go above...
COMPUTERS・16 HOURS AGO
SPY

Pick up everything you need with these Amazon deals on home essentials, tech and more.
SHOPPING・18 HOURS AGO
BGR.com

Best keyboards in 2022: Give your typing the keyboard it deserves

Don't Miss: 10 deals you can’t miss on Sunday: $9 COVID tests, $179 AirPods Pro, $40 soundbar, more Choosing the best keyboard for your setup can be tough. Not only are there a ton of options, but there is also a multitude of different keyboard types. From mechanical to ergonomic, you’re going to need to figure out what suits you best, and exactly what you need. But before you can figure out what the best keyboards are, there are a few things to keep in mind. First, think about what type of keyboard you want. Do you want a super-clicky and responsive...
ELECTRONICS・14 HOURS AGO
WJHL

How does Carvana work?

Carvana presents itself as a new way to buy a car. But is it better than the old way?
BUYING CARS・17 HOURS AGO
Insider

The internet helped a Chinese teenager find the parents who sold him as a baby. When they rejected him, he took his own life.

Liu Xuezhou's search for his biological parents captured nationwide attention — but also put him at the center of a viral social media storm.
TECHNOLOGY・25 MINUTES AGO
Entrepreneur

These Are the Ten Best Performing Options Trading Funds

Mutual Funds typically invest in stocks and fixed-income securities. However, there are funds that, along with investing in such securities, may also invest in derivatives contracts such as options and...
MARKETS・18 HOURS AGO
Reuters

SPAC linked to Trump's venture outperforms others in sector

Jan 24 (Reuters) - Shares of the blank-check acquisition firm that agreed to merge with former President Donald Trump's social media venture have outperformed every other special purpose acquisition company (SPAC), despite the regulatory risks facing the deal and investors now snubbing the vast majority of such vehicles. Digital World...
POTUS・34 MINUTES AGO