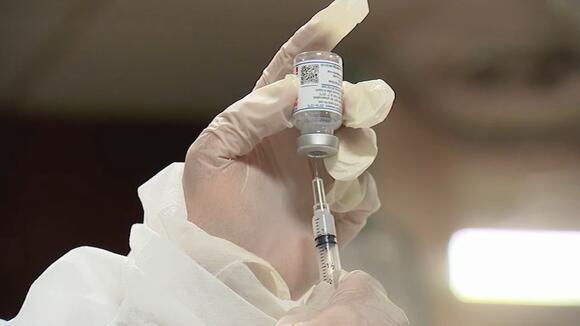 A new study published in the The Lancet suggests that getting any booster shot appears safe and significantly raises antibody levels. The study, conducted in the UK, also looked at AstraZeneca as a primary vaccination, as well as boosters from companies like Curvac and Novovax. These vaccines are not authorized in the United States. For people who originally got Pfizer, getting a Moderna shot leads to a higher antibody response than getting Johnson & Johnson as a booster shot. The study did not look at Moderna and Johnson & Johnson as an original vaccine.

First omicron case confirmed in New Jersey Governor Phil Murphy and New Jersey Department of Health Commissioner Judy Persichilli announced that the New Jersey Department of Health has identified a case of the Omicron variant in a traveler to the state. The individual, an adult female, who is a fully vaccinated Georgia resident, had recently traveled to South Africa. Since testing positive on November 28, the woman has remained in isolation. She experienced moderate symptoms and is now recovering after receiving care in a North Jersey emergency department. The New Jersey Department of Health laboratory performed sequencing on the specimen to confirm it was the Omicron variant. Religious, non-public schools push back against new NYC COVID vaccine mandate The Committee of New York City Religious and Independent Schools is firing back Friday after Mayor Bill de Blasio announced a new COVID-19 vaccine mandate that will require all nonpublic school employees to get their first shot by December 20. It affects roughly 56,000 employees of 938 yeshivas, Catholic schools and other private schools. "Many of our schools view COVID vaccination as a matter most appropriately left to individual choice, not governmental fiat," Chairman Rabbi David Zwiebel wrote. "This is an area where government should be using its bully pulpit to persuade, not its regulatory arm to coerce." 'Caution not panic': Officials confirm 5 omicron cases in New York Officials are urging caution, not panic, after New York has been added to the growing list of states with confirmed cases of the COVID-19 omicron variant . Those states include Minnesota, where a man is believed to have contracted the variant of COVID-19 during a visit last month to the Javits Center in Manhattan. Study suggests omicron variant may overcome immunity protection from previous COVID infection South African scientists are warning that reinfections among people who've already battled COVID-19 appear to be more likely with the new omicron variant than with earlier coronavirus mutants. A research group has been tracking reinfections in South Africa and reported a jump with the arrival of omicron that they hadn't seen when two previous variants, including the extra-contagious delta variant, moved through the country. The findings, posted online Thursday, are preliminary and haven't yet undergone scientific review. Nor did the researchers say what portion of the reinfections were confirmed as omicron cases - or whether they caused serious illness. Germany: 1 in 100 infected with virus, health minister says Germany's health minister said Friday that more than 1% of the population - almost a million people - are currently infected with the coronavirus, and called on citizens to get vaccinated if they haven't done so yet. The country confirmed 74,352 new daily COVID-19 cases and 390 additional deaths, figures published by the federal disease control agency showed. According to the Robert Koch Institute's calculations, some 925,800 people in Germany are considered actively infected with the virus. Health Minister Jens Spahn noted that the number of unvaccinated residents who are infected and seriously ill is much higher than their share of the overall population. "If all German adults were vaccinated, we wouldn't be in this difficult situation," he told reporters in Berlin. Antonio Brown allegedly asked chef to obtain fake COVID vaccine card Antonio Brown and two other NFL players have been suspended immediately for three games by the league for violating COVID-19 protocols. The Tampa Bay wide receiver and teammate Mike Edwards were suspended Thursday. Free agent John Franklin III, if signed by a team, is also ineligible to play in the next three games. All three players have accepted the discipline and waived their right of appeal. The suspensions are effective immediately. Officials investigating how anti-vaccine poster ended up in NYC bus stop An anti-vaccination ad, designed to look like a New York City ad encouraging vaccination, somehow ended up in a bus stop in Brooklyn . The poster was spotted by a Twitter use at a B43 bus stop at Carroll Street and Kingston Avenue in Crown Heights. The Department of Transportation outsources bus stop ads to a vendor, who is telling them they didn't sell this. DOT is now investigating whether someone vandalized the bus stop and put the poster up themselves.

The study featuring IVF patients is the latest that may allay false fears among some that the COVID vaccine can harm a person's reproductive health.
WOMEN'S HEALTH・16 HOURS AGO
WTKR News 3

A new Centers for Disease Control and Prevention study says booster shots of Pfizer's and Moderna's COVID-19 vaccines proved vital in keeping additional Americans out of the hospital as the omicron variant spread this month, The New York Times and Bloomberg reported Friday.
HEALTH・4 DAYS AGO
KRON4 News

The CDC says it is working to "pivot" its language about who is - and isn't - fully vaccinated.
PHARMACEUTICALS・2 DAYS AGO
KTVU FOX 2

SACRAMENTO, Calif. - As the omicron variant spreads throughout the state only 38% of vaccinated Californians have reportedly received the booster shot. According to the San Francisco Chronicle, fewer people are embracing the booster than their initial doses. The report showed the Bay Area averaged the highest rate at 55%, while some rural counties are reported as few as 23% of vaccinated people got boosters.
SAN FRANCISCO, CA・7 DAYS AGO

Cases nationwide have dropped by 10% in the last week. The Tri-State area along with New England and the Upper Midwest have already seen cases hit their peak.
NEW YORK CITY, NY・1 DAY AGO
ABCNY

Up to three quarters of side effects caused by the Covid vaccine may be down to the 'nocebo' effect, study claims

Up to three quarters of side effects caused by the Covid vaccine may be 'all in the head', experts say. Millions of people across the world claim to have suffered headaches, tiredness and even diarrhoea after getting jabbed. But scientists at Harvard believe the vast majority of the effects may...
SCIENCE・7 DAYS AGO
ABCNY

Military doctors and nurses entered the doors at Coney Island Hospital in Brooklyn on Monday and University Hospital in Newark over the weekend to help with staffing shortages.
NEW YORK CITY, NY・2 DAYS AGO

As Omicron continues to dominate globally, research is coming in every day on this highly contagious variant of SARS-CoV-2. Take a look. A Subvariant of Omicron ID’ed in Washington State and Houston. Two cases of a subvariant of the Omicron variant have been identified in Washington state. It appears...
SCIENCE・1 DAY AGO
ABCNY

Minnesota's attorney general is suing "The Center for COVID Control" and "Doctors Clinical Laboratory" which received $124 million in federal funding to carry out the tests.
EDUCATION・4 DAYS AGO
ABCNY

COVID Omicron News: FDA expands eligibility for remdesivir to anyone with mild to moderate symptoms

NEW YORK (WABC) -- The Food and Drug Administration has extended the use of the antiviral remdesivir for treatment of mild to moderate COVID-19. The medication had received emergency use authorization in May 2020. Back then it was only for use in people hospitalized with severe COVID-19. In October of...
NEW YORK CITY, NY・3 DAYS AGO
fox5ny.com

Pfizer Inc. said laboratory testing showed its COVID-19 pill Paxlovid appears to be effective against the omicron variant of the coronavirus. The company said three separate studies demonstrated that the in vitro efficacy of nirmatrelvir, the antiviral treatment's main component, was maintained against the variant of concern. In an initial...
MEDICAL & BIOTECH・5 DAYS AGO

CDC: Unvaccinated seniors nearly 50 times more likely to be hospitalized than those with boosters

This is the first time the CDC has posted hospitalization rates based on vaccination status.
PUBLIC HEALTH・18 HOURS AGO
ABCNY

There is good news Friday in New York's battle against COVID-19, as the state's positivity has dropped below 10% for the first time in over a month.
NEW YORK CITY, NY・4 DAYS AGO
ABCNY

4 children have died from COVID-related complications in NJ since Christmas, officials say

New Jersey has seen a 2/3 drop in COVID cases over the past two weeks, but there have been four pediatric deaths since Christmas.
PUBLIC HEALTH・1 DAY AGO
Time

Boosters Are Effective Against Delta and Omicron Variants in Studies

Booster doses of COVID-19 vaccines increased protection against both the Delta and Omicron variants in three studies that looked at infections, hospital admissions and deaths in thousands of U.S. patients. Third doses of messenger RNA vaccines made by Moderna Inc. and the partnership of Pfizer Inc. and BioNTech SE were...
PHARMACEUTICALS・4 DAYS AGO
Wyoming News

Study shows 'artificial pancreas' may be safe, effective for kids with diabetes

Having a child with Type 1 diabetes can be a challenging health condition for parents to manage, but new research suggests an "artificial pancreas" system may beat standard treatment in controlling the blood sugar disease in young children. Forms of the technology -- which automatically monitors and regulates blood sugar...
DISEASES & TREATMENTS・5 DAYS AGO
FOX 23 Tulsa KOKI

A study in England of people recently infected with the omicron variant of the coronavirus virus found that two-thirds had already had COVID-19. The findings come from a continuing study conducted through Imperial College London’s Real-time Assessment of Community Transmission or REACT program, according to The Guardian. The study...
PUBLIC HEALTH・18 MINUTES AGO