Is MercadoLibre on Its Way to Becoming One of the World's Biggest Tech Companies?

In the U.S., we now have Meta Platforms, Inc. (NASDAQ: FB) , but in Latin America, there's soon going to be Meka. Meka is a partnership between e-commerce giant MercadoLibre (NASDAQ: MELI) and venture capital firm Kaszek, which was founded to invest in leading Latin American technology companies. Between its incredible growth and new stakes in early-stage tech companies -- is MercadoLibre on course to become one of the biggest technology companies in the world?

MercadoLibre has helped revolutionize commerce in Latin America through its e-commerce platform and its digital payments segment, MercadoPago. It operates in 18 Latin American countries from its headquarters in Argentina, and it's demonstrating phenomenal growth. 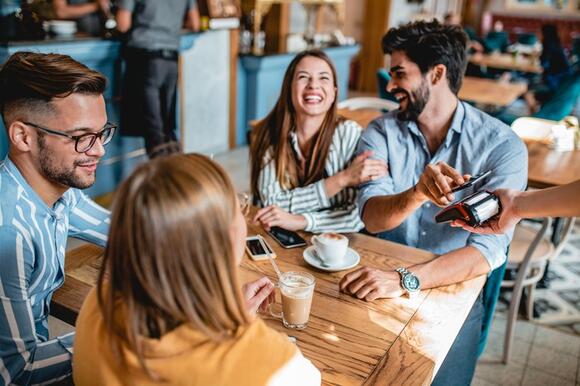 In the third quarter, it posted outstanding growth on top of its stellar performance in 2020. Revenue increased 73% (on a currency-neutral basis) year over year, and gross merchandise volume grew 30%. The number of unique buyers reached nearly 79 million, which is still a fraction of its total addressable population of more than 650 million (which is more than double the U.S. population and more than the entire North American population). It's also showing improved retention rates, and a higher number of average transactions per buyer.

During the quarter, 80% of orders were delivered within 48 hours, a real feat for any e-commerce company. At least part of that success was attributable to MercadoLibre's fulfillment services unit, Mercado Envios, which is making strides in penetrating more of its target markets and accounted for 37% of fulfillment in Q3.

MercadoLibre has posted $6.3 billion in trailing 12-month sales, but it still has a massive opportunity to harness, and management is making many moves to do so.

In September, MercadoLibre and Kaszek teamed up to create a special purpose acquisition company (SPAC) with the purpose of identifying a Latin American technology company to take public. Kaszek's founders were previously executives at MercadoLibre, and the two companies are working together to invest in smaller companies, offering infrastructure as well as capital. The SPAC will trade under the name MELI Kaszek Pioneer Corp, or MEKA, and it will give MercadoLibre a stake in other companies. It also recently bought logistics company Kangu, which it has partnered with for its network of 5,000 locations assisting with deliveries. It will rebrand that company's operation as Meli Places.

These ventures could add tremendous value to the MercadoLibre portfolio as it continues to dominate Latin American e-commerce. The company has already successfully entered the fintech space through Mercado Pago, which offers an advanced assortment of services such as digital wallet, banking features, and asset management. Total payment volume for the fintech off the MercadoLibre platform increased 79% year over year on top of 197% last year. Having its fingers in multiple pies on its home turf gives it access to new technology that could improve or complement its model and grow its total assets, as well as provide new growth opportunities.

Should you buy Mercado Libre stock?

Over the years, MercadoLibre stock has been an outstanding performer. It gained 658% over the past five years, outdoing the S&P 500's 111% gain. However, it hasn't done as well this year, declining 26% year to date. Last week, its share price got hit hard after management announced a new stock offering at a level considerably below where it was then trading.

MercadoLibre is far from done, and its acquisitions and SPAC plans indicate that it still has huge growth opportunities. But as to the question of whether it could become one of the biggest technology companies in the world, doing so would take a long time. In terms of its top line, it trails the biggest U.S. tech giants by orders of magnitude. 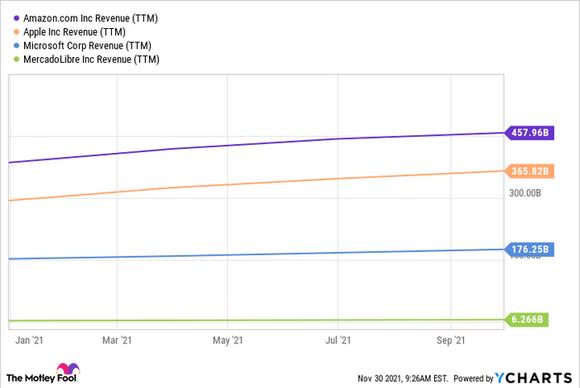 Even so, don't count it out. Today's tech titans were once smaller, too. I'd wager that MercadoLibre will keep growing, and that investors will gain along the way. And its recent share price dip offers a great buying opportunity.

All three are innovators in their respective markets.
STOCKS・1 DAY AGO
The Motley Fool

Both of these businesses should benefit from industrywide tailwinds in the coming years.
STOCKS・2 DAYS AGO
Markets Insider

Stock markets tumbled last week on fears about rising interest rates and inflation. The tech-heavy Nasdaq index fell 8% last week and is down 13% this year. The world's five richest tech tycoons have collectively lost about $85 billion in 2022.
STOCKS・10 HOURS AGO

Riding the Oracle of Omaha's coattails has long been a moneymaking strategy.
STOCKS・5 HOURS AGO
Coinspeaker

Within this metaverse strategy, South Korea aims to activate the ecosystem for metaverse platforms, nurture professionals, foster companies as well as create a safe environment for all metaverse users. On Thursday, South Korea revealed its plan to become the fifth-largest metaverse market in the world by 2026. It has already...
MARKETS・5 HOURS AGO
The Motley Fool

These companies are reliable, provide vital services to their customers, and trade at a reasonable valuation.
STOCKS・2 HOURS AGO
The Motley Fool

Companies once set out to change the world, but these innovators are building an entirely new one.
STOCKS・2 DAYS AGO

Where Will Matterport Be in 3 Years?

The key could be whether the metaverse catches on, and just how big it gets.
TECHNOLOGY・1 HOUR AGO
The Motley Fool

The legal cannabis industry in Canada must continue to consolidate to make it an attractive space for investors.
MARKETS・1 DAY AGO
The Motley Fool

The tech sector may be down right now, but it's still bursting with opportunity for long-term investors.
STOCKS・3 HOURS AGO
pymnts.com

When the Senate Judiciary Committee voted last Thursday to advance the American Innovation and Choice Online Act, a bipartisan antitrust bill, it set the path for the bill to potentially be adopted by the full Senate. While this is probably the biggest regulatory threat for Google, Amazon, Apple and Meta right now, there are two other bills that may have a significant impact on Big Tech: the Open App Market Act and the Digital Markets Act in Europe. Other regulatory initiatives in the U.S. and Europe also represent a regulatory threat. Here's a breakdown of the top regulatory threats to Big Tech.
INTERNET・1 HOUR AGO

Amazon stock has been practically flat for the past year. The company's growth in the cloud market may be overlooked as it helps fuel future ambitions.
BUSINESS・1 DAY AGO
The Motley Fool

My Favorite Growth Stock for 2022 (And Beyond)

This innovative tech company has an extremely bright future.
STOCKS・1 HOUR AGO
The Motley Fool

This disruptive fintech platform is an appealing investment opportunity.
STOCKS・1 DAY AGO
The Motley Fool

With a low price-to-earnings ratio, Levi's stock may be undervalued.
STOCKS・1 HOUR AGO
The Motley Fool

These companies focus on their customers' needs, which will likely propel their stocks over the long haul.
STOCKS・1 DAY AGO
The Motley Fool

The freelance platform is booming.
STOCKS・2 HOURS AGO
The Motley Fool

This cloud computing company has crashed back to earth in recent months.
STOCKS・5 HOURS AGO
The Motley Fool

Wall Street analysts are bullish on this trio. Are they right?
STOCKS・1 DAY AGO