Could Buying Hot Cryptocurrency Avalanche Make You a Fortune?

What a difference a year makes. Coming into 2021, Avalanche (CRYPTO: AVAX) was a relatively little-known cryptocurrency with a market cap of less than $300 million. That was actually an impressive achievement considering that Avalanche had been launched only a few months earlier.

Fast forward to today. Avalanche now boasts a market cap of more than $27 billion, moving past sizzling-hot Shiba Inu . That's enough to rank its native AVAX token as the No. 11 biggest cryptocurrency in the world, according to CoinMarketCap. But could buying this hot cryptocurrency make you a fortune now? 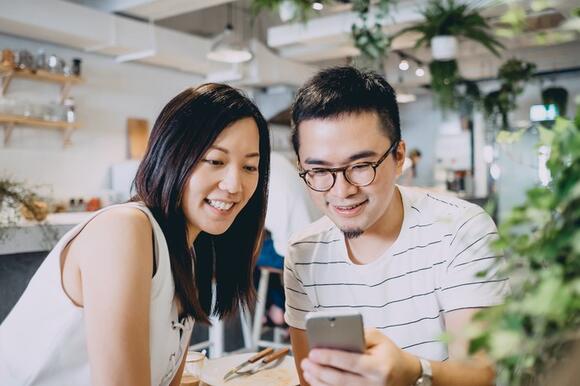 Making buyers a lot of money

There's no arguing that early buyers of Avalanche are now much richer. An initial $1,000 investment at the beginning of 2021 would now be worth well over $34,000.

This isn't a case where only the early birds get the worm, though. Even if you had waited halfway through the year to scoop up Avalanche tokens, you'd still be doing very well. The cryptocurrency has delivered a return of nearly 11X since early July.

What if you still missed the boat and didn't buy Avalanche until a month ago? No worries. Your gain would still be around 90%.

Sure, Avalanche seems to have leveled off for now. However, that's the situation for many other cryptocurrencies. Based on its historical performance, it could be only a matter of time before Avalanche again goes on a tear.

There are thousands of cryptocurrencies. Why did Avalanche break out while many haven't? The best answer is its blockchain architecture.

Like Ethereum (CRYPTO: ETH) , Avalanche's platform supports smart contracts. But it's the differences with Ethereum that have made Avalanche increasingly popular. In particular, Avalanche is much faster and has much lower fees. These advantages are made possible by Avalanche's three interoperable blockchains:

These advantages are resulting in the increased adoption of Avalanche. Deloitte announced last month that it's working with Ava Labs to develop a disaster recovery platform built on the Avalanche blockchain. This system will help state and local governments prove their eligibility to receive federal funding for emergencies.

Avalanche already has more than 150 projects in its ecosystem. These projects include decentralized finance (DeFi) wallets and non-fungible token (NFT) marketplaces.

A fortune in your future?

Let's return to the key question. Can buying Avalanche make you a fortune? I think the answer is yes.

Allow me to qualify that answer, though. I don't expect that Avalanche will deliver a 34X gain over the next year as it has over the previous 12 months. If it did that, it would be bigger than every other cryptocurrency on the market right now other than Bitcoin . That's possible but not probable.

It's also important to note that Avalanche's success going forward is joined at the hip with broader acceptance of cryptocurrencies in general. While I fully expect continued momentum for cryptocurrencies, there's always a possibility that circumstances could change.

My view, however, is that Avalanche could very well generate big returns going forward. I can definitely see how Deloitte's adoption of the blockchain could drive increased interest. Rising interest would almost certainly lead to a rising price for the AVAX token.

10 stocks we like better than Avalanche
When our award-winning analyst team has a stock tip, it can pay to listen. After all, the newsletter they have run for over a decade, Motley Fool Stock Advisor , has tripled the market.*

They just revealed what they believe are the ten best stocks for investors to buy right now... and Avalanche wasn't one of them! That's right -- they think these 10 stocks are even better buys.

The competitive advantages and differentiation offered by this crypto trio could send them to the moon.
MARKETS・1 DAY AGO
The Motley Fool

Cryptocurrencies can be volatile and risky. And if that's not your cup of tea, there are stocks that will give you exposure to the industry.
STOCKS・1 DAY AGO
The Motley Fool

Top tokens Bitcoin and Etheruem, often seen as safe havens, are seeing massive swing. How do investors handle that?
BUSINESS・21 HOURS AGO
The Motley Fool

These Berkshire Hathaway-backed winners could supercharge your portfolio.
STOCKS・2 DAYS AGO

Against the backdrop of a 7.5% slide for the Nasdaq, the Trump-backed stock has surged 58% in 2022.
STOCKS・22 HOURS AGO
The Motley Fool

Got $1,000? These 2 Top Growth Stocks Could Double Your Money

These innovative companies can bounce back from dramatic sell-offs and deliver huge wins.
STOCKS・6 HOURS AGO
The Motley Fool

Is a six-figure valuation possible for Bitcoin in the near-term?
BUSINESS・3 HOURS AGO
The Motley Fool

The growth stock sell-off is intensifying.
STOCKS・4 HOURS AGO

Some big players are stepping into the metaverse, stoking interest among cryptocurrencies tied to the digital future.
MARKETS・4 HOURS AGO
The Motley Fool

Here's why this massive REIT could still have plenty of growth potential.
STOCKS・6 HOURS AGO
The Motley Fool

Coinbase has been hit hard of late, but could this be the catalyst investors are looking for?
TECHNOLOGY・3 HOURS AGO
The Motley Fool

Bitcoin and Ethereum are massive, but these three tokens are catching up.
MARKETS・5 HOURS AGO
The Motley Fool

These three stocks have proven to be wonderful compounders, and there's little reason to believe that will change anytime soon.
STOCKS・1 DAY AGO
The Motley Fool

Hint: When Tesla started, no one was trying to do the same thing that it wanted to do.
BUSINESS・6 HOURS AGO
The Motley Fool

The NFT market is growing at light-speed, but can it surpass Bitcoin?
STOCKS・2 HOURS AGO
The Motley Fool

History suggests market dips are a great time to buy stocks, but not all individual companies are created equal.
STOCKS・1 DAY AGO
The Motley Fool

The remarkable performance of this asset speaks for itself.
BUSINESS・4 HOURS AGO
The Motley Fool

Planet Labs has the opportunity to crush that projection over the next decade.
STOCKS・4 HOURS AGO
The Motley Fool

Why Nikola Stock Is Tanking This Week

Despite a run of good news for the business, the electric vehicle start-up's shares are riding the tech wave downward.
STOCKS・2 HOURS AGO
The Motley Fool

It's a bloodbath in the markets, and some cryptocurrencies are getting hit even harder than tech stocks today.
STOCKS・2 HOURS AGO