No significant changes in testing, vaccinations since omicron emergence 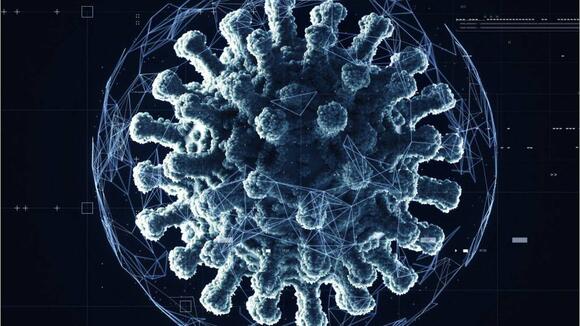 ORANGE COUNTY, Fla. — Orange County officials said there have been no significant changes to the number of people coming in for testing or vaccinations at county sites since the omicron variant was discovered last month.

Data was not immediately available for testing, but a daily breakdown was provided for vaccinations. At the county’s sites, an average of 155 people have gotten a first, second or booster dose each day this week.

That’s a small rise from the 114 average vaccinations seen leading up to the Thanksgiving holiday, when the discovery was announced. Around a third of those appeared to be booster shots.

Still, with roughly one in four Orange County residents unvaccinated, there’s room to improve. President Joe Biden made vaccinations a key focus of his new plan to prepare the United States for a winter surge and the spread of the variant.

As of Thursday, Florida continued to see some of the lowest infection rates in the nation, thanks to its warm winter climate and the summer surge that came close to overwhelming hospitals. At the time, officials hoped it was the last significant surge before COVID-19 becomes endemic, or always present without threatening hospital capacities.

Those hopes could change depending on what scientists discover about the new variant in the next week and a half.

NEW YORK — (AP) — A new study in two states that compares coronavirus protection from prior infection and vaccination concludes getting the shots is still the safest way to prevent COVID-19. The study examined infections in New York and California last summer and fall and found people who were both vaccinated and had survived a prior bout of COVID-19 had the most protection.
CALIFORNIA STATE・2 HOURS AGO
WFTV Channel 9 Orlando

One in five Americans have been infected with COVID-19, according to statistics

One in every five Americans have contracted the COVID-19 virus, according to statistics from Johns Hopkins University. As of Wednesday, at least 67,617,789 cases have been diagnosed in the U.S. since January 2020, and m ore than 854,000 people have died. The U.S. is currently averaging 776,891 new cases and...
MEDICAL & BIOTECH・2 HOURS AGO
WFTV Channel 9 Orlando

Starbucks had required all of its employees in the U.S. to be vaccinated against COVID-19, but that has changed after the Supreme Court ruled last week to reject the Biden administration’s directive to require vaccines or coronavirus testing at companies with more than 100 workers. Starbucks’ Chief Operating Officer...
ORLANDO, FL・45 MINUTES AGO

GENEVA — (AP) — The global initiative to share coronavirus vaccines equally between rich and poor countries asked Wednesday for $5.2 billion in funds to be able to keep buying doses in coming months. The UN-backed program known as COVAX has delivered just over 1 billion doses since...
GENEVA, FL・3 HOURS AGO
WFTV Channel 9 Orlando

WASHINGTON — (AP) — For the first time, all Americans can log on to a government website and order free, at-home COVID-19 tests. But the White House push may do little to ease the omicron surge, and experts say Washington will have to do a lot more to fix the country's long-troubled testing system.
U.S. POLITICS・3 HOURS AGO
WFTV Channel 9 Orlando

WARSAW, Poland — (AP) — Doctors and medical workers in Poland fear the country's health care system may not be able to cope with the latest surge of COVID-19 infections. More than 30,000 new cases in 24 hours were reported Wednesday in this nation of 38 million people and health authorities are expecting the figure to almost double in the next week, reflecting the spread of the highly contagious omicron variant.
WORLD・3 HOURS AGO
WFTV Channel 9 Orlando

Mexican abortion advocates look to help women in US

MEXICO CITY — (AP) — Decades ago, Mexican activists drove women into the United States to terminate their pregnancies at clinics. Now it’s women in the U.S. who are facing more challenges to accessing abortion services and again Mexican activists are stepping up to offer support. The...
WORLD・6 HOURS AGO

GENEVA — (AP) — The number of new coronavirus cases globally rose by 20% last week to more than 18 million, marking a slowdown in the surge caused by the omicron variant's spread, according to the World Health Organization. In its weekly report on the pandemic, the U.N....
PUBLIC HEALTH・9 HOURS AGO
WFTV Channel 9 Orlando

Army Corps of Engineers gets $14B to help ease supply chains

The Biden administration on Wednesday announced the release of $14 billion to the Army Corps of Engineers to fund 500 projects, with a focus on easing supply chain problems and addressing climate change. The spending stems largely from President Joe Biden's $1 trillion infrastructure deal, and the administration is trying...
MILITARY・7 HOURS AGO
WFTV Channel 9 Orlando

Construction to begin soon on new US offshore wind farm

Construction will soon begin on the second commercial-scale, offshore wind energy project to gain approval in the United States, the developers said. The U.S. Department of the Interior approved it in November, and the Bureau of Ocean Energy Management issued its approval letter for the constructions and operations plan Tuesday, a major step in the federal process before construction can start.
ENERGY INDUSTRY・3 HOURS AGO
WFTV Channel 9 Orlando

Donors to launch Houston newsroom with $20M in seed funding

Five philanthropies plan to spend more than $20 million to bolster news coverage in Houston and create what they say will be one of the largest local nonprofit news organizations in the country. The newsroom is anticipated to launch later this year or early 2023 on multiple platforms, the donors...
HOUSTON, TX・4 HOURS AGO

CEO who fired 900 people on Zoom call returns to work

The founder and CEO of a company who became known for firing approximately 900 of his employees on a Zoom call in December is now returning to his job at the company. We reported in December when Vishal Garg apologized after he abruptly fired hundreds of people over the video conferencing app while accusing the employees of working only two hours a day and “stealing” from co-workers and customers.
BUSINESS・1 HOUR AGO
WFTV Channel 9 Orlando

Slovakia imposes COVID restrictions to get ready for omicron

BRATISLAVA, Slovakia — (AP) — Slovakia on Wednesday limited access to what the government considers the most risky events and public gatherings as the country gets ready for the highly infectious omicron coronavirus variant. To attend weddings, parties, discotheques and other venues like wellness and swimming centers, people...
PUBLIC HEALTH・9 HOURS AGO
WFTV Channel 9 Orlando

AMSTERDAM — (AP) — Amsterdam's Concertgebouw orchestra played second fiddle Wednesday to a pair of hairdressers. Vincent van Gogh's self-portraits were briefly upstaged by a nail salon and barber as civil disobedience to protest the Dutch coronavirus lockdown spread Wednesday to the cultural sector. The Netherlands has been...
PROTESTS・7 HOURS AGO
WFTV Channel 9 Orlando

Although the FBI initially said the man who held four people hostage at a Texas synagogue was focused on an issue "not specifically related to the Jewish community," the captor voiced beliefs that Jews controlled the world and had the power to arrange the release of a prisoner, survivors said after their escape.
PUBLIC SAFETY・7 HOURS AGO