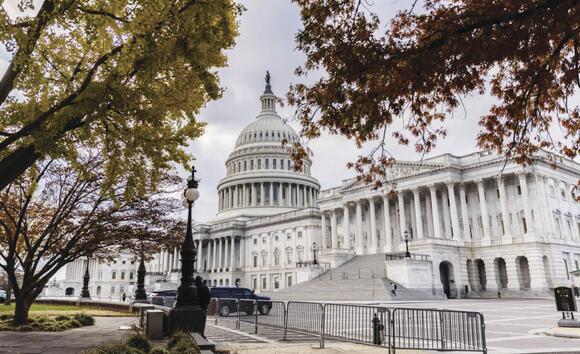 Senate Democrats set a Christmas deadline for passing the bill, but it will stall without the cooperation of all 50 Democrats, including Sen. Joe Manchin of West Virginia.

Manchin hasn’t endorsed the bill yet, and one reason is the bill includes a provision to provide four weeks of paid leave for those who need to take care of a baby or deal with an illness.

House Democrats already reluctantly agreed to whittle down the paid leave benefit from 12 weeks to win over Manchin. But Manchin wants it out entirely.

“I don’t think it belongs in the bill,” Manchin told CNN last month.

Manchin’s opposition now threatens passage of the entire bill and is infuriating liberals who believe paid leave is one of the most critical provisions in the legislation.

Hundreds of New York community and grassroots activists advocating for paid family leave wrote to Senate Majority Leader Chuck Schumer this week, warning him against removing the provision from the legislation.

“Simply put, on your watch, paid leave must not be left on the cutting room floor,” the group wrote to the New York Democrat. “We believe that every working person in New York and beyond deserves time to care for themselves and their loved ones regardless of where they live or work."

Democrats hope to tout paid leave among the new array of government services and subsidies Build Back Better would provide.

It was a key campaign promise by Biden and congressional Democrats, and polling shows it is very popular, particularly with younger voters. A Morning Consult/ Politico tracking poll released last month found the majority of registered voters support at least four weeks of paid family and medical leave.

“We want to see paid leave in the bill,” Schumer said this week.

Speaker Nancy Pelosi and other House Democrats fought to keep paid leave in the legislation. They scrapped a plan to provide 12 weeks of paid family leave after Manchin warned he wouldn’t support it.

Pelosi then decided to include four weeks of paid leave in the House version, which passed late last month.

Democrats argue the United States must follow the lead of most other wealthy nations that provide paid leave.

Canada, for example, provides up to 35 weeks of leave at a rate of 55% of weekly insurable earnings.

The paid leave provision in the House bill would provide partial pay depending on a person’s earnings for someone who needs time off for a new baby, to recover from an illness, or to care for a sick family member.

Advocates and fellow Democrats are stepping up pressure on Manchin to support the provision.

A paid leave advocacy group, Paid Leave for All, produced a new poll showing that 80% of West Virginia voters back paid family leave for anyone dealing with an illness, while 75% back paid leave for new parents.

Senate Budget Committee Chairman Bernie Sanders, a Vermont independent and a socialist, has insisted the paid leave provision remain in the measure, publicly pressuring Manchin, but not by name.

“We are the only major country on the planet that doesn't guarantee a single day of paid family and medical leave,” Sanders tweeted. “You have a baby in America today, and you're low-income, you're back at work in a day or two. That is barbaric.”

Manchin said he is not opposed to creating a federal paid leave program but doesn’t want Democrats to pass it without GOP support because it could be reversed when Republicans retake the majority at some point.

The provision would cost $200 billion, according to the nonpartisan Congressional Budget Office.

“We can do it in a bipartisan way,” Manchin told CNN. “We can make sure it’s lasting.”

But most Republicans are unlikely to support it.

Republicans argue many private companies already provide paid leave and that a federal mandate would increase the cost to employers while decreasing employment.

Democrats will use the reconciliation process to try passing whatever programs can be salvaged from the doomed Build Back Better agenda, White House press secretary Jen Psaki told reporters on Friday.
POTUS・23 HOURS AGO
WashingtonExaminer

President Joe Biden’s top aides spent the first day of his second year in office wending through hours of cleanup that showed no sign of disappearing.
PRESIDENTIAL ELECTION・1 DAY AGO
WashingtonExaminer

Congressional Republicans had a wealth of topics to criticize as they commemorated the one-year anniversary of President Joe Biden’s inauguration with a festival of events, with energy bubbling as they eye taking back the House in 2022.
PRESIDENTIAL ELECTION・1 DAY AGO
Newsweek

"Black people voting is simply not a priority for Biden, Manchin or Sinema," the radio host said on his Thursday broadcast.
PRESIDENTIAL ELECTION・18 HOURS AGO

Romney, Cheney and others were hailed as the conscience of the party but their deeds in the Senate have provoked accusations of hypocrisy
PRESIDENTIAL ELECTION・11 HOURS AGO
Business Insider

A $1.8T Build Back Better compromise Manchin offered the White House in December is off the table. "We'll just start with a clean sheet of paper."
PRESIDENTIAL ELECTION・1 DAY AGO
MarketWatch

McConnell said "African-American voters are voting in just as high a percentage as Americans."
CONGRESS & COURTS・20 HOURS AGO
The Independent

Vice President Kamala Harris struck a defiant tone as Democrats’ bid to pass voting rights reforms failed to pass the Senate late Wednesday evening.“We are not giving up,” Ms Harris told The Independent. “We will not give up.” The Senate failed to pass voting rights on a 49 to 51 basis with Senate Majority Leader Chuck Schumer voting against it so as to bring up the bill later this year. Speaking to reporters earlier she said: “I’m here tonight because this is a historic night, and history is going to record – and watch, certainly – the votes that are taking place.“This...
PRESIDENTIAL ELECTION・2 DAYS AGO

Scattered among at least three different efforts to primary Sinema in Arizona are several notable Sanders supporters and campaign veterans.
ARIZONA STATE・1 DAY AGO
The Guardian

How should one feel about the first year of the Biden presidency?. I can’t really say I’m disappointed, since I didn’t have high hopes going into it. But I do feel dread. This last year has felt a bit like being trapped in a nail-biting intermission between two horror films. The opening instalment consisted of Donald Trump’s first four years in office – it ended with the cliffhanger of a deadly plague and a surreal, poorly executed, but still terrifying ransacking of the Capitol. The sequel practically writes itself, as the man ascends to power a second time, even more emboldened and determined to hold on to power.
PRESIDENTIAL ELECTION・1 DAY AGO
Newsweek

Joe Biden's 6 Biggest Failures During His First Year as President

From COVID mismanagement to record inflation, the 46th president of the United States has had a tumultuous path so far.
PRESIDENTIAL ELECTION・2 DAYS AGO
Newsweek

Democrats attempted to change the filibuster in order to pass voting rights legislation in the Senate this week.
CONGRESS & COURTS・22 HOURS AGO

The Arizona senator sided with Republicans in opposing a move to tweak rules that would allow a voting rights package to pass with a straight majority.
CONGRESS & COURTS・2 DAYS AGO
Business Insider

The revival of the expanded child tax credit has been thrown into serious jeopardy due to resistance from Sen. Joe Manchin.
INCOME TAX・2 DAYS AGO
Fox News

FIRST ON FOX: Dozens of Republican lawmakers in the House and Senate are requesting the Department of Homeland Security’s Office of Inspector General (DHS OIG) launch an investigation into the actions taken by the Biden administration in relation to the crisis at the southern border. More than 100 lawmakers,...
PRESIDENTIAL ELECTION・1 DAY AGO
Newsweek

Pelosi defended congressional stock trading, stating that the U.S. is a "a free-market economy" and that lawmakers "should be able to participate in that."
POTUS・2 DAYS AGO

The veteran Democrat said African Americans were "quite aggrieved" by new voting restrictions across the country.
CONGRESS & COURTS・3 HOURS AGO
Reuters

Jan 21 (Reuters) - Several U.S. House members from President Joe Biden's Democratic Party are threatening to block a renewed push for his Build Back Better spending bill if it does not include the expansion of a federal deduction for taxes paid to states and local entities. Expanding the deduction,...
INCOME TAX・19 HOURS AGO
Newsweek

Senate Democrats failed to change the rules of the filibuster in order to pass voting rights legislation.
CONGRESS & COURTS・2 DAYS AGO
USA TODAY

Sagging ratings, fractured Democrats, record inflation and a virus that won't go away: What's a president to do when things are going wrong?
PRESIDENTIAL ELECTION・2 DAYS AGO