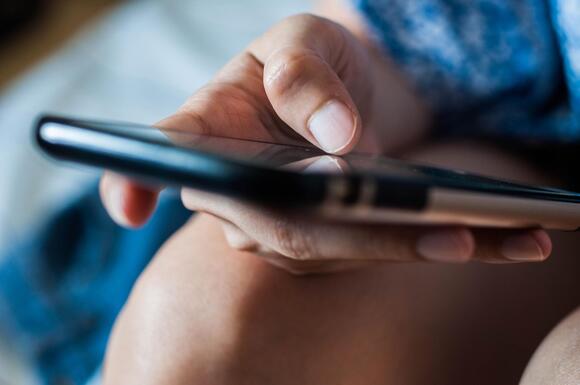 One of Ronald Dameron's victims is speaking out in the hopes something can be done about Missouri's invasion of privacy law.

The woman's name will not be shared to protect her identity.

The woman is one of several victims of Ronald Dameron, and although he has repeatedly been in and out of jail for looking or taking pictures up women's skirts, he is once again a free man and is not on the sex offender registry.

The woman said she hopes her story sheds light on a problem with the invasion of privacy law, she said needs to be fixed.

The woman said she went to Hy-Vee on Nifong to pick up some groceries on May 3rd, 2021, when she noticed a man following her.

She said for 41 minutes, Ronald Dameron, stalked her every movement throughout the store.

"Like looking in his eyes and like letting him know I knew he was following me and he just blatantly did not care he had no regard for how obvious he was."

A Hy-Vee employee noticed Dameron following the woman and escorted her out of the store.

Later when she got home she received a call from a Hy-Vee security employee.

"I believe he said five of us managers reviewed your like 41-minute shopping experience and after reviewing the footage we recommend you call the police."

She would later learn what Dameron was doing while following her.

"So he did put his phone up my skirt three times that day, I still haven't seen them I don't know that I want to."

Because she and other victims spoke out, Dameron was charged with seven invasion of privacy charges, which prosecutors filed over two months.

A judge sentenced Dameron to two years of probation.

The woman said she hopes her speaking out will change the law to show more support to victims.

"I'm shocked how little protection women have in Missouri, and not just women, any victim especially when it comes to harassment or abuse."

COLUMBIA, Mo. (KMIZ) A Boone County grand jury has indicted a Columbia man for a deadly shooting in November. Jurors indicted Mark A. Achterberg, 36, of Creston, Iowa, on felony counts of first-degree murder and armed criminal action in the Nov. 8 death of Justin Stidman. Achterberg's arraignment was held Monday and he has another The post Boone County grand jury indicts man in deadly shooting appeared first on ABC17NEWS.
BOONE COUNTY, MO・1 HOUR AGO
KMIZ ABC 17 News

COLUMBIA, Mo. (KMIZ) Columbia police will resume traffic law enforcement after stopping it due to the coronavirus in 2020, according to Police Chief Geoff Jones. Under a special order, Columbia police were authorized to stop drivers only for hazardous moving violations and indicated for criminal investigation purposes. "The health emergency called for clear action to The post Columbia police to resume full enforcement of traffic laws appeared first on ABC17NEWS.
COLUMBIA, MO・1 DAY AGO
KMIZ ABC 17 News

Check back for updates related to the coronavirus pandemic in Missouri. The post MONDAY UPDATES: State of Missouri reports hospital and ICU capacity trending down appeared first on ABC17NEWS.
MISSOURI STATE・1 DAY AGO
KMIZ ABC 17 News

COLUMBIA, Mo. (KMIZ) An 18-year-old accused of shooting and killing a man in northeast Columbia on Monday night says he didn't know the gun was loaded. According to a probable cause statement obtained by ABC 17 News, Shawn Long admitted to police in an interview on Tuesday that he picked up the gun and pointed The post Columbia homicide suspect claims he didn’t know gun was loaded appeared first on ABC17NEWS.
COLUMBIA, MO・6 DAYS AGO
KMIZ ABC 17 News

JEFFERSON CITY, Mo. (KMIZ) A man that was shot while in custody at the Cole County Jail has filed a lawsuit saying he didn’t get adequate medical care after the shooting in Nov. 2019. Brandon McNeese alleges the Cole County Sheriff’s Department and Sheriff John Wheeler did not give the highest degree of care in The post Man files lawsuit against Cole County Jail after he allegedly shot himself while in custody appeared first on ABC17NEWS.
COLE COUNTY, MO・5 DAYS AGO
KMIZ ABC 17 News

COLUMBIA, Mo. (KMIZ) Around 9:30 a.m. on Saturday, the Columbia Fire Department was dispatched to 3101 Creasy Springs Road for a commercial structure fire. An employee of Boone Quarries call 911 and stated there was smoke coming from the top of a building on the east quarry entrance. The first unit arrived about five minutes The post Fire in Columbia causes $75,000 worth of damage appeared first on ABC17NEWS.
COLUMBIA, MO・3 DAYS AGO
KMIZ ABC 17 News