Companies that donated to the Black Lives Matter (BLM) Global Network Foundation - including Amazon, Intel and Microsoft - have yet to weigh in on the movement’s call to boycott white companies this Christmas, despite the group profiting from corporate donations.

The organization on Instagram urged its supporters to participate in ‘Black Xmas’ by buying ‘exclusively from Black-owned businesses’ through January 1.

‘Move your money out of white-corporate banks that finance our oppression and open accounts with Black-owned banks,’ it said.

But the group has benefited from huge corporate donations itself.

In June 2020, Amazon said it donated $10 million to social justice causes including the ACLU Foundation, BLM, Brennan Center for Justice, the Equal Justice Initiative and more.

Microsoft around the same time donated $250,000 to BLM as part of a $1.5 million effort to address racial inequity. 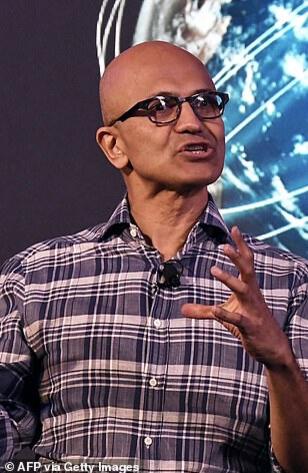 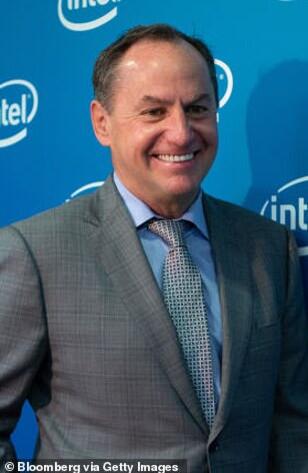 May 30, 2020: Glossier donates $500,000 to organizations fighting racial injustice, including BLM

June 5, 2020: Target contributes $10 million to partners such as the National Urban League

The money was spread throughout a number of non-profits and Swan encouraged employees to donate to the Black Lives Matter Foundation and others that were eligible for the company’s donation-matching program.

Other companies that have donated to racial equality efforts include Home Depot, Apple, Facebook and more.

On November 24, BLM said on its website that shopping at white-owned stores hurts black people and asked its followers to ‘harness our economic power to disrupt white-supremacist-capitalism and build Black community.’

They put out this year’s call as part of a tradition that began in 2014, despite profiting massively from white-owned and operated corporations.

The movement is asking its followers to participate in Black Xmas by donating to Black-led causes, supporting black-owned businesses through the New Year, and moving savings to black-owned banks.

Its online statement referenced the death of John Crawford, who was gunned down by police August 5, 2014 at a Walmart store in Beavercreek, Ohio after a shopper contacted police to report he was waving an A5-15 at customers.

But footage of the 22-year-old proved he was holding a pellet gun he had picked up in the store's toy department.

Steven Taylor, 33, was fatally shot April 18, 2020 by San Leandro police officer Jason Fletcher, 49, who responded to a call about an alleged shoplifter inside the store who was holding a baseball bat.

‘As BLMLA organizer, Jan Williams, reminds us, “Capitalism doesn’t love Black people,”’ BLM said on its website. ‘In fact, white-supremacist-capitalism invented policing, initially as chattel-slavery-era “paddy rollers,” in order to protect its interests and put targets on the backs of Black people.

'Under modern-day policing, those targets have been affixed to the backs of Black people like, #JohnCrawford and #StevenTaylor, who were murdered by police inside Walmart stores.’

Corporate executives have not been unsympathetic to the issue.

In June 2020, then-Amazon chief executive Jeff Bezos publicly expressed his support for BLM as protests over the death of George Floyd continued across the country.

He shared a customer email as well as his response on Instagram, explaining why Amazon's website had added a banner reading 'Black Lives Matter.'

The irate customer wrote: 'I am for everyone voicing their opinions and standing up for what you believe in, but for your company to blast this on your website is very offensive to me... ALL LIVES MATTER!'

Bezos responded: 'I have to disagree with you. 'Black lives matter' doesn't mean other lives don't matter.'

'Black lives matter speaks to racism and the disproportionate risk that Black people face in our law enforcement and justice system,' Bezos continued.

'I have a 20-year-old son, and I simply don't worry that he might be choked to death while being detained one day. It's not something I worry about. Black parents can't say the same.'

Intel’s then-leader sent a memo to employees in June 2020 imploring them to help fight racism.

‘While racism can look very different around the world, one thing that does not look different is that racism of any kind will not be tolerated here at Intel or in our communities.’ 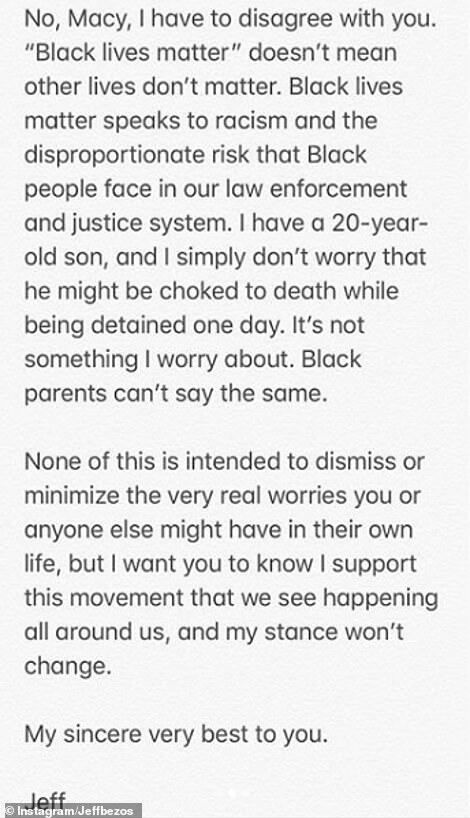 blm is bad and why these companies are donating to people who kill people just cause of their race is ridiculous!!! blm does not help the needy black people they just help themselves!!! wake up Americans!

These companies shouldn't even worry about it. There are a lot of BLM groups who aren't doing anything. Stop donating to them!!!@

A long-time Nike employee was fired after refusing to supply his COVID-19 vaccination records to a third-party verification service used by the sportswear giant. Dex Briggs, 53, claims he was terminated from his marketing manager position at Nike headquarters in Beaverton, Oregon earlier this month after a 26-year run with the company - despite being fully-vaccinated against the virus and offering to show bosses his vaccination card.
BUSINESS・18 HOURS AGO
24/7 Wall St.

This Is the American Company With the Worst Reputation

Does it matter how the public views a company? Does the reaction to its name drive sales of its products or services higher or lower? Brand experts have considered this question for decades. The results are not conclusive. Well-known brands like Facebook are often poorly regarded by the public, yet it has over 2 billion […]
BUSINESS・13 HOURS AGO
Business Insider

Meta and Amazon each spent considerably more on lobbying in 2021 than fellow Big Tech giants Apple and Google.
BUSINESS・22 HOURS AGO
Business Insider

The NLRB found merit in a claim that Smith was fired in retaliation for his union activity, an NLRB spokesperson told Bloomberg and Insider.
STATEN ISLAND, NY・20 HOURS AGO

Looking to make an extra buck by reselling your free COVID-19 tests? Many online retailers already have restrictions in place regarding who can sell tests on their platforms.
AUSTIN, TX・21 HOURS AGO
Vice

On the Clock is Motherboard's reporting on the organized labor movement, gig work, automation, and the future of work. In Amazon fulfillment centers across America, Amazon warehouse workers are being summoned for mandatory group huddles designed to improve their wellbeing. In the middle of their shifts, the summoned Amazon warehouse workers stand before a TV or laptop, and watch a short animated video.
HEALTH・19 HOURS AGO
Business Insider

One of the union organizers at the Amazon facility in Bessemer, Alabama, said Amazon warned and surveilled him.
BESSEMER, AL・5 HOURS AGO
Business Insider

Amazon is aggressively growing its advertising. Here's everything to know about its ad business.

Advertising is one of Amazon's fastest-growing businesses, but other retailers are scrambling to copy its success.
BUSINESS・17 HOURS AGO

Tumbling tech stocks and cryptocurrencies have seen the fortunes of some of the world’s richest people take a hit over the past week.Bloomberg reports that Tesla and SpaceX founder Elon Musk lost $25.1bn (£18.5bn), Amazon’s Jeff Bezos saw a $20bn (£14bn) drop in his fortune, Changpeng Zhao of Binance lost $17.7bn (£12.5bn), and Facebook’s Mark Zuckerberg is $10.4bn (£7.6bn) worse off.It was the worst week for the stock market since the crash at the onset of the pandemic.Big-name companies suffered, with Peloton falling below its IPO price and Netflix suffering its steepest drop in a decade. Stocks in chipmakers...
STOCKS・1 DAY AGO
The Motley Fool

Amazon stock has been practically flat for the past year. The company's growth in the cloud market may be overlooked as it helps fuel future ambitions.
BUSINESS・1 DAY AGO
Insider

Activist investor wants Peloton to fire its CEO and explore options to sell the company: report

Peloton's shares slumped a whopping 24% on Thursday, following a report from CNBC that it was putting the breaks on production.
BUSINESS・1 DAY AGO
ClickOnDetroit.com

Some Carhartt customers call for boycott over company’s vaccine mandate

DETROIT – One of Detroit’s iconic brands is facing backlash after the company decided to uphold a COVID-19 vaccine mandate for its employees, despite not having to. A leaked email from Carhartt CEO Mark Valade stated that the apparel company’s staff members would be required to get vaccinated for COVID, despite the Supreme Court’s recent ruling that ended the president’s vaccine mandate for large businesses.
DETROIT, MI・1 DAY AGO

Cancel culture wants to cancel Carhartt. Those opposed to vaccinations aren't warming up to the company's mandate for employees to be vaccinated against COVID-19. The United States Supreme Court has temporarily blocked President Biden's private employer mandate that would require all employers with at least 100 employees to ensure their workforce is fully vaccinated or else subject to weekly COVID testing before reporting to work. Nonetheless, outdoor apparel company Carhartt has doubled down and will be enforcing the mandate for their manufacturing facilities and retail stores.
DETROIT, MI・5 DAYS AGO
MassLive.com

Microsoft is buying the gaming company Activision Blizzard for $68.7 billion, gaining access to blockbuster games like “Call of Duty” and “Candy Crush.”. The all-cash deal will let Microsoft, maker of the Xbox gaming system, accelerate mobile gaming and provide building blocks for the metaverse, or a virtual environment.
BUSINESS・6 DAYS AGO
Seekingalpha.com

The shortage of semiconductors continues to limit production of new vehicles across North America and other parts of the globe. However, news reports across the State of Ohio suggest one of the world’s major chip makers, Intel Corp., is preparing to announce plans for a new chip fabrication plant near Columbus, Ohio in the middle of the so-called U.S. “Rust Belt.”
BUSINESS・7 DAYS AGO

Straight off a successful CES 2022, Intel has announced an executive shakeup that sees it bring on a new CFO, David Zinsner, but also sees the exit of EVP and GM of Intel’s Client Computing Group, Gregory Bryant. The depature of Bryant, who had been at Intel for 30...
BUSINESS・13 DAYS AGO
6abc Action News

Kohl's, target of activist investors, gets a $9 billion buyout offer

The quest for control of Kohl's is heating up.
PHILADELPHIA, PA・15 HOURS AGO
Reuters

Jan 25 (Reuters) - Britain's Royal Mail (RMG.L) expects to cut 700 managerial jobs as part of a reorganisation plan, the company said on Tuesday, and lowered its profit outlook for the year due to the anticipated costs. Shares in the company, one of the world's oldest postal companies, rose...
BUSINESS・37 MINUTES AGO
103.7 THE LOON

Duluth Trading Co. may soon see a boost in sales after Carhartt doubled down on its mandatory COVID-19 vaccine policy. Last week, American apparel company Carhartt revealed to staff that it would be doubling down on its policy requiring all employees to be vaccinated against the COVID-19 virus. This came days after the Supreme Court voted in opposition of a Biden administration COVID-19 vaccine-or-testing mandate for private companies with over 100 employees.
MINNESOTA STATE・5 DAYS AGO