Olivia Rodrigo on Her Soul-Baring, Brutally Honest Songwriting: ‘It’s Like My Therapy’ 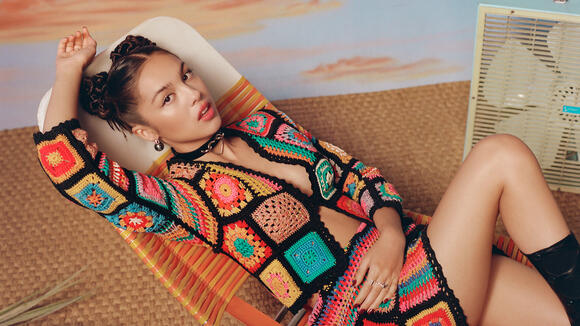 For Olivia Rodrigo , songwriting is more than a craft — it’s the method by which the Gen Z teenager is able to process heartbreak.

“I always write songs when I’m in the thick of whatever emotion I’m feeling,” says the 18-year-old, who is being recognized as Variety ’s Hitmakers Songwriter of the Year. “It’s like my therapy.”

Thanks to the success of her debut single. “Drivers License,” and the follow-up one-two punch of “Deja Vu” and “Good 4 U,” millions are also able to share the insights of her hard-earned introspection.

The numbers speak for themselves: In January, “Drivers License” smashed Spotify’s record at the time for most streams in a single week (on its way to a total of 1.1 billion as of mid-November) and catapulted the Disney actor to instant pop stardom. The piano-driven ballad, in which Rodrigo laments a heartbreak aligning with the milestone of passing her driving exam, spent eight consecutive weeks atop the Billboard Hot 100.

“The coolest thing as a songwriter is feeling like you really captured an intricate emotion,” Rodrigo says of writing “Drivers License.” “All of the people relating to it and finding meaning in it is amazing, because at the end of the day, I write songs because it helps me get through hard things in my life.”

Rodrigo’s next two singles, “Deja Vu” and “Good 4 U,” showed the rock side of her songwriting. The pop-punk “Good 4 U,” released in May a week before her debut album “ Sour ,” stayed on the Hot 100 Top 10 for nearly 24 consecutive weeks, with the exception of a single week in September when tracks from Drake’s “Certified Lover Boy” took over nine spots.

It was in the process of writing “Deja Vu” with her producer and co-writer Dan Nigro that Rodrigo started leaning to a more alternative sound. In the song’s post-chorus — in which Rodrigo croons, “Do you get deja vu, huh?” — she and Nigro were torn between using an EDM-esque vocal chop or grainy synth riff. Rodrigo felt the vocals were “too poppy” for her and opted for the synth instead. “That informed a lot of the rest of [“Sour”],” she says, rather “than down-the-middle pop.”

Sonically, “Good 4 U,” which rode the recent pop-punk revival wave, instantly became a song of the summer. Lyrically, that and the not-so-subtle spite of “Deja Vu” only helped amplify Rodrigo’s rep as a voice of her generation, as her words quickly took hold on social media.

Rodrigo says she’s long been inspired by songwriters like Alanis Morissette and Gwen Stefani who “say things that are kind of shocking,” so tapping into that side of her songwriting was more exciting than daunting.

“I think it was so cool for me to write this snarky, angry rock song and put it out and have it be received so well,” Rodrigo says. “I’ve always looked up to girls who rock out and write these songs that are so brutally honest, so I was really proud of the fact that I could maybe be that person for girls growing up today.”

As for what’s next for the multi-platinum-certified artist, she’s expanding her songwriting horizons by “listening to a ton of music that I normally wouldn’t have listened to before,” and finding hope in the same young women she may have inspired.

“I go on TikTok sometimes and just look at all of the girls writing gorgeous songs on their acoustic guitar on their bedroom floor,” Rodrigo says. “I’m just so inspired by my generation of girls who are being so vulnerable and honest — even when it’s scary.”

Los Angeles-based singer, songwriter and producer Astn, who went viral on TikTok for his R&B remix of Billie Eilish’s “Happier Than Ever,” has signed with Warner Records. The R&B breakout star, whose real name is Austin Sanders, dropped his debut EP as Astn, “Tell Your Friends,” in 2017. Today marks the release of his first song with Warner, titled “Gradually.” “The song poses the question: Is it more agonizing to see someone you love vanish from your life all of the sudden, or slowly detach from you over time?” Astn said in a statement. “It’s about knowing this person is on their...
LOS ANGELES, CA・9 HOURS AGO
Variety

How Kylie McNeill, a Teen Without Internet Fame, Wound Up as the Voice Star of ‘Belle’ (EXCLUSIVE)

In an era of TikTok favorites getting record deals and lead acting roles, follower counts and blue checkmarks seem to be a requirement for getting a big break in Hollywood. It is therefore refreshing and rare when a 19-year-old from Manhattan with no internet fame whatsoever is plucked from relative obscurity and given the chance of a lifetime: voicing the protagonist of one of the highest-grossing anime movies in Japan of this past year as her industry debut. And, boy, does she have the pipes to prove she belongs in the big leagues. Much like her character Suzu in Mamoru Hosoda’s...
MOVIES・6 HOURS AGO
Variety

Madonna teased the idea of a stadium tour with Britney Spears on Instagram Live Wednesday. When asked if she will ever do a world tour again, Madonna responded, “Hell yeah. I have to. Stadium baby. Me and Britney, what about that?” “Not sure if she’d be into it, but it would be really cool. We could like, reenact the original [kiss],” Madonna continued, referencing her and Britney’s famous smooch at the 2003 MTV Video Music Awards. Spears hasn’t performed live since wrapping up her “Britney: Live in Concert” tour in October 2018, but now that the singer has been released from her conservatorship...
CELEBRITIES・2 DAYS AGO
wfav951.com

CHARLIE PUTH LOVES TIKTOK: Charlie Puth opened up about his love of TikTok to Apple Music’s Zane Lowe. He revealed, “It is a safe place, and what I fell in love with originally is that people are being quirky and vulnerable. Even recently there, as I do browsing late at night, I saw a kid who was crying because he didn’t get into Juilliard. I’m thinking to myself, I didn’t get into Juilliard either. I wonder if I should let them know that sometimes things end up the way that they’re supposed to like they did for me.”
TV & VIDEOS・4 DAYS AGO

Olivia Rodrigo Is Back in Her Favorite Sky-High Boots

Though she was born years after the decade ended, Olivia Rodrigo has mastered ‘90s style. Whether she’s wearing Vivienne Westwood-inspired tartan corsets, Blumarine ra-ra skirts, or vintage cheerleading outfits with black creepers, the 18-year-old music star has spent her stratospheric rise to music stardom over the past year showcasing her irresistibly fun, pick-and-mix approach to turn-of-the-millennium fashion in all its glory.
DESIGNERS & COLLECTIONS・1 DAY AGO
GMA

It's been 20 years since Mandy Moore starred in the coming of age film, "A Walk to Remember," which begs the question -- how would she feel about a reboot?
MOVIES・2 DAYS AGO
iHeartRadio

Mandy Moore thinks Olivia Rodrigo should take over her iconic role.
MOVIES・2 DAYS AGO
The Independent

For as long as she’s been famous, Gwen Stefani has been everything all at once. As the frontwoman of the pop-ska-punk group No Doubt, she was a day-glo Debbie Harry, sporting bindis, adult braces and layers of concert sweat. At gigs, she moved like Iggy Pop, her body as flexible and unpredictable as a spring. Once she went solo, she was a David LaChapelle portrait come to life – a hyper-real yodeller and pop queen who rapped about bananas alongside a troupe of Japanese back-up dancers. Her transformations were seamless, every one of them feeling as natural as slipping on...
MUSIC・2 DAYS AGO

Everyone remember those good old days when David Guetta‘s Titanium came out. The track, featuring Sia, became one of the first anthems of EDM. Back in the day, the concept of EDM was still floating around between different types of electronic music. Today, David Guetta has shared with us some exclusive footage of Olivia Rodrigo, when she was just 10 years old, singing this beautiful song. The talent was already there. Nobody could deny that the young little girl had a powerful voice. She was meant to become a star.
CELEBRITIES・9 DAYS AGO
mymixfm.com

GAYLE says Olivia Rodrigo is “so inspiring…Billie, too!”

Ever since GAYLE broke out with her hit “abcdefu,” she’s been compared to Olivia Rodrigo, thanks to the brutal honesty of her lyrics and her love of the F-word. Now, she’s revealed that while Olivia has definitely been an inspiration to her, Billie Eilish has been equally impactful, in terms of how to be “a bada**, powerful woman” in music.”
CELEBRITIES・7 DAYS AGO
musictimes.com

Is Olivia Rodrigo’s Next Album Coming Out Soon? Here Are the Clues for Singer’s Next Record

Olivia Rodrigo had an excellent 2021 for her career. After releasing her debut single titled "drivers license" in January 2021, her chart record went up, even after releasing her first album "Sour." Today, fans are still waiting for the follow-up and new music; when is the singer releasing a new record?
CELEBRITIES・8 DAYS AGO
Soompi

P1Harmony put their singing and dancing skills on full display on the latest episode of “Weekly Idol”!. The rookie boy group appeared as guests on the January 19 broadcast of the MBC every1 variety show, where they performed their new title track “Do It Like This” and played various games with the MCs.
MUSIC・9 DAYS AGO

NASHVILLE, Tenn. (AP) — It's been a peach of a past year for Justin Bieber, who leads the iHeartRadio Music Awards with nine nominations thanks to his two major collaborative hits of 2021, “Peaches” with Daniel Caesar and Giveon, and “Stay” with The Kid LAROI.
CELEBRITIES・1 DAY AGO
95.5 FM WIFC

Olivia Rodrigo, Billie Eilish, BTS, Halsey, Glass Animals and more are all nominated for the 2022 NME Awards, handed out by the famed British music publication NME. Halsey, who’ll receive the Innovation Award the night of the ceremony, is also up for Best Album in the World for If I Can’t Have Love, I Want Power. Olivia and BTS are both up for Best Song in the World for, respectively, “good 4 u” and “Butter.” The Kid LAROI and Justin Bieber‘s “Stay,” Lorde‘s “Solar Power” and Charli XCX‘s “Good Ones” are also nominated in that category.
CELEBRITIES・6 HOURS AGO
NYLON

It’s been a while since we’ve gotten an #OOTD from Olivia Rodrigo since the start of the new year and oh, how we’ve missed them. And with her latest Instagram post from, it seems that Rodrigo is stepping up her fashion game — and jumping on the micro-mini skirt trend — for 2022.
DESIGNERS & COLLECTIONS・1 DAY AGO
extratv

Has Olivia Rodrigo Split with Adam Faze? All the Clues

Olivia Rodrigo appears to have cut all digital ties to her boyfriend. The “Traitor” singer unfollowed both Adam Faze’s personal and professional accounts on Instagram amid rumors they’ve broken up. It’s unclear why the couple may have split, but we hear Faze is moving from Los...
CELEBRITIES・7 DAYS AGO
The Hollywood Reporter

LACMA previewed a new exhibit Wednesday night and if you happened to pore over the guest list thinking it was a roster for a summer music festival, few could blame you. The museum hosted Billie Eilish and her brother Finneas, Olivia Rodrigo, Jared Leto, Machine Gun Kelly, Lana Del Rey, Kelly Rowland, Karen O, Trent Reznor, Atticus Ross, Alexander 23 and members of No Doubt, among others, for the unveiling of Artists Inspired by Music: Interscope Reimagined. Timed to coincide with Interscope’s 30th anniversary, the exhibit comprises more than 50 pieces created by visual artists as inspired by albums and sounds...
MUSIC・1 DAY AGO